In response to the record heat, I am trying to move as little as possible. Even body heat is the enemy. Therefore, engagement in anything cultural becomes problematic, so I turn to two fine resources that combine entertainment with immobility: Netflix and the iPhone. This installment of “Don’t Look. Okay Look.” pays tribute to laying around the house. In one hand, I have an iPhone. In the other, a DVD remote control. I wait for the mailman to deliver whatever’s next in my queue.

Surfing the net on my iPhone, I discover that the next installment of Men in Black will have Saturday Night Live’s Bill Hader playing Andy Warhol. Lots of actors have played Warhol. Your first task is to decipher which of the images below contains the real Andy Warhol. Click on each image to uncover the truth. 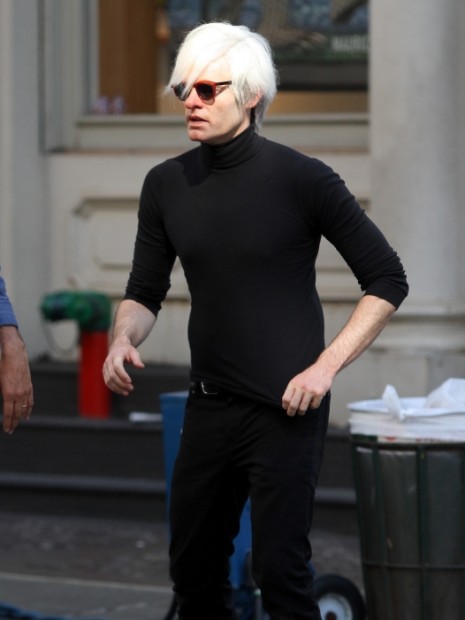 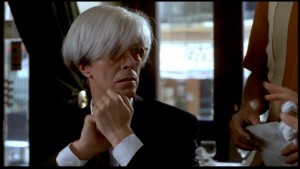 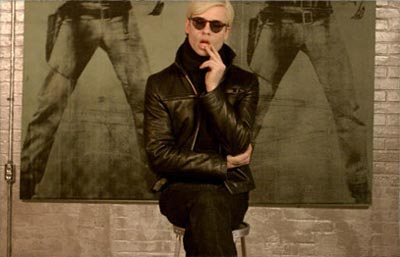 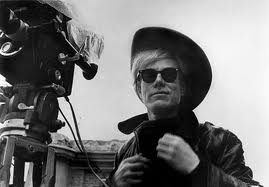 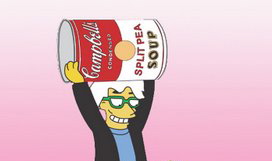 Other great artists have occasionally been portrayed on the big screen and some of these have been awesome performances. I like Ed Harris in Pollock with Marcia Gay Harden’s Oscar-winning turn as Lee Krasner. I like Jeffrey Wright as Jean-Michael Basquiat and I’m crazy about Colin Firth as Vermeer. But it is way more fun to talk about the losing efforts, so I now offer a few of my favorite hilariously bad performances.

Part Two: Which Argument Between The Pope And Michelangelo Is Funnier?

Exhibit A: The Agony and The Ecstasy, 1965, starring Charlton Heston as Michelangelo and Rex Harrison as the Pope.

Exhibit B: Monty Python Live at the Hollywood Bowl, 1982, starring Eric Idle as Michelangelo and John Cleese as the Pope.

Part Three: Laugh Out Loud at Lust For Life

Betsy Lewis is a writer who lives in Dallas but graduated from the same high school as Watchmen‘s Warhol, Greg Travis.

[…] IT WITH PAINT ROLLERS. Former colleague Betsy Lewis over on Glasstire has assembled amusing videos and images of actors portraying great painters, with the centerpiece […]