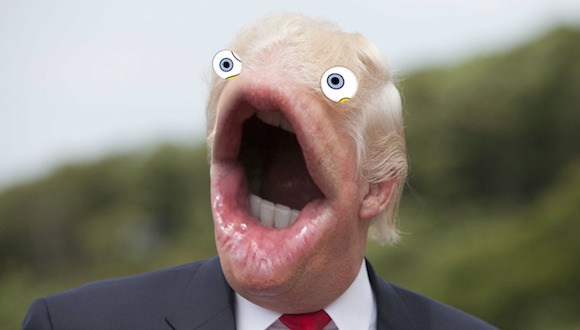 Last week, Glasstire reported that Houston artist Phillip Kremer was kicked off Instagram. Known for his grotesque, distorted photographs of celebrities, politicians, and babies, many thought his less-than-respectful portrayals of Donald Trump were the cause, although Instagram stated last week:

Although I’m not allowed to comment on individual accounts, I can tell you that the depictions of Donald Trump had nothing to do with the account being removed.

Houston Public Media reported that Kremer received the following email yesterday morning, telling him that his account had been restored:

As you probably know, your account was restored today. Our team did another review that took into consideration the artistic context of the account, and decided to reinstate.

We are very sorry for the confusion and strain the removal of your account caused, and appreciate your patience during the review.

“To this day, I really don’t know why it was shut down,” Kremer says. “I just know that it was reinstated because they considered the art factor of those pictures and what I was doing with them.”

If Instagram is “sorry for the confusion and strain the removal of your account caused” tell them to buy something.