To Paint and Sculpt in L.A. (or, Boosting Houston’s Art Ego) 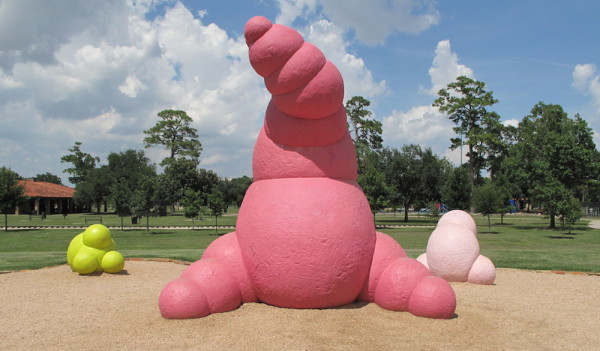 Houston-based artist Christian Eckart has put together an exhibition at Los Angeles’ Wilding Cran Gallery called “…a pointy toe boot up the backside” POST-ABSTRACTION FROM HOUSTON, which will open tomorrow. Eckart explains the title as “just another way of saying ‘howdy y’all.’ I like the idea of art being challenging and a bit of a kick in the butt, so to speak.” (Note on the somewhat clichéd Texan title: Eckart was born in Canada, lived in New York for twenty years, before settling in Houston in 2003.)

Although Eckart sees Houston as a world-class cultural center, he finds that the city’s major art institutions have long focused “on cultural import rather than home-grown output.” He hopes that this exhibition will help boost the city’s art scene’s self-confidence with “the external support drawn from increased viability in more established art centers like L.A.” and draws parallels between L.A.’s recent evolution as a major contemporary art center and Houston’s potential.