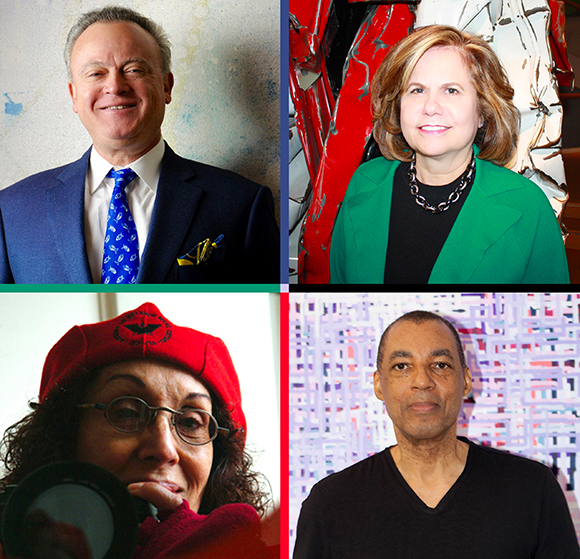 Art League Houston (ALH) has announced the selection of Rick Lowe as ALH’S 2020 Texas Artist of the Year,  Celia Álvarez Muñoz as the recipient of its 2020 Lifetime Achievement Award in the Visual Arts, and Mary & Bernardino Arocha as its 2020 Texas Patrons of the Year.

ALH has given its Artist of the Year Award annually for the past three decades; the award recognizes artists who have had a significant and positive impact on contemporary art in Texas. Past Artist of the Year honorees include Margarita Cabrera, Francesca Fuchs, Trenton Doyle Hancock, Terrell James, Amy Blakemore, Havel Ruck Projects, Rachel Hecker, Aaron Parazette, Mary Mcleary, The Art Guys, Louis Jiménez, Bert L. Long, Dr. John Biggers and others.

ALH’s Texas Patron of the Year recognition began in 1989 and is awarded to patrons whose efforts advance the work of Texas Artists. Anita &Gerald Smith, Jereanne Chaney, Lynn Goode, and Former Mayor of Houston Annise Parker are among the past awardees.

On the occasion of ALH’s 65th Anniversary as an arts organization, and 30 years on from giving its first Artist of the Year Award, ALH established its Lifetime Achievement Award in the Visual Arts. It recognizes artists who have made contributions to art in Texas and beyond for at least 40 years. The award’s past recipients include George Smith, Jesse Lott, Forrest Prince and Kermit Oliver.

“Mary Arocha was born and raised in Cuba. In 1979 she came to the U.S. to reside in Port Arthur, Texas, receiving a bachelor’s degree in Spanish from Lamar University, after which she worked for the next eight years with the Social Security Administration.

Mary met Bernardino Arocha and the couple were married in 1990, and subsequently launched Arocha Hair Restoration in 2005, expanding to four locations in Texas including Houston, Dallas, Austin and San Antonio.

The Arochas are devoted art collectors and have collected works for more than three decades. Their work in the arts include serving as co-chairs for the Glassell School’s annual gala, and Dr. Bernardino’s service on the board of the Contemporary Art Museum, Houston, The Blaffer Art Museum, as well as the Latin American Sub-Committee at the Museum of Fine Arts, Houston.” 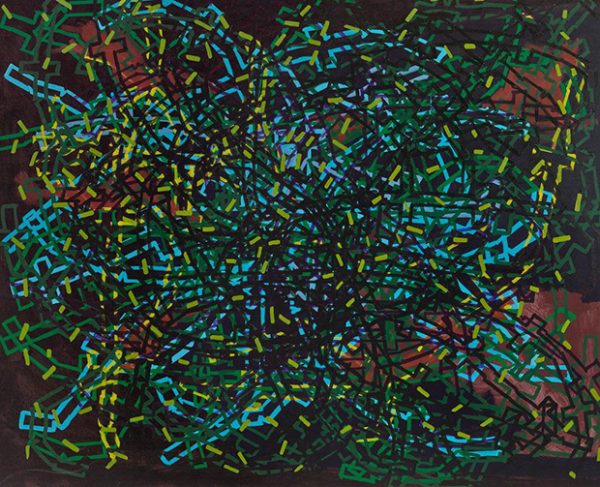 Via The University of Houston, where Lowe is Professor of Interdisciplinary Practice:

“Rick Lowe is an artist who resides in Houston, Texas. His formal training is in the visual arts. Over the past twenty years he has worked both inside and outside of art world institutions by participating in exhibitions and developing community based art projects.

Rick has participated in exhibitions and programs nationally and internationally. From 1993 to the present, he has exhibited at the Phoenix Art Museum; Contemporary arts Museum, Houston; Museum of Contemporary Arts, Los Angeles; Neuberger Museum, Purchase, New York among others.

In 1993, Rick founded Project Row Houses, an arts and cultural community located in a historically significant and culturally charged neighborhood in Houston, Texas.

Rick has worked as guest artist on a number of community projects nationally including the Watts House Project, Los Angeles, collaboration with arts consultant Jessica Cusick on the Arts Plan for Rem Koolhaus designed Seattle Public Library, the Borough Project for Spoleto Festival 2003, among others.  In 2013, He developed Trans.lation: Vickery Meadow as a project for the Nasher Sculpture Center.”

On Celia Álvarez Muñoz, via Marcela Guerrero and Michael Nock, for the the Hammer Museum:

“The conceptual multimedia artist Celia Álvarez Muñoz was born in El Paso, Texas, in 1937. When her father deployed to Alaska and Germany during World War II, her mother, aunt, and maternal grandmother assumed the task of raising her. She studied at Texas Western University (now University of Texas) in El Paso, taking mostly commercial art classes. Quickly thereafter she began teaching art to children. After relocating several times to different parts of the country, Álvarez Muñoz and her husband and their two small children returned to Texas, to Arlington.

In 1977, at the age of forty, she enrolled in graduate school at North Texas State University (NTSU; now University of North Texas) in Denton. There she took courses with the artists Vernon Fisher (b. 1943) and Al Souza (b. 1944), who influenced her conceptual practice across mediums, from artist’s books and photographs to installations and public works. While attending NTSU, she began work on her series Enlightenment. Comprising ten works and spanning roughly five years, Enlightenment tapped into her memories of growing up along the Mexican border in the aftermath of the Great Depression.”

“It’s a big honor to be recognized” Muñoz states in a text to Glasstire. “A lifetime of work is a lot of working hours in and outside your skin! It’s been a great adventure making other spaces [my] own, and exploring localities beyond [my] four or more walls. I was introduced to Houston’s eclectic diversity via an early show at the Transco Tower, and artist/curator Benito Huerta, who lived there then. I’ve made many good friends from Houston.”