COMIC RELIEF/ INQUISITIVE HELL: a response to Alejandro Diaz’s ‘It Takes a Village’ 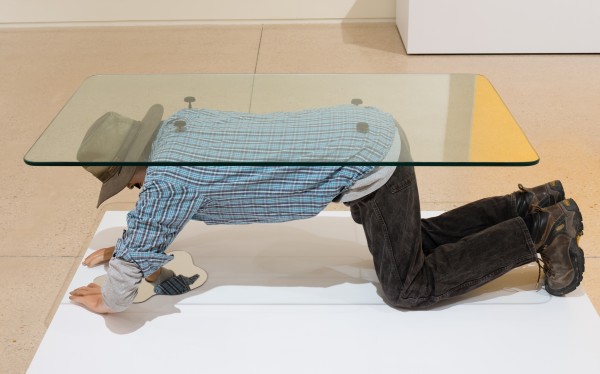 Here you’ll find some recurrent themes as well as some points of disagreement. Does any one of these provide the single “right answer” to our question? No.[1]

This exhibition makes an incongruent overview and will be answered in kind.

I shall not today attempt further to define the kinds of material I understand to be embraced within that shorthand description, and perhaps I could never succeed in intelligibly doing so. But I know it when I see it… .[2]

I’d rather the work was just about nothing, with no reference or arty innuendo.

Think about how often we create our own “threat” situations. We sometimes think or expect the worst, and mistakenly, feel it’s a way to avoid failure—hoping to be pleasantly surprised rather than disappointed by dreaming too big.[3]

Can’t define method not in interfaces… what is this? I’m struggling to find an explanation for this… what on earth is this? What does it mean? Can anyone clarify where this exception comes from?[4] 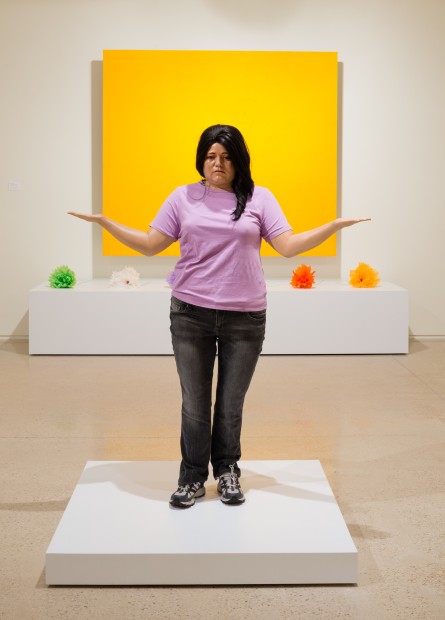 According to the Google N-gram viewer, the usage of the word “impossible” has steeply dropped since around the mid-twentieth century. But what does this tell us? Does it mean that fewer and fewer things are impossible? Does this mean that impossibility “as such” is in historical decline? Perhaps it just means that the conditions for possibilities as such are subject to change over time? Are both the possible and the impossible defined by historical and external conditions? To build a nation, Benedict Anderson suggested that there should be print capitalism and a museum to narrate a nation’s history and design its identity. Today—instead of print—there is data capitalism and a lot of museums. To build a museum, a nation is not necessary. But if nations are a way to organize time and space, so is the museum. And as times and spaces change, so do museum spaces. Contemporary art thus becomes a proxy for the global commons, for the lack of any common ground, temporality, or space.[5]

Playing just to win guides everyday actions with larger strategic goals built around the clear, essential elements that determine success— where to play and how to win.[6]

“We’re not naïve enough to think that we’re representing any existing situation. We are trying to show a possible situation that we believe is possible if we just make the necessary efforts.”[7] 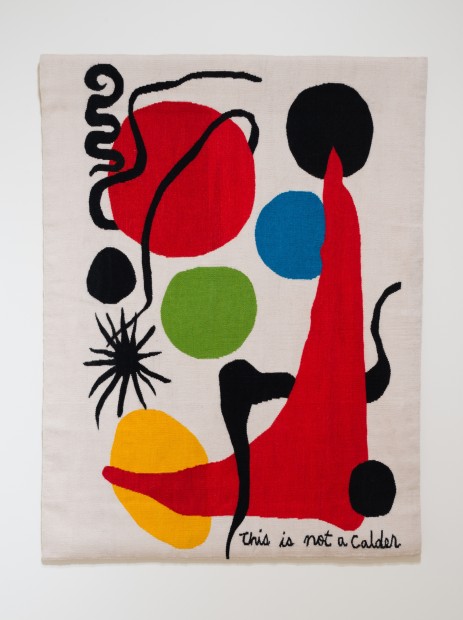 Humor comes in many flavors, any of which may appeal to one person but not to another, and which may be enjoyed in alternation or in combination. Burlesque: Ridicules by imitating with caricature, or exaggerated characterization. The association with striptease is that in a bygone era, mocking skits and ecdysiastic displays were often on the same playbills in certain venues.[8]

In doing so, giving the figure a banal, domestic function and thrusting it to some fanfare and consternation, into the real world.[9]

Using an existing provocation to provoke is cliché at best.

Declare war after being provoked. You want a solution that magically undoes what’s already happened after you failed to declare war? You’re probably out of luck there.[10]

Playing in the art history textbook:

…references are easy to recognize, often rather erudite with frequent nods to the art world.[11]

For geoscientists, the timescale of Earth’s history rivals the periodic table in terms of scientific importance. It has taken centuries of painstaking stratigraphic work — matching up major rock units around the world and placing them in order of formation — to provide an organizing scaffold that supports all studies of the planet’s past. “Welcome to the Anthropocene.” A hundred years is a heartbeat to a geologist.[12]

It’s hard to stomach how much time it takes to try something easier.

The point being, like Diaz’s work in the show, it’s all reference-reliant and confusing if you’re not “hip to it,” and pretty underwhelming if you are.

Yet art criticism lags on, both the subjects and styles of its reviews as isolated and protected as an artwork in a white cube. All of it, ignoring so much. Too often, we seek to industrialize our passions. We simultaneously demand creative and financial nourishment from what my grandmother’s friend once dismissively called “a hobby.”[13] 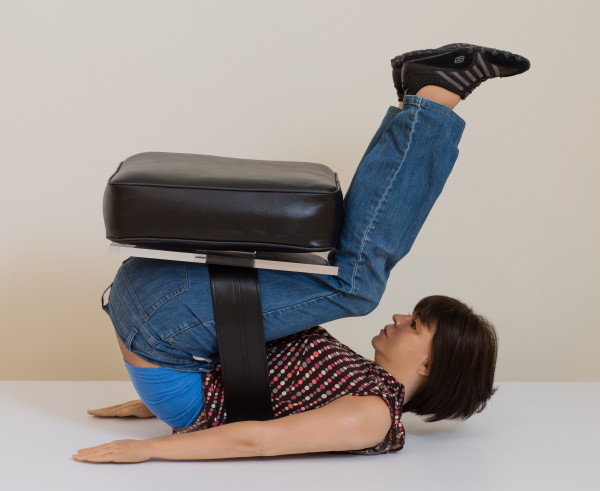 Call it Neo-Mannerism. We all know it. That ever-expanding assembly of anemically boring, totally safe artistic clichés reeking of transgression but not actually transgressing much. It’s everywhere, and it all looks the same. Nowadays we see endless arrays of decorous, medium-size, handsome, harmless paintings. All this work has readymade references to preapproved, mostly male painters, and of course it all calls up Warhol, Richter, Kippenberger, or Prince. All of this Neo-Mannerism is an art of infinite regress. Defensive. Predictable. Safe. Well-defended. If art comes from everywhere and everyone thinks differently, why does so much of what we see these days look the same? Reams of artists influenced by and using the same art-history, artists, styles, and stuff. All this art is dying to be understood. And it is, instantly, by everyone, in the exact same way. It’s all intellectual wallpaper, pricey placeholders, ham-acting, and showbiz. Enough.[14]

1. Nordquist, Richard. “What Is Irony? Definitions and Types.” About.com/education.

7. “There Must Be Another Way.” Wikipedia.

13. Cottingham, Steven. “No One Cares about Art Criticism: Advocating for an Embodiment of the Avant Garde as an Alternative to Capitalism.” Temporary Art Review, March 23, 2015.