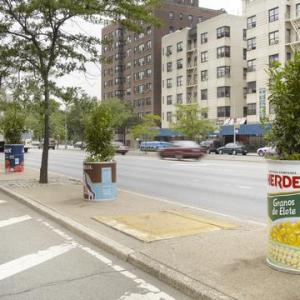 In 2008, the mayor of San Antonio initiated Luminaria as an annual one-night downtown arts celebration, focusing primarily on showcasing the works of San Antonio artists. Since then, it has grown and morphed but, this year, they’re throwing in some big transformations.

It’s changed from March to November (7th and 8th, 6pm-nidnight); from Hemisfair park (where it’s been since 2011) to the northern part of downtown (bookended by the SA Main Library and the new Tobin Center for the Performing Arts); from one night to two; from strictly local to include national and international artists; and from an open call format to a curated event.

Besides the lengthy and impressive list of artists (including former San Antonian Alejandro Diaz, whose work is pictured above), there’s also bunches of stages with music and, on Saturday during the day, there will be a number of sessions and panel discussions called the “Luminaria Convergence,” in conjunction with the 2014 Western Arts Alliance Institute.