SMU and Pastelegram Team Up for New Texas Art Magazine 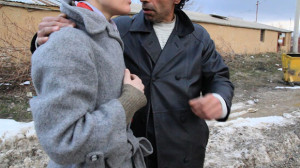 SMU’s Meadows School of the Arts in Dallas and Pastelegram, the non-profit art annual based in Austin, are collaborating on a new online art magazine called Coronagraph. The publication will feature “in-depth interviews between art thinkers and practitioners.”

Says Noah Simblist, the chair of SMU’s art division: “We wanted to create a platform that would allow for deeper conversation about artistic practice… to create a site that was unafraid to be too esoteric, theoretical or political, areas of discourse that are rare right now in Texas.”

The interviews will link Texas-based artists and writers to national and international ones, and feature talent from SMU and UT Austin. The interviews will fall under one of two headings: Objects and Acts, or Practices and Processes. The first three interviews have been posted here.

Thank you Noah! And congrats to you and SMU.