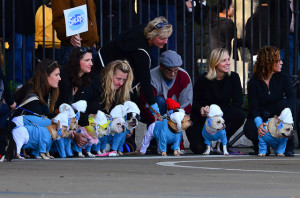 US News and World Report‘s new rankings for Graduate School of art and Design are out. Selected by polling deans and other academics in 2012, there were no Texas schools among the usual suspects at the very top of the long, long list. Texas schools that made the grade included:

I’m no dean, but based on a gestalt of press releases, artist resumes, exhibition invites, and opening chit-chat, I’d rank the US News’ Texas grad schools this way:

They weren’t so far off, after all!

University of Houston to Host Lectures by Coco...

I don’t know what it is like now, but the show “Out of Commerce” at the MAC suggests that Texas A&M Commerce had a good run!

the faculty for the grad program in Commerce is pretty solid. i think that should be taken into consideration.

A lot of work coming out of UT Tyler over the last few years has been pretty impressive too… They should probably be higher on the list also.

I can’t speak for the whole school, but there are going to be some really strong grads coming out of UNT’s new media program. Keep an eye on them.