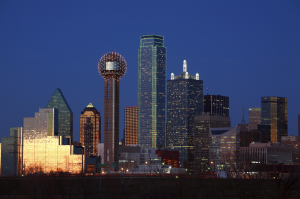 It’s become common practice for Texas cities to designate artists as pre-qualified for upcoming public art initiatives based on a biannual Call for Submissions. The City of Dallas Office of Cultural Affairs Public Art Program received 257 submissions by the September 18 deadline and has now announced the 50 artists it has selected for approval, who will remain on the pre-qualified list for projects the next two years. “The Public Art Committee selected 50 finalists for approval by the Cultural Affairs Commission, which accepted their recommendations in a unanimous vote during their meeting on Thursday, November 20, 2014.”

(There are six projects slated for emerging artists in Dallas for 2015.)

The following artists were selected:

Go get your eight percent; you’re pre-qualified! Sounds like one of those unbelievable credit card scams. No sour grapes here; I never even took the time to even apply. And I feel real bad, loser like, about it… Sort of, not really. I wonder what hoops to Medicies(*?) made their artists leap through.
Public art…do we hafta!

Congradualations to all the artists. Dallas has plenty of room for more public art. Just remember that public art takes a real beating, so keep it simple and solid.