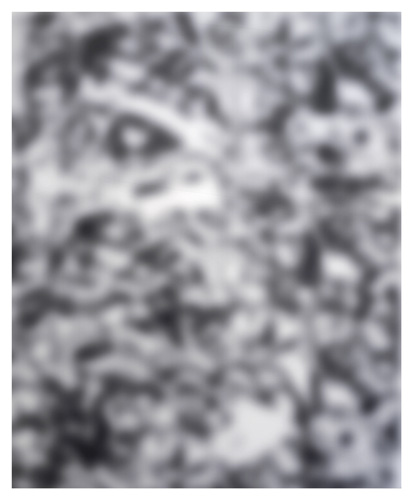 In 1989, Flying Toasters became a computing phenomenon. The screensaver typified personal computing in the nineties as toasters flew across monitors all over America. The program was a successful combination of originality, absurdity, and allusion that mesmerized onlookers. Jeff Elrod and Jeremy DePrez’s exhibition Fantasy Island at Texas Gallery has the same peculiar allure.

Elrod’s and DePrez’s works don’t fuse together. Like wings on appliances, their symbiosis is jarring at first glance. Yet, the juxtaposition amplifies each artist’s strengths. Elrod’s meticulous surfaces and precise color choices are undeniable, while DePrez’s sincerity is emphasized next to Elrod’s clean distance. Despite stark differences between the newly-minted DePrez and the established Elrod, there is an undercurrent of deep respect between the artists. Elrod and DePrez both reconsider what painting can be and in this exhibition their voices register on the same frequency. 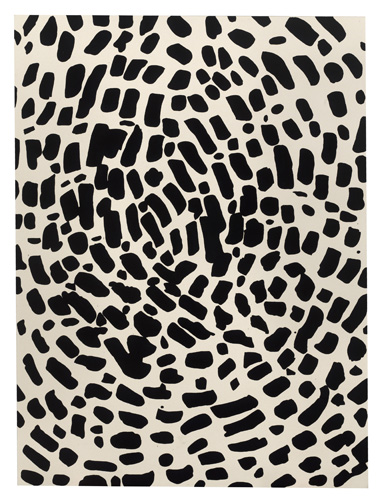 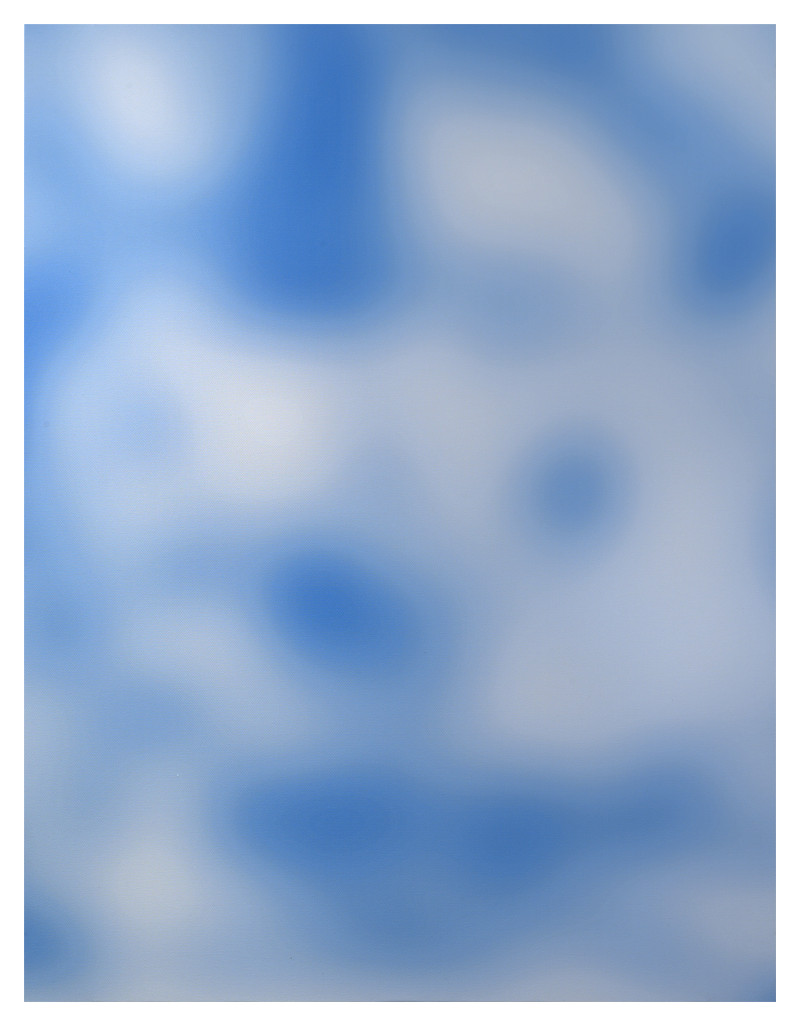 One difference between the two painters is their choice of medium. DePrez paints only in acrylic and oil but Elrod’s “paintings” are produced mostly via large-scale digital printing, seamless in their deception. Even though Elrod does use paint on some of his canvases, the overall effect is an illusion of painting’s illusion.

Both artists are consciously flippant in their grandiosity. The exhibition is presented like a grouping of eighteenth century history paintings—sans gilded frames—and yet both artists deny the painterly tradition: Elrod, via lackadaisically printing the majority of his work, and DePrez, through awkward paint application and intentionally misshapen canvases. Instead of Leda and the Swan, Elrod depicts blurry patterns and gestural marks as if from a ten minute Wacom session. Despite an interest in simulacra, photorealism, and op-art, the crux of Elrod’s work is its archaic presentation as grand painting. His giant graphic prints are similar in size and presentation to a Velasquez or DeKooning, but his subject matter falls refreshingly outside the traditional painting canon.

Elrod’s images are impeccably realized and consciously flawed. His paintings are like lava lamps: poor excuses for molten rock but sublime as transparently faked simulations. One of the most mesmerizing, Blue Cheer, is like a desktop background cloudscape draped over an actual window. Elrod’s images never come into focus, forcing onlookers to activate their eyes, struggling between seeing the paintings as windows looking onto another world, or as an entities more akin to a smoke signal or hologram. However, unlike op-art, the familiarity of Elrod’s forms keep one afloat in a wading pool of association from graffiti to the 8bit sky in Super Mario Land. 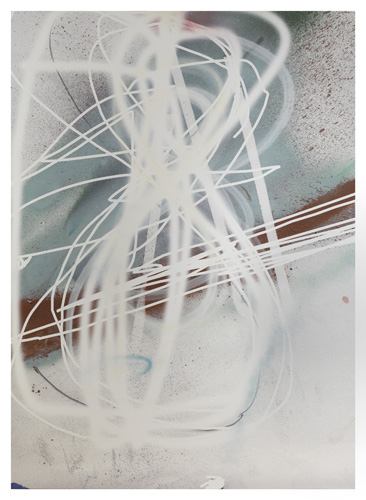 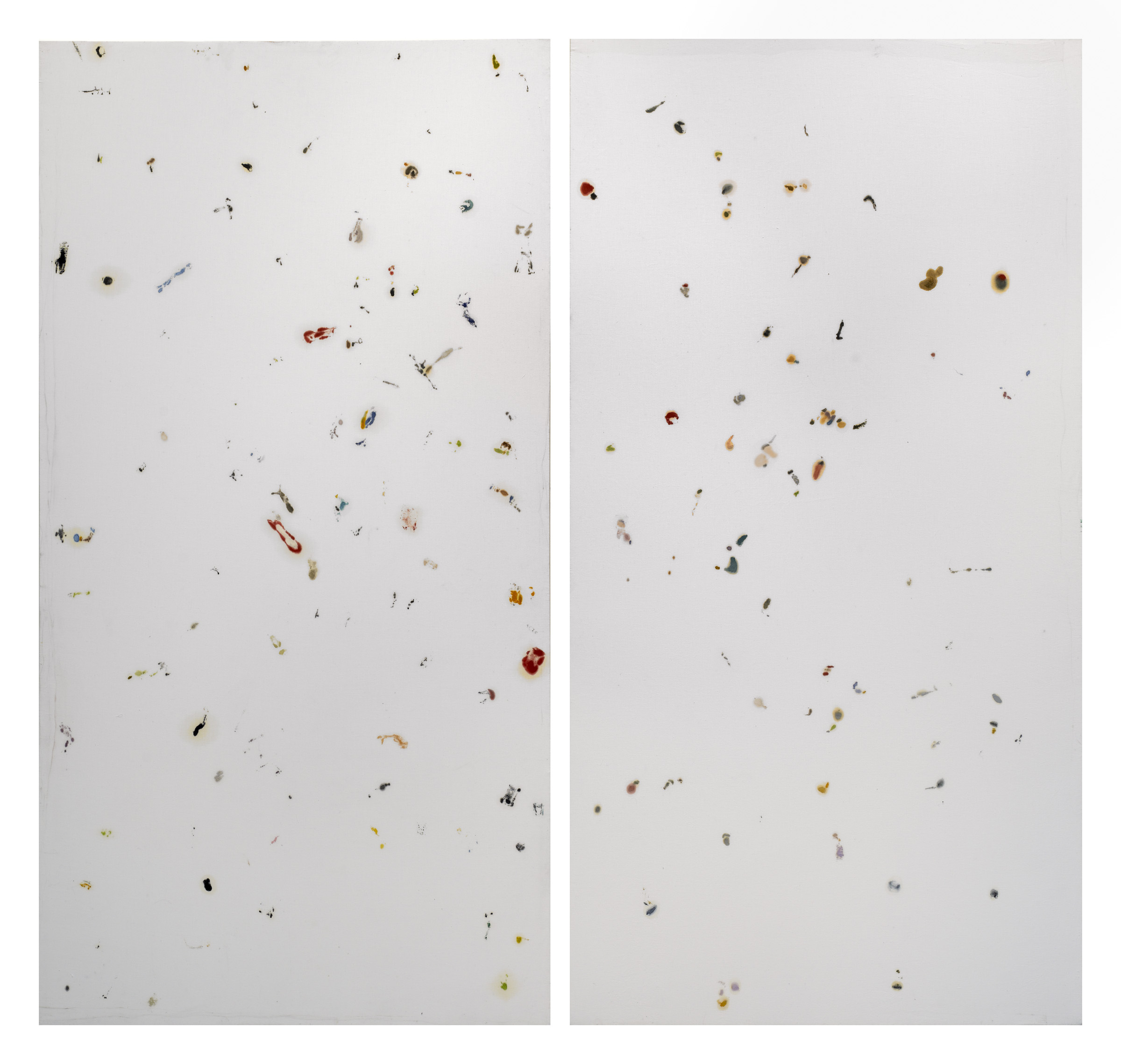 DePrez’s paintings don’t play with the physiology of sight; they invite interpretation through allusions. Random Weapons and Loose Body Parts references the colors and shapes of action figures. Small, anthropomorphic color swatches are a fallen army of plastic heroes. Instantly viewers recall childhood memories of dolls and soldiers scattered across the floor. 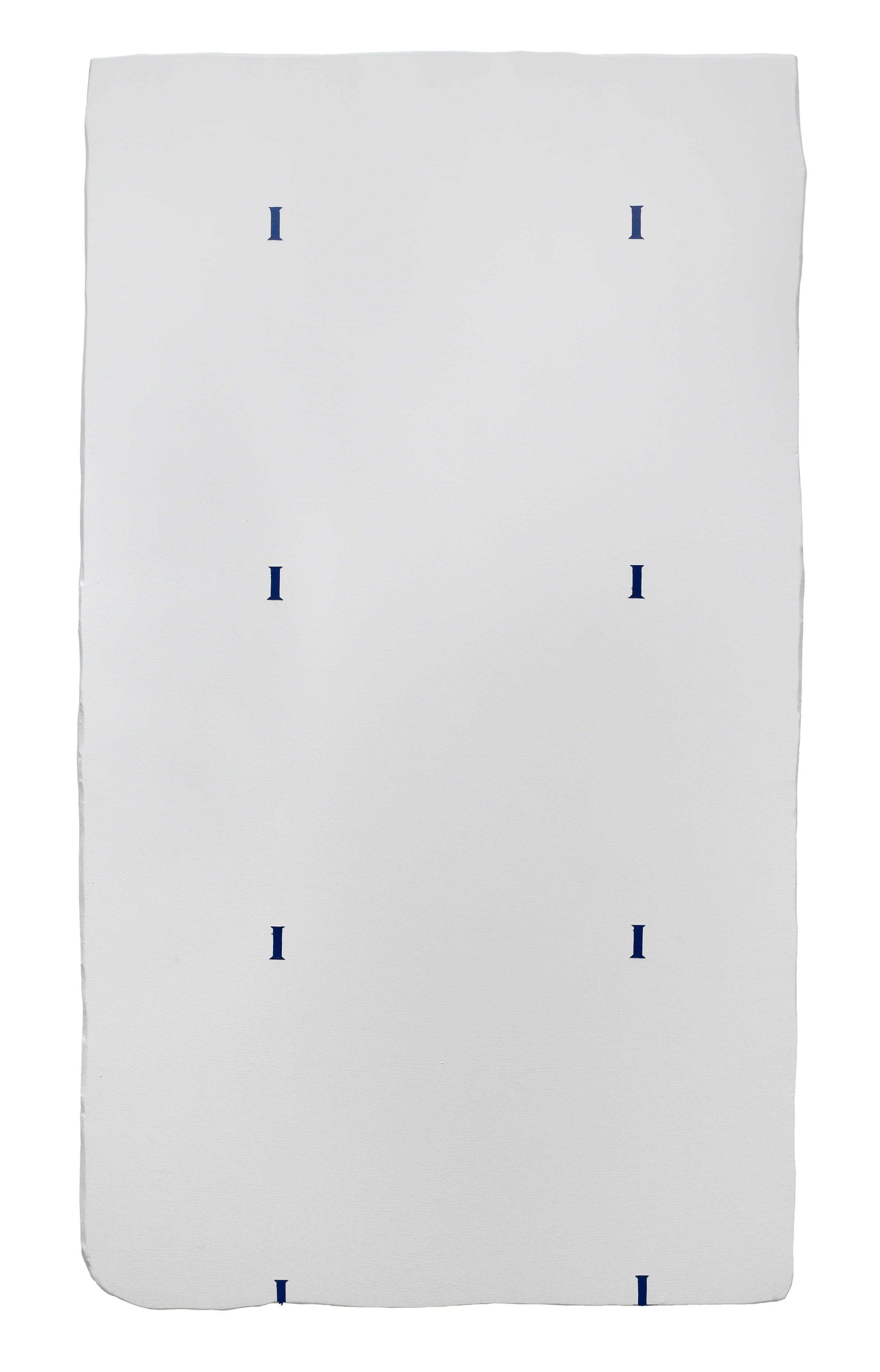 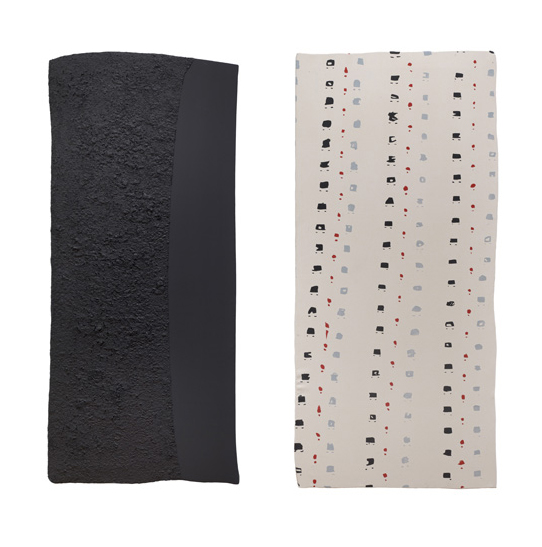 Not immediately seductive, DePrez’s paintings are unflinchingly honest with a tinge of self-consciousness. Pieces like I,I,I,I,I,I,I,I  are anxiously worked over, as if they were being made in front of a panel of sneering judges. Still, the boldness of DePrez’s scale and the frankness of his compositions maintain a balance between anxiety and affirmation. One of his most successful pieces is Untitled (Milton) and Untitled (Harriet), two paintings hanging side by side. The clumsy, irregular canvas shapes and precisely haphazard paint placement gives the pieces a human quality, allowing for a natural conversation between them as if they were casually debating where to eat. 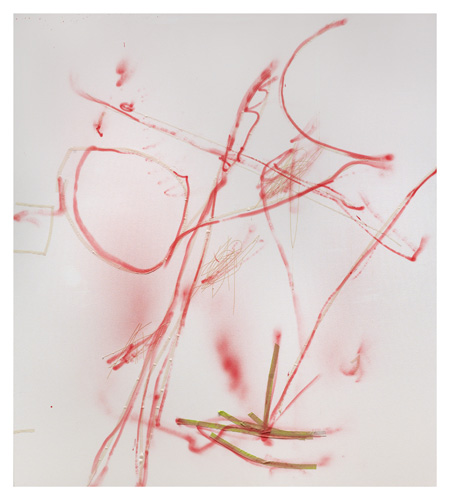 Fantasy Island establishes a rare stasis between the history of painting and ephemera of postmodern visual culture. Like a personalized screensaver on endless loop, Elrod’s and DePrez’s paintings consistently defy what came before them.

Jeff Elrod and Jeremy DePrez: Fantasy Island is on view through July 6, 2013 at Texas Gallery in Houston.

I don’t really view these pieces as memetic simulations, they are abstractions, which in my mind leaves little room for the direct personification of human qualities. I think they have more to do with the picture plane and image than any commentary on technology or the canon of painting. Nice article, very nice pieces, I enjoy the relationship between the two artists work quite a bit.

Why are the sizes always missing/ Love this work in the postage stamp scale herein.