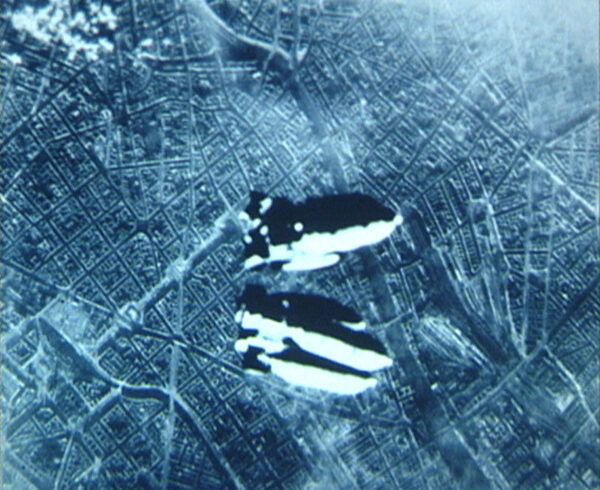 Harun Farocki, “Images of the World and the Inscription of War,” 1988, B&W and color, sound, 4:3, 16mm film, 1:17:03 minutes. Image copyright of the artist, courtesy of Video Data Bank, www.vdb.org, School of the Art Institute of Chicago.

From Fotofest:
“The three-part exhibition features four films by artists and filmmakers whose work has been inspirational to the conceptual development of the upcoming FotoFest Biennial 2022 exhibition If I Had a Hammer. The presented films explore, through varied methods and approaches, the ways the circulation of images both inform and reflect social movements, political ideologies, and cultural imaginaries.”

From Benito Huerta:
“This exhibition utilizes the title from the popular television soap opera As the World Turns, which began airing in 1958. Looking at events in our current world reminds us of similarities to events of the 1950’s – possible war with Communist Russia, the threat of nuclear war, and ongoing research to attempt to find cures for diseases. The works in this exhibition draw parallels between some of these past and current issues.”

From Un Grito Gallery:
“Bewilderment is a selection of paintings made over the last 2 years. The title refers to a quote from Tarjei Vesaas’ The Boat in the Evening; ‘Bewilderment increases in the presence of mirrors.’

Jason Willome works across a range of mediums, investigating the tension between the mental and the physical. At the heart of Willome’s practice is painting – a medium that he treats in a uniquely tactile way. His work rubs together competing aspects of pictorial space and surface, or illusion and sculptural form, exploring moments of paradox and metaphor in the picture where image crosses into the space of the viewer. His recent paintings depict disasters and wreckage – flooded or snow-filled landscapes with only traces of human presence – created by pours of house paint, faux painting techniques, and other surface artifacts that attenuate the representational space and frame it as fantasy – a reflection of the willful ignorance and softened reality of the current moment.” 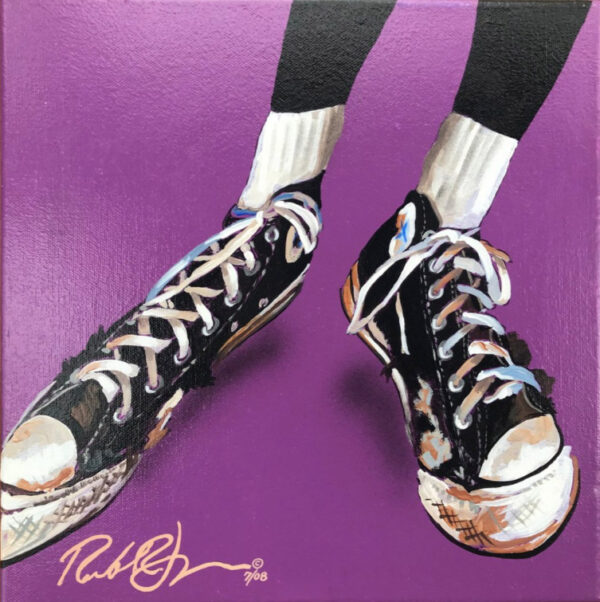 From the San Marcos Art Center:
“Many San Marcos locals are familiar with the large diversity mural that was unveiled on January 16th, 2021 off the corner of LBJ Dr. and Martin Luther King Dr. near Downtown San Marcos. The artist of the mural, Robert R. Jones, is set to unveil a new exhibit of original works at the San Marcos Art Center starting April 6th through April 30th. While the diversity mural, titled “Celebrate”, was the largest piece Jones has created, totaling at 16 panels and 500 hours of work, Jones’ new exhibit exhibit, ‘Walking in My Shoes’ will show a series of paintings and prints reflecting on the experiences of the artist’s life.” 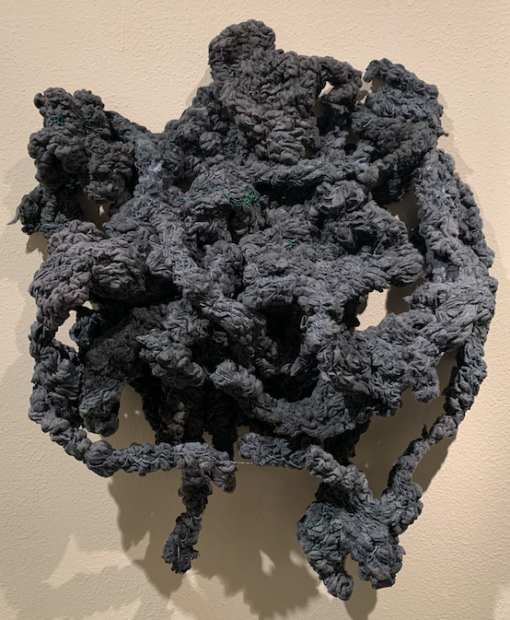 From LHUCA:
“Huriah Heravi will be celebrating her MFA exhibition addressing issues found in the complex relationship between totalitarian and suppressive societies. Her sculptural work consists of non objective highly textured pieces that have roots in clothing and other found materials often with a connection to her native Iran.”

FotoFest Announces Theme and Title of its 2022...