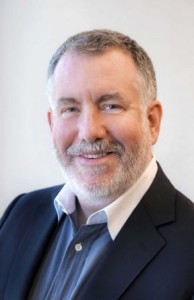 FotoFest has announced that it has named Steven Evans as its new executive director. This is more than the usual arts administrative appointment—the Houston-based organization’s international photography biennial has been run by its founders, Wendy Watriss and Fred Baldwin, since its inception more than 30 years ago.

According to Molly Glentzer’s Houston Chronicle article, FotoFest has been looking around for a director for four years, conscious that founder-run organizations present unique difficulties in passing the torch and the mission. But Evans seems very aware of the situation. “I feel like I’m standing on the shoulders of giants,” he stated.

Evans has been serving as consulting manager of San Antonio’s Blue Star Contemporary Art Museum since June, after long-time director Bill FitzGibbons stepped down. (It was announced yesterday that Mary Heathcott will be stepping in as Blue Star’s new executive director.) Evans moved from New York, where he spent twenty years at Dia Art Foundation, to act as executive director and curator for the Linda Pace Foundation in 2010.

OFF-TOPIC POSTSCRIPT: If the Artpace/Pace Foundation dance isn’t hard enough to follow, try tracking the Evans/Heathcott/Dia/Menil chronology: Heathcott also served for a while as interim managing director of Artpace after Matthew Drutt left, where he was director after he left the Menil Collection, a few years after Paul Winkler resigned in protest. Dia was founded by Philippa de Menil, her husband Heiner Freidrich, and art historian Helen Winkler (Paul’s sister). Feel free to fill in the family tree gaps in the comment section. It’s a small artworld!

AND Anthony Winkler (Paul’s son) was ED of Fotofest briefly in the aughts, before moving to Washington state, where he now runs a farm!