The Contemporary Art Dealers of Dallas (CADD) and Maddrey have announced that Dallas-based artist Angela Faz is the winner of the organizations’ second-annual CADD x Maddrey Artist Prize. 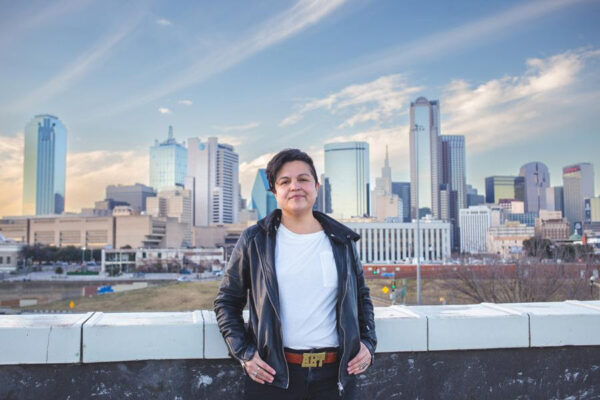 The Prize, which was begun in 2020 and was open to Black artists, is designed to highlight and “champion historically underserved and underrepresented groups of the Dallas arts community by offering quantifiable support.” This inaugural award was given to Ciara Elle Bryant. The 2021 edition of the Prize expanded eligibility, opening submissions up to all BIPOC (Black, Indigenous, & People of Color) artists working in the Dallas area.

In their work, Faz addresses social injustice and environmental issues surrounding the Dallas area. Their pieces take the form of prints, installations, and other mixed media works. In a recent review of Faz’s show at the Fort Worth Community Arts Center for Glasstire, writer Lorraine Tady broke down the artist’s exploration and personification of North Texas’ Trinity River, which Faz investigated for the exhibition.

Faz mentions this project in a quote to Glasstire: “I’m very excited to receive this award at a time in my life when I feel I am creating my best work. The Arkikosa project brings to life the idea of a river autonomous from the City of Dallas and mirrors my journey to free myself from the gender binary.” They continued: “The Arkikosa project was the first of many iterations and has been a fertile project to explore the animacy of the river and ‘activate’ in a variety of physical artworks, performances, tangible facts, and objects. I am eager to expand further my investigation of the Arkikosa in upcoming multi-disciplinary endeavors.” 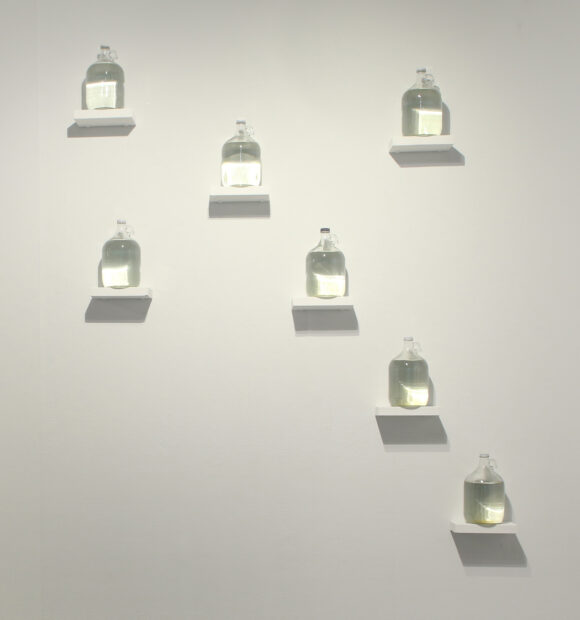 Installation view of Angela Faz’s show “The Grammar of Animacy” at the Fort Worth Community Arts Center. Image via the artist

The jurors for this year’s Prize included Vivian Li, Angel Cabrales, and Christopher Blay. Mr. Blay, who formerly served as Glasstire’s News Editor and is now the Chief Curator of the Houston Museum of African American Culture, gave Glasstire an insight into jury’s decision to choose Faz for the award, saying, “It was a daunting task between me and the other jurors to select just one artist, but Angela’s work was what we kept coming back to. Like the artists we narrowed on, Angela’s work has social consciousness at its core, and incorporates those values in ways that go beyond art practice into advocacy, benefiting us all. Congratulations to Angela and all the artists considered for the CADD Prize.”