A ‘Story’ and a ‘Song’: Two Melvin Van Peebles Films at the MFAH 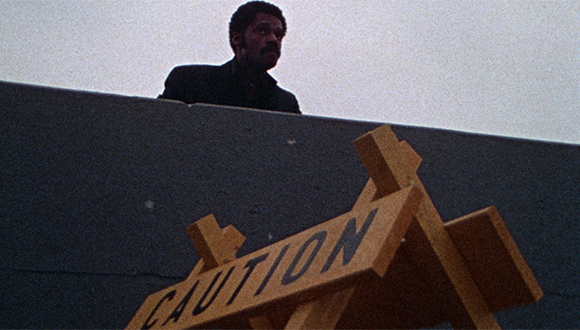 There’s no classifying the great African American multidisciplinary artist Melvin Van Peebles (1932–2021), nor the body of films, plays, novels, music, etc. that he left behind. With an experimental spirit and unrelenting tenacity, Van Peebles continually refuted rigid definitions and hierarchies. His films of the 1960s and ‘70s were groundbreaking in both subject matter and aesthetic sensibility, and upended conventional notions of what a film could be, how a film could be made, and who a film could reach.

This week, the Museum of Fine Arts, Houston will celebrate the trailblazing “godfather of modern Black cinema” with the first proper theater screenings of his films in Houston since his passing in September. Digital restorations of his essential first feature film The Story of a Three Day Pass (1967) and his third and most-known film Sweet Sweetback’s Baadasssss Song (1971) will each screen twice in MFAH’s new Wyatt Theater. John Guess Jr. of the Houston Museum of African American Culture will introduce the first screening of Sweetback’s.

Van Peebles began writing and making short films while living in San Francisco in the late 1950s, only to receive closed doors and insults from the segregated American film and publishing industries at the time. He’d all but given up when he was invited to screen his short films at the Cinémathèque Française. He moved to Paris, learned French, and quickly blossomed as a journalist, novelist, and playwright. After establishing himself as a published writer there, he was able to gain membership to the French film director’s guild and received a sizable government subsidy to adapt his story La permission for the cinema. This opportunity to make a feature film with complete creative control over all aspects would have been unfathomable in the Hollywood system. 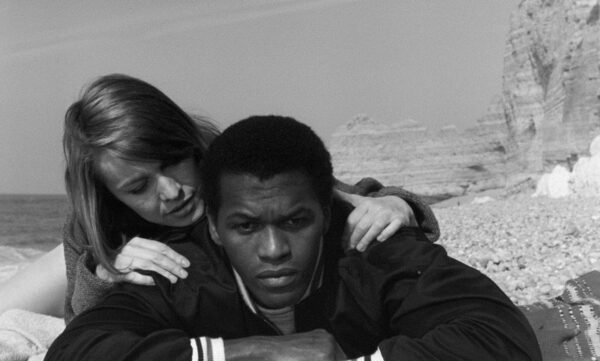 That feature film debut, The Story of a Three Day Pass (1967), stars Harry Baird as Turner, a Black American GI stationed in France who is granted a three-day leave from base and falls fast into a romance with a white Parisian. The film’s unique portrayal of interracial intimacy and the distortions of racism stand in stark contrast to the handling of similar themes in Guess Who’s Coming To Dinner, released later the same year. The stylistic innovations through which this love story is told are surprising expansions of film language.

Movements, repetitions, jump cuts, freeze frames, found footage inserts, and experimental use of sound all serve to express the characters’ inner lives and perception shifts. Van Peebles invents the “floating walk” double dolly shot (famously adopted by Spike Lee) in an epic bar scene in which the main characters first meet, and he gets at Turner’s inner conflicts through composited mirror interactions between the character and his own nagging subconscious. In addition to writing and directing, Van Peebles also created the music for the film with a fellow expat, jazz guitarist Mickey Baker. 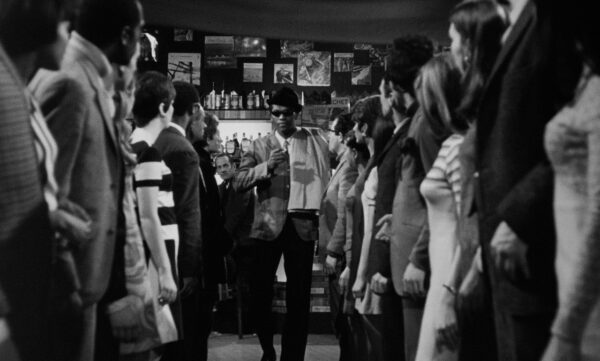 The impressive Story of a Three Day Pass landed Van Peebles back in the United States in a whole new light. Embarrassed that they’d driven away such a talent, Hollywood was now knocking on his door. He got a deal with Columbia Pictures and moved to Los Angeles to direct the subversive satire Watermelon Man (not included in the museum’s screenings). Despite the success of that film, he’d had enough of the hassle of trying to change things from inside a resistant and controlling system. To unapologetically center Black consciousness and reflect a rapidly mounting sense of frustration and rebellion in the streets, he would need to make his next film on his own terms. 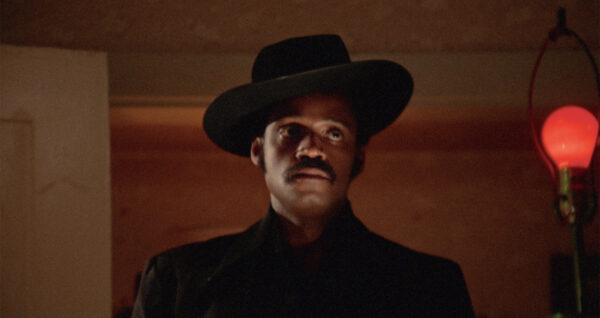 Van Peebles independently produced, wrote, directed, starred in, edited, composed the musical score for, and marketed Sweet Sweetback’s Baadasssss Song (1971) — the opus that would send shock waves through the culture and the landscape of American cinema. Shot primarily in the Watts area of Los Angeles, the film’s story centers on a sex-show performer who’d grown up as an orphan in a brothel. Witnessing racist police brutality, he is driven to a pivotal act of violent rebellion and then goes on the run to evade the authorities.

Rather than one kind of movie, it might be thought of as the interplay of two different, simultaneous movies: one, a central narrative film about a hero’s origin, resistance, and escape; the other, an experimental film (a “baadasssss song”) conveying the psychological experience through abstraction, symbolism, and disjointed remix of the narrative. While the film’s main character actually says and emotes very little, it is Van Peebles’ aggressive manipulations via editing, superimpositions, split screens, color-processed imagery, sound, and music that create the momentum of the man and the urgency of the allegory. The film’s music, created by Van Peebles with then-unknown band Earth, Wind & Fire, arrives in bold drops, cuts, and crossfades of alternating gospel, soul, and spoken word. 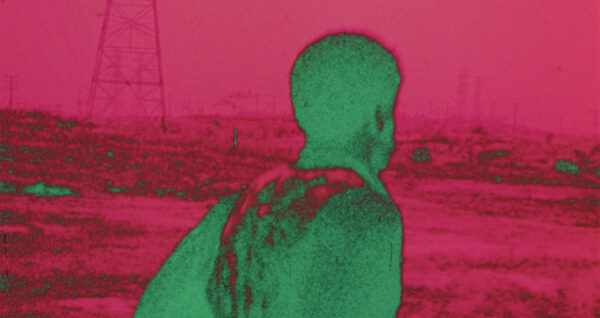 The mere existence of Sweet Sweetback’s Baadasssss Song is pretty miraculous, let alone its huge financial success (grossing over $15 million in 1971) and catalytic impact on Black arts, independent filmmaking, and Hollywood. While thought leaders were still debating the film’s Black representations, and Hollywood had begun feverishly co-opting its style and market, Van Peebles was already on to his next projects — simultaneously mounting not one, but two Broadway shows. Jumping fences, subverting categories, and modeling unlikely possibilities was his way.

It’s a fitting tribute to Melvin Van Peebles to revisit and grapple with two of his fantastic independent films — one made in Paris amidst the height of French New Wave cinema, and the other made in Los Angeles during the height of the Black Power movement. The MFAH’s upcoming presentations are very rare opportunities to watch The Story of a Three Day Pass and Sweet Sweetback’s Baadasssss Song on the big screen as they were made to be seen. In addition to the Houston screenings (info below), there are a handful of other Texas presentations of Sweet Sweetback’s in the coming week, including screenings in Austin, Dallas, and San Antonio.