Houston’s Rice University has announced that its new Visual and Dramatic Arts (VADA) building will be designed by noteworthy architectural firm Diller Scofido + Renfro (DS+R). DS+R’s past projects include the High Line, an elevated park in New York City; an expansion to New York’s Museum of Modern Art; the United States Olympic & Paralympic Museum in Colorado Springs; the Broad Museum in Los Angeles; and the most recent redesign of the Juilliard School. 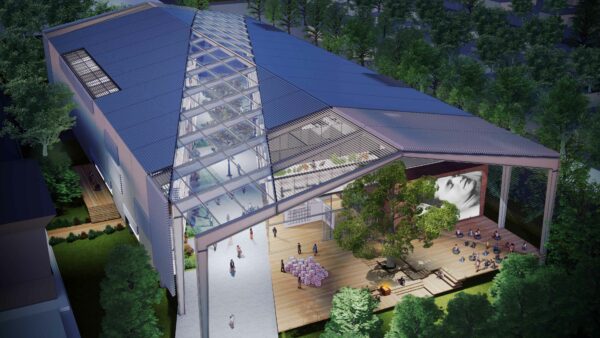 Aerial of Susan and Fayez Sarofim Hall from the northwest. Courtesy of Diller Scofidio + Renfro

The project leader for the Juilliard remodel, Charles Renfro, will head up the design team for Rice’s VADA building. Renfro is a DS+R partner and Rice alumnus. Born in Baytown, Texas in 1964, he has a Master of Architecture degree from Columbia University and is currently based in New York City. In a press release from Rice, University President David Leebron said he was, “excited to see Charles Renfro’s extraordinary artistic vision and unique understanding of our campus culture and history shape the design of this important new facility.”

Rice has also revealed that the new VADA building will be named Susan and Fayez Sarofim Hall in honor of the philanthropic efforts of the Houston couple. Billionaire businessman The Sarofims are longtime art patrons and collectors; an exhibition of their collection recently closed at the Museum of Fine Arts, Houston. The museum’s campus is named after the couple in recognition of their contribution to the institution’s recent $450 million campaign. 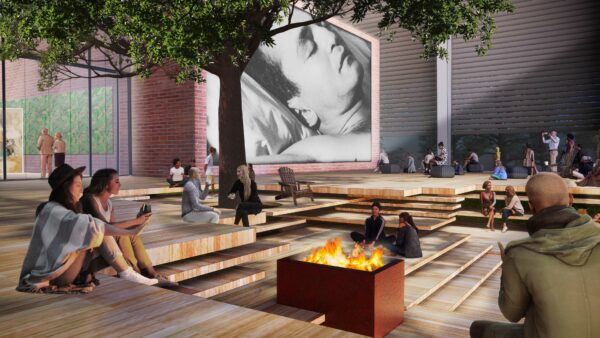 According to Rice’s University President Leebron, in a separate press release on Rice’s website, “Sarofim has once more made a tremendous difference for the arts in Houston, and we are incredibly indebted and proud to be able to recognize his support with a building named in his honor.” 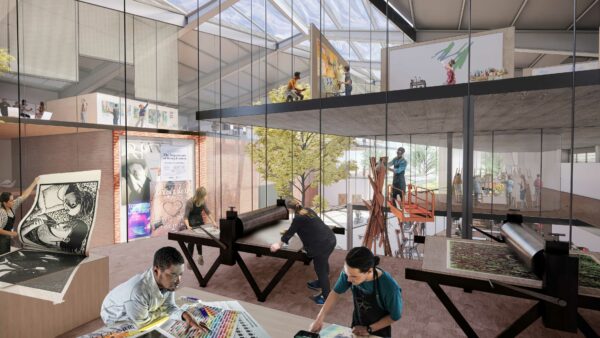 Sarofim Hall’s design will pay tribute to Rice’s now defunct Art Barn and Media Center, which were hubs for the University’s creative community for fifty years. A press kit from DS+R refers to those former buildings as “much-loved but obsolete,” while the new plan is described as “an extroverted mini campus.” This past July, Glasstire published an essay by Robert Boyd on the Media Center’s last night. In that piece, Boyd remarked on the pre-fab metal buildings that housed the Media Center and Art Barn:

They weren’t built to last, and they haven’t. In this way, it’s not a tragedy that the Media Center is being torn down on its 50th anniversary. It has lived a long and productive existence. (Its sister building, which housed the Rice Museum for many years and was affectionately called “the Art Barn,” was converted to housing the continuing education department in 1987, and finally torn down in 2014.) 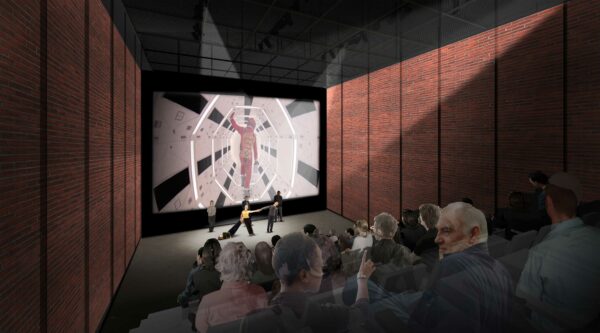 According to one press release, the new VADA building “will be an inventive take on the prefabricated building,” that will house “exhibition areas, labs, studios, shops, faculty offices and other facilities.” In that same press release, Renfro comments, “Sarofim Hall will not only bring [cross-disciplinary] programs together for the first time [at Rice], but also facilitate experimentation and collaboration between disciplines through the use of open, transparent, indoor/outdoor and public-facing space.”

The new building will be adjacent to the university’s Moody Center for the Arts, which opened in 2017. 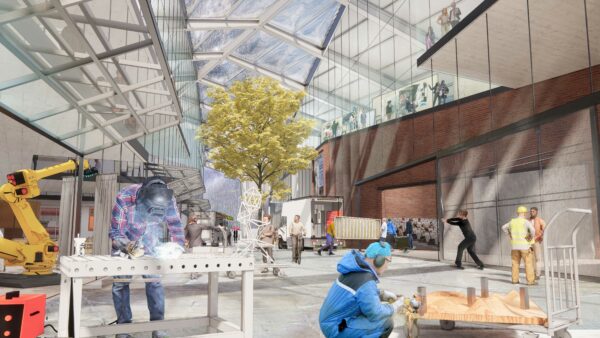 DS+R anticipates groundbreaking for the new building to occur in 2022, with a completion date of 2024.

Designing for climate may not be their strong suit, but these renderings are a hot slap in the face (e.g., 100% skylit interior, open fire-pit outdoor landscape). Hope it wakes someone up!