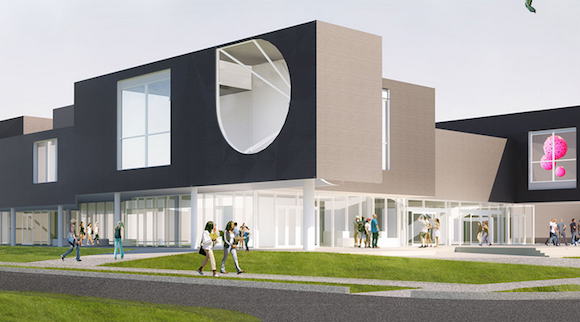 As recently reported by the Houston Chronicle and Artforum, Rice University’s new Moody Center for the Arts (MCA) will open to the public in February 2017. Although last year’s press release stated that “the interdisciplinary center will provide space for arts education, performances and gallery exhibitions on campus and promote collaborations with Houston’s world-class art museums,” current press seems to focus more on “cross-disciplinary learning.” Let’s hope they haven’t given up on their original goal of being less insular.

Rice Gallery will close, but Director Kim Davenport will continue to oversee temporary, site-specific installation art at the MCA, as she has brilliantly done for twenty years. The Moody’s first artist-in-residence will be Mona Hatoum, a Palestinian artist whose work is currently featured in a retrospective at Tate Modern. She will start the residency in spring and will work on producing pieces for her late 2017 show at the Menil Collection.

Rainey Knudson and Kimberly Davenport to Speak about...