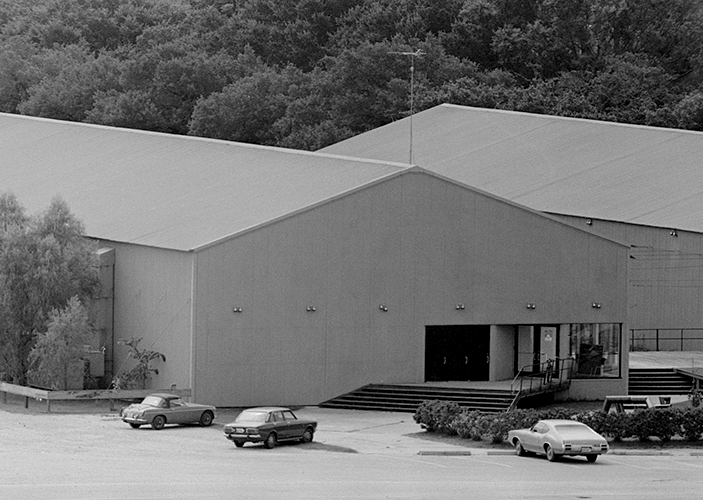 The Media Center was established in 1970 — alongside the Rice Art Museum and as part of the Rice Institute For The Arts — by John and Dominique de Menil, who recognized the possibilities of emerging languages and connections through engagement with photography, cinema, and multidisciplinary media endeavors. Located on the southwest edge of Rice University’s campus, it has bridged the school and its city with countless public programs over a half century. The Media Center’s upcoming anniversary series, which takes place February 21-March 14, will shed light on some fantastic slivers of its history as it presents a photography exhibition, guest talks, and free-admission screenings of narrative, documentary, and experimental films. As important, the series also provides opportunities to gather and celebrate the Houston institution in its original building before it relocates to new digs next year. 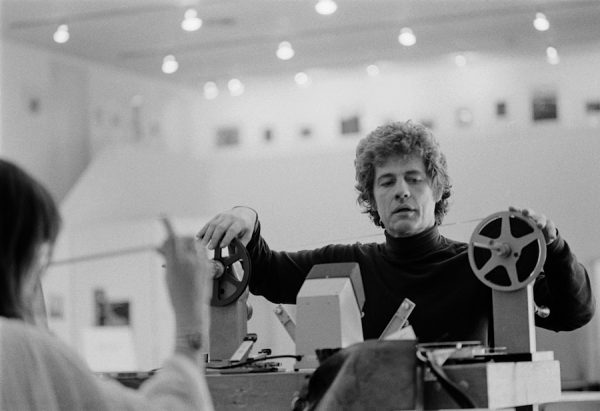 My recent previous article highlights some of the Center’s pre-history, as the project of establishing film and photography education in Houston began with scholar Gerald O’Grady in the late 1960s at the University of St. Thomas under the auspices of the de Menils and with the help of photographer Geoff Winningham and filmmaker Stan VanDerBeek. Those couple of years prior to the opening of the Media Center at Rice proved prescient and impactful, laying the groundwork for ambitious and outward-reaching engagement with all manner of media. The Rice Media Center opened in February of 1970 with O’Grady’s consultation and under the leadership of two of his recruits — filmmaker James Blue and photographer Geoff Winningham. During the summer of ’69, the two of them consulted with architects Gene Aubry and Howard Barnstone about the functionality of its corrugated metal home as a space for media creation and exhibition. Blue and Winningham would be among the original architects of Rice’s first film and photography courses, and of Houston’s first repertory cinema. Rice Cinema has presented many thousands of independent, international, classic, documentary, and experimental films over the decades that could not have been seen elsewhere. It has also hosted a mind-blowing, wide-ranging roster of important artists who have presented screenings, given lectures, conducted classes, and concocted projects under that roof. 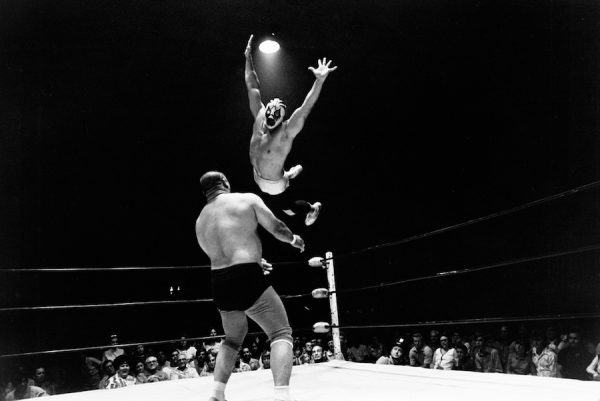 It’s appropriate that the opening reception for an exhibit of photos by Geoff Winningham, who continues to teach photography there today, will double as the Media Center’s big anniversary celebration. On Saturday, February 22 starting at 6 PM, there will be a reception for the gallery exhibition Friday Night in the Coliseum, Winningham’s critically acclaimed series of photographs (1970-71) and excerpts of his verité film (1972) documenting professional wrestling and its audiences at the Houston Coliseum. This is the first public showing of this work since the 1970s, and is held in conjunction with the release of a new edition of the book, which includes additional, never-before-seen images. During that evening’s festivities, an ongoing marathon of student short films spanning the Media Center’s decades will be showing in the theater. (The next afternoon at 2 PM, Winningham will present a talk with slides and film clips, and sign copies of the new edition of the book.)

The following week brings some real treats of rarely-seen 16mm experimental films that tie into the Media Center’s history. Two programs celebrate the efforts of legendary experimental filmmaker and Canyon Cinema founder Bruce Baillie, who taught at Rice during the Media Center’s first years. Baillie founded Canyon Cinema in San Francisco a decade prior, in 1960 — first as an informal outdoor screening series and then as a distributor of independent experimental cinema that has fed the Media Center’s programming and continues to be an invaluable resource today. Canyon’s Seth Mitter will present a selection of films from the collection on Thursday evening, February 27. (I’m crossing my fingers that it will include work by Stan Brakhage, who taught at the Media Center in the mid-1980s.) A program of Bruce Baillie’s own 16mm films made in the 1960s and ’70s will be presented on Friday, February 28, followed by a discussion with Mitter and Ed Hugetz, filmmaker and former Media Center professor who worked with Baillie. 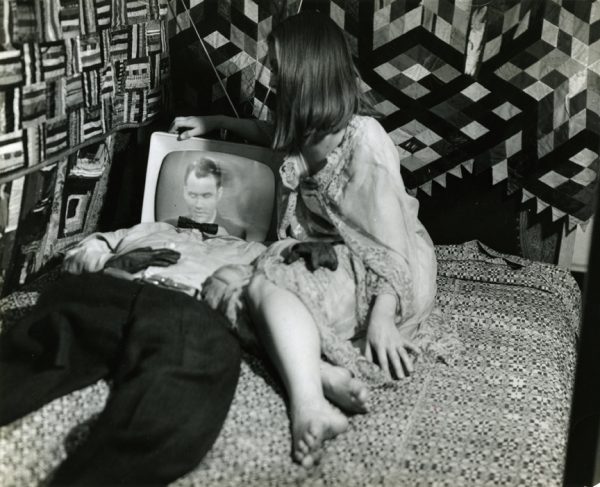 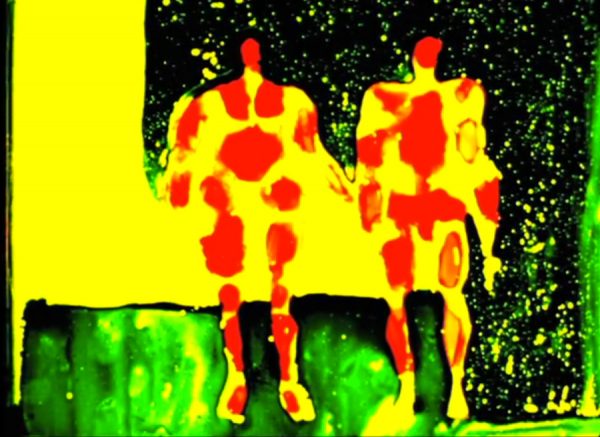 A special presentation of work by filmmaker Stan VanDerBeek, who taught at St. Thomas just prior to the Media Center’s move to Rice and returned to Houston in the 1970s, will take place on Saturday, February 29. Presented by Chelsea Spengemann, Director of the Stan VanDerBeek Archive, this program will feature new restorations of VanDerbeek’s 16mm collage animations and a special, multiple-projection presentation of his Poemfield films created in the late 1960s at Bell Labs. This program will also feature two films that he made in Houston: Oh (1968) created on an Oxberry animation stand that’s still in use at the Rice Media Center, and Euclidean Illusions (1979) created while he was artist in residence at NASA. There will be a post-screening discussion with Spengemann, Rice Lecturer and Film Program Manager Tish Stringer, and Geoff Winningham. 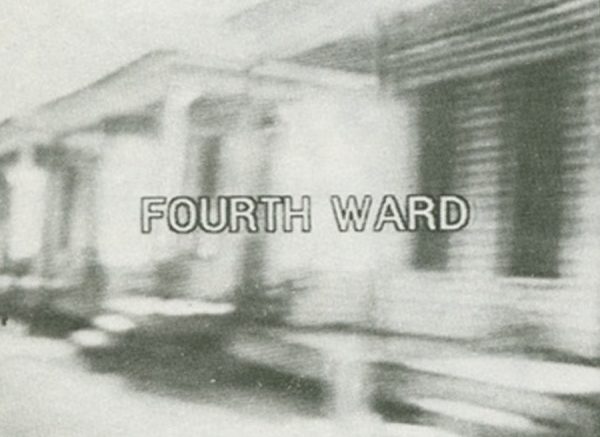 Who Killed the Fourth Ward? (1977) by James Blue and Brian Huberman

The Media Center will also present rarely seen documentary films by important figures in its history. Excerpts of Who Killed the Fourth Ward? (1977), made by founding Rice Media Center Director James Blue and long-time Rice film professor Brian Huberman, will be shown on Saturday, March 7, alongside the film To Live with Herds made by ethnographic filmmaker David MacDougall and his wife Judith during his time co-directing the Media Center with Blue in the early ‘70s. Filmed messages from MacDougall and scholar Colin Young (another crucial figure in the founding years of the Media Center) will be shown at that screening.

Other films in the series involving Huberman include the new Once I moved like the wind:  Geronimo’s final surrender by Huberman and Ed Hugetz (February 20), Beset by Demons: The Lou Perryman Story by Huberman and Kim Henkel (March 14); and the Houston-made, independent narrative feature film Last Night at the Alamo (1983) directed by Eagle Pennell. Last Night will conclude the series on the evening of Saturday, March. 14, with writer Kim Henkel, cinematographer Brian Huberman, and cast member Sonny Carl Davis in attendance for a post-screening talk. 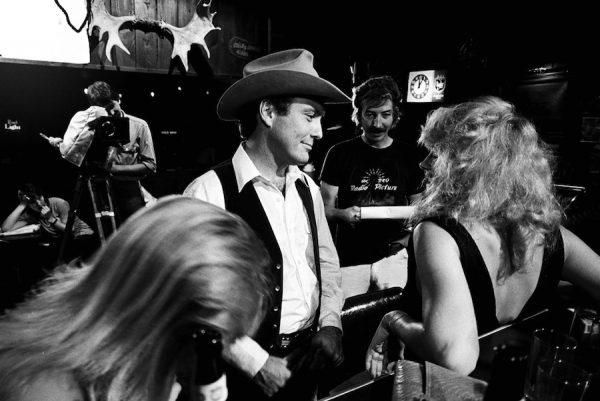 Last Night At The Alamo (1983) by Eagle Pennell

The long, layered history and impact of The Rice Media Center since 1970 is hard to believe and even harder to untangle. Too few know that so many great photographers (Robert Frank, Frederick Sommer, and Garry Winogrand, to name a few) and filmmakers (Roberto Rossellini, Jean-Luc Godard, Michelangelo Antonioni, Martin Scorsese, Spike Lee, Francis Ford Coppola, Frank Capra, Sam Peckinpah, Albert and David Maysles, Trinh T. Minh-ha, D.A. Pennebaker, Stan Brakhage, Kenneth Anger, and on and on…) came to this little place in Houston. I’m always grateful for the opportunity to walk through the same doors countless luminaries and generations of Houston audiences have — to feel the very human scale and connective, creative spirit of The Rice Media Center and to enjoy the open invitation the place was designed to offer. The future promises a new, dedicated building for Rice’s VADA department and enthusiastic continuation of its film and photography efforts.

At the same time, it also promises that these upcoming programs are among our final opportunities to flow through that original building, pack its cinema, and gather to talk in its gallery and on its outside decks. I urge all to check out more about the history of the Rice Media Center and about the anniversary series at its website, and to join in an ongoing inter-generational conversation about the human endeavor and the possibilities of multidisciplinary media experience.

The Last Night at the Media Center

I practically lived there as an undergrad. I treasure my memories of classes with Geoff Winningham, Brian Huberman, and Thomas McEvilley, plus just hanging out there, watching (and making) movies, developing film, etc.

Thanks again Mr. Lucas for another great article about the Media Center at Rice and its important history and its valuable ongoing programs.

Lee Friedlander became my hero after I took his seminar in 1977 or 78. I still don’t use photoshop.

I did not recall Winogrand teaching there, at least between 74 and 78, but he hung out when he was in the area.

It was a great home base.