One Work, Short Take: Sean Scully in Fort Worth 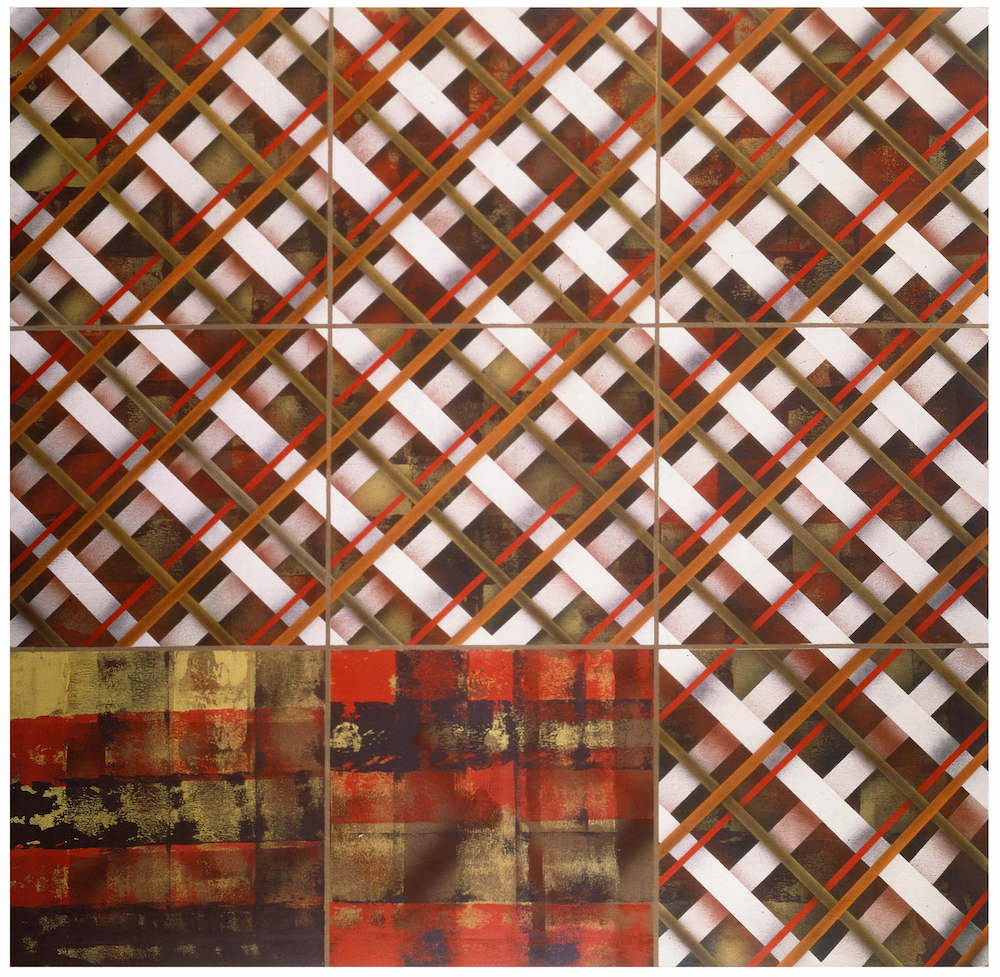 Some artists simply don’t register with us until the timing is right; until we are snapped open by time, experience, or a newfound willingness to look again and see what might be present and worth our consideration. As an artist who writes about other artists, I know it’s always worthwhile to ferret out the impulses and intentions of another maker — to try and understand and evaluate (as best I can) the value produced by what’s inherent in the objects. To be frank, I still feel mixed about the sometimes-ponderous paintings of Sean Scully. Yet in seeing the larger history of his paintings, I now see his art with fresh eyes.

What I found in my recent visit to the Fort Worth Modern and Scully’s chronologically hung exhibition was a rigor and sometimes daring approach in the paintings of the 1970s and 1980s that is not obvious in the work that comes after. In work toward the later part of Scully’s career, there is a romantic bravado that can at times seem heavy or gratuitous without a countervailing voice. Yet in his earlier works there appears a more restless experimentation; many of the older canvases push the boundaries of minimalist painting, while refining a complex layering technique. I was particularly struck by Inset #2, 1973 which is odd and slightly off-kilter in both color and arrangement.

The stunning painting is a large 96 inches by 96 inches. Not predictably, the procedural layering reminds me of the current work of Josh Reames. Scully is certainly not bringing the topical punkish attitude that Reames does, but there is a similar refined arrangement of marks in the pictorial space of the canvas that acknowledges light and shadow as a means to render lines both flat and dimensional.

What is distinctive and appealing about Inset # 2 is Scully’s general lack of fussiness about his taped lines — they are sometimes clean and other times splashy or fuzzy. In this work, and others, Scully relies on process: he often uses taping with various paint applications to create complex patterns and unusual pictorial gaps within a flat canvas. Inset #2, with its almost ugly autumnal coloration, reads as both fully put together, yet curiously awkward or undone. It is dramatically ruptured by two squares of a grid rendered to stand out from the main pattern. It’s as if part of the painting was magnified, or the background of the painting somehow snuck up to the front.

Such playfulness breathes air into what one might carelessly dismiss as a persnickety artwork. Of all Scully’s work on display in this show, this painting stuck in my mind. It highlights dissonance not as mere noise, but instead as a way of understanding painting as an ecosystem — it makes me think of the essential role that fungi and rot play in the life cycle. Likely not a read Scully had in mind, but the power of this work is that it feeds us now almost 50 years later, offering avenues of engagement directly from its strangeness.

“Sean Scully: The Shape of Ideas” on view at the Modern Art Museum of Fort Worth through October 10.