by Christopher Blay May 31, 2021
FacebookTwitterEmail

The last Monday in May is Memorial Day. The U.S. holiday honors and mourns the death of military personnel. On this day of remembrance, I’m drawn back to thoughts of a painting by Norman Rockwell from the exhibition Norman Rockwell: American Freedom, which was at the Museum of Fine Arts, Houston in December of 2019.

The painting, Blood Brothers, was originally conceived as a painting of two men, one Black, one white, killed during the unrest after the assassination of Martin Luther King, Jr. The wall text for the MFAH exhibition tells of how the image was transformed into soldiers in Vietnam to signify “the equalizing effects of war.” 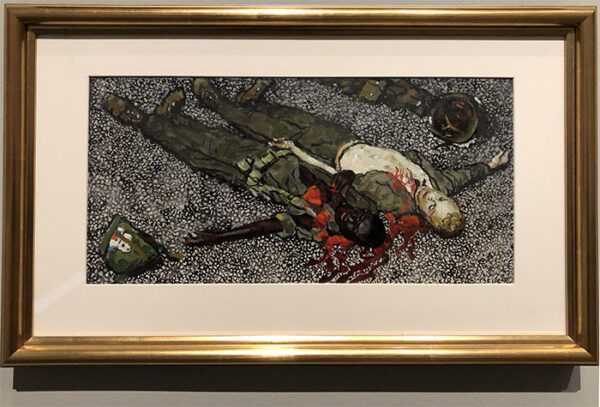 The image, which according to the text was a take on Edouard Manet’s The Dead Toreador, was never published. It is one of the most grim depictions of war that I have ever seen.

An equally poignant work is a painting by Georgia O’Keeffe titled The Flag, exhibited in 2017 as part of the exhibition World War I and American Art at the Pennsylvania Academy of the Fine Arts in Philadelphia. O’Keeffe made the painting as her brother Alexis was about to join the front in Europe during that war. 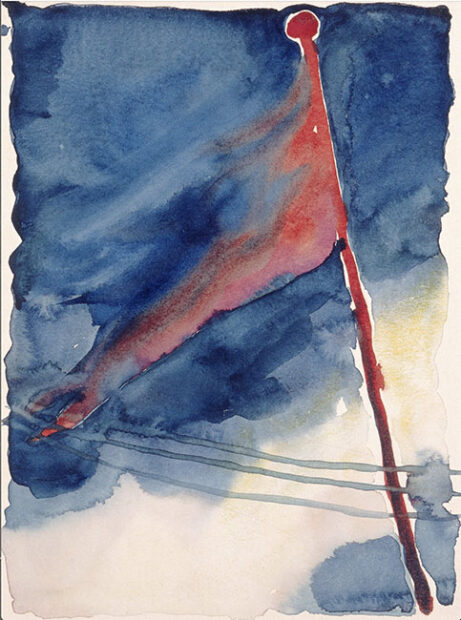 It is a somber image that bleeds away all the valor and heroism of war and depicts a dark cloud of  despair on the symbol that fades and dissolves before our eyes.

War is hell, as artists are always here to remind us.