“Cowardly and Patronizing”: Responses to Postponement of Philip Guston Retrospective 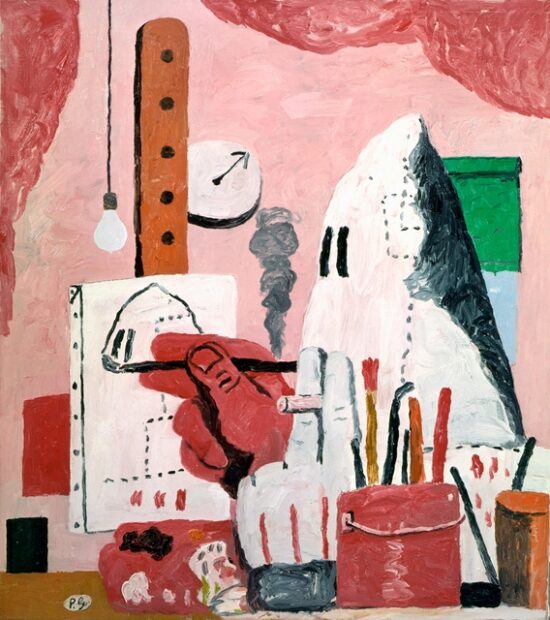 A twice-delayed upcoming retrospective exhibition of the work of Philip Guston, which was supposed to open in June at the National Gallery of Art in Washington D.C. and travel to three other museums, including the Museum of Fine Arts, Houston (MFAH), has been pushed back to 2024, according to a statement from the directors of the four museums where the show was travel. At the crux of the decision is Guston’s depiction of Ku Klux Klansmen in his work in the late 1960s and early 1970s, and the museums stating a need for time to better contextualize the work for the current political environment.

“After a great deal of reflection and extensive consultation, our four institutions have jointly made the decision to delay our successive presentations of Philip Guston Now. We are postponing the exhibition until a time at which we think that the powerful message of social and racial justice that is at the center of Philip Guston’s work can be more clearly interpreted.”

In response to Glasstire’s request for comment, Alison de Lima Greene, Curator of Modern and Contemporary Art at MFAH, writes: “I too support the statement issued by the directors, who have given this project every consideration.” The exhibition was scheduled to be on view at MFAH March to May of 2022.

In a New York Times article, while characterizing the postponement as “cowardly and patronizing, an insult to art and the public alike,” Darby English, a professor of art history at the University of Chicago and a former adjunct curator at the Museum of Modern Art, goes on to describe Guston’s work as “thoughtfully created in identification with history’s victims.” 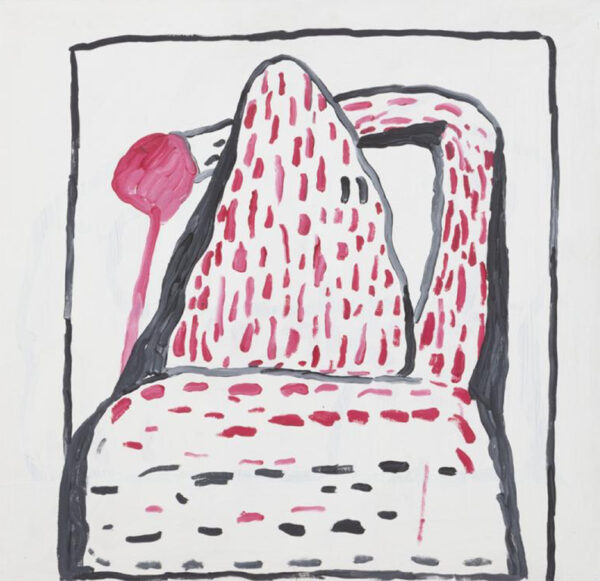 At the heart of the postponement are the paintings Guston made from 1968-1972 which depict hooded Ku Klux Klan figures, 25 of which were set to be featured in the exhibition, per ARTnews. “We recognize that the world we live in is very different from the one in which we first began to collaborate on this project five years ago,” the directors’ joint statement reads. “The racial justice movement that started in the U.S. and radiated to countries around the world, in addition to challenges of a global health crisis, have led us to pause.”

The exhibition was years in the making and much-awaited. Mark Godfrey, a curator at Tate Modern in London who co-organized the exhibition, is among critics of the postponement. After ten screens of text published on his Instagram account (which is private), Godfrey concludes: “2020 is a nightmare year. In the museum world, it is has come to the point when major institutions have become scared of displaying and recontextualising the work they had committed to for their programmes. What do we want museums to do in turbulent times? Tate has four values that should have guided us: Bold, Rigorous, Open, Kind. There is no returning to Philip Guston Now, but I hope this post might be part of a debate that will help mould a different state of affairs.”

The directors’ statement expresses the museums’ desire to reframe the programming around Philip Guston Now, “and bring in additional perspectives and voices to shape how we present Guston’s work to our public.” 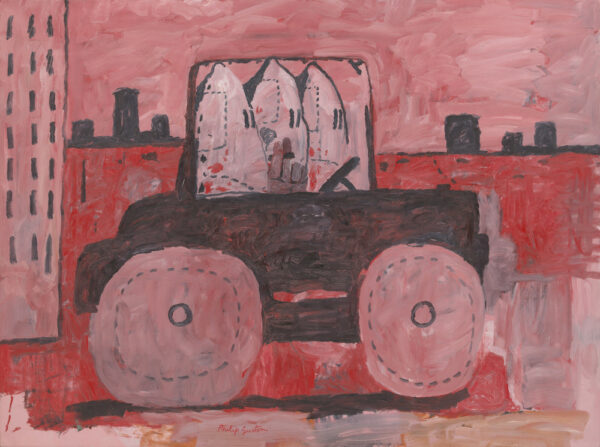 Musa Mayer, Guston’s daughter and head of the Guston Foundation, writes in statement published by Artnet, “Half a century ago, my father made a body of work that shocked the art world. Not only had he violated the canon of what a noted abstract artist should be painting at a time of particularly doctrinaire art criticism, but he dared to hold up a mirror to white America, exposing the banality of evil and the systemic racism we are still struggling to confront today.”

Mayer states that that (via the New York Times): “…her father’s family members were Jewish immigrants who fled Ukraine to escape persecution and that [Guston] ‘understood what hatred was. This should be a time of reckoning, of dialogue. These paintings meet the moment we are in today. The danger is not in looking at Philip Guston’s work, but in looking away.’”

In his public Instagram post dated yesterday, Houston-based artist Trenton Doyle Hancock, who has written for the exhibition’s catalog, writes: “Philip Guston was a complicated socially engaged painter that fought his whole life to upend notions of ‘purity’ at every turn. His klansmen were not typical villains, unless you consider painting and stacking bricks as villainy, a testament to Guston’s ability to strip them of their killer’s instinct. Instead these buffoons were indictments of the exclusively white universalism of Greenbergian theory.” He continues: “I feel that Guston made some very tough images in the 1960s and 1970s which are even moreso now. The problem is that for the 50 years in between, the conversation bypassed the conversation about race construction and white supremacy and focused solely on the paint. ‘Oh look how well they’re painted!’ We’re now playing catch-up on that. Forcibly so. Hopefully, our institutions will help to engage this dialogue.”

Vincent Valdez, The City I, 2016. Oil on canvas, Blanton Museum of Art, The University of Texas at Austin

Recently, another painting depicting hooded KKK figures fueled the debate on how the public and institutions respond to racial themes in artists’ work. Houston-based artist Vincent Valdez’s The City I, a 30-foot painting acquired by the Blanton Museum of Art at UT Austin, which depicts shadowy KKK figures lit by the headlights of a pickup truck, went on view at the Blanton two years ago. The painting was met with mixed responses  and was not immune to controversy.

In an interview with the New York Times at the time, Valdez stated, “There are people in the United States of America who refuse to acknowledge that entities like the Klan exist. And now we’re seeing the end result.” The artist continued, “It’s a lot easier to confront subjects like white supremacy or the Klan as evil villains. I’m more concerned about the notion that we all inhabit the same American landscape.”

To read the full statement from museum directors, released by The National Gallery of Art, please go here.

Guston was a such a brave and ferocious painter. He was ahead of his time and cared little for the art criticism of the time. His art is more pertinent than ever. It needs to be seen. Now.

Here is an excellent piece by Tim Schneider putting this in the context of Vincent Valdez’s work “The City I”, which depicts people in Klan robes and hoods and which the Blanton got into trouble for (scroll down to “The City”):

The point is that there is no such thing as good contemporary art that isn’t provocative. If you want risk-free art that’s not going to get you into trouble, then what you want isn’t art; it’s decoration. Or worse: propaganda. Great artists don’t toe the line.

It’s a close call but ultimately I agree with the previous comments by Rainey, Martha and Sandra.

Just let the Modern in Fort Worth handle the Guston retrospective. They did it before and they can do it again! The Guston foundation agrees with me. They have guts up there and that matters!