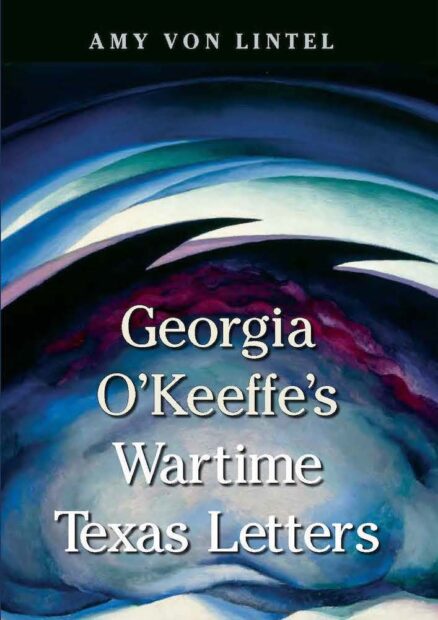 When Georgia O’Keeffe arrived in Canyon, Texas in early September 1916, to teach at what was then West Texas State Normal College (now West Texas A&M University), she was stepping back into familiar territory. She had already taught art for the newly minted public school system in Amarillo, from 1912-1914; and when the opportunity came to return to the Texas Panhandle, she was elated. “Dear Anita,” she wrote to her friend Anita Pollitzer in February 1916, after securing the art teaching position at the college, “Kick up your heels in the air! I’m elected to go to Texas.” In September, soon after her arrival in Canyon, O’Keeffe wrote to her modern art mentor (and future husband) Alfred Stieglitz, “The plains—the wonderful great big sky—makes me want to breathe so deep that I’ll break—There is so much of it.”

It is O’Keeffe’s second tenure in the Lone Star State, from 1916 to 1918, that is the subject of the recent book Georgia O’Keeffe’s Wartime Texas Letters (Texas A&M University Press), by Amy von Lintel. Against the backdrop of a West that was still a little wild, and the looming threat—then reality—of World War I, the artist found herself removed from the avant-garde European influences of Stieglitz’s Gallery 291 crowd and New York City. Here, within the expansive isolation and visual austerity of the Texas Panhandle, O’Keeffe found the inspiration to create an art that was uniquely hers, that would become the springboard for her pared-down, mature brand of abstraction. 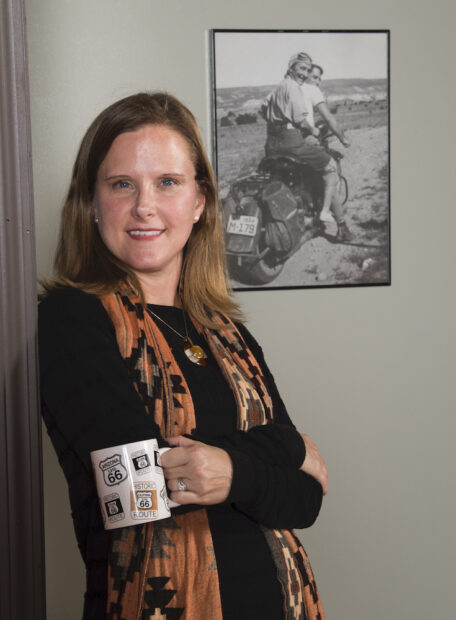 Amy von Lintel, Professor of Art History at WTAMU, compiled and edited these letters from O’Keeffe—mostly addressed to Stieglitz, but also to photographer Paul Strand, Pollitzer, and others—with an eye on the artist’s responses to West Texas, to her relationships with the folks around her, in relation to the art she was making in Canyon, and to the United States’ emerging involvement in the war. Von Lintel insists that it was in the Texas Panhandle, not New Mexico, that O’Keeffe first encountered, and fell in love with, the remote and sculptured landscapes that would characterize her later paintings. “When she moved to Ghost Ranch [later in life],” the author recently told me, “it was like she was moving to the same landscape of raw, ruddy beauty that she found in the [Palo Duro] Canyon.” Throughout her letters, O’Keeffe describes, in sublime terms, the immensity of the flat plains, the expansive night skies, the violent sand- and thunderstorms, and the treacherous beauty of the canyon. “There’s an abstraction to the landscape,” von Lintel explained, “A geometry. She was fascinated by the weirdness of it.”

The letters are organized into chapters that trace O’Keeffe’s arrival and “honeymoon” period in Canyon, to the advancing threat of the First World War in the winter and spring of 1917, to the artist’s ambivalent responses to America’s involvement in the war, and her disillusionment toward the political debate she observes in the community around her. The final chapter of letters come not from Canyon, but from San Antonio and Waring, where O’Keeffe relocated to convalesce from a months-long flu-like illness. Amidst this tumultuous milieu, the artist’s letters reveal her periods of creative intensity: “Tonight I’d like to paint the world with a broom—and I think I’d like great buckets of color like [Marsden] Hartley’s to start at it with—lots of red—vermillion” (November 4, 1916); as well as her phases of artistic drought: “I guess I can’t work because everything seems so mixed up—so inconsistent—I cannot really be one thing enough to want to say anything about it” (October 30, 1917). Her correspondence also demonstrates her beliefs about education and her own role (bordering on activism) as she sought relevancy in her development of curriculum and instruction of her students. These pupils included both university students as well as younger children who were part of the college’s lab school for teacher preparation. In my conversation with Von Lintel, she pointed out that O’Keeffe’s letters express that she never felt herself superior to her students, but rather that she was “thinking profoundly about how she can connect [her instruction] so much to her students.”

Von Lintel opens Wartime Texas Letters with a lyrically written essay that charts O’Keeffe’s Texas years. This introduction, which includes full-color illustrations of the artist’s Texas-inspired works in both watercolor and oils, traces the developmental arc of O’Keeffe’s independent artistic self, as well as her individuality as an early 20th century New Woman. We see the painter’s continued association with the abstraction of the early American Modernists—and even possible influences from European movements, such as British Vorticists and Italian Futurists—even as she matures an autonomous artistic vision of her own. Each chapter of the book ends with commentary, through which von Lintel recasts the revelations from O’Keeffe’s letters into the overarching oeuvre of the artist’s work and life.

Amy von Lintel’s book represents a unique offering to the existing scholarship surrounding Georgia O’Keeffe, one that specifically reveals the impact that the locale of West Texas had on the artist’s personal and artistic development. Through O’Keeffe’s letters, we see how her roles as college professor and artist—as well as how her residency within the setting of Canyon as the U.S. entered into World War I—shaped her political and aesthetic philosophies. Von Lintel, who has also authored a book on Georgia O’Keeffe’s early watercolors, believes that it was the aloneness of travel, the solitary spaces of the West, that catalyzed O’Keeffe’s most intensive periods of artistic and personal growth. At both the beginning and the end of her life, the artist lived in the American West, experiencing an independence that allowed her to forge her own artistic persona. As von Lintel put it to me, O’Keeffe found “freedom on both bookends of her life.” For Georgia O’Keeffe, the enormity and quietude of the West supplied the breathing room necessary for a living and active inspiration; or, as the artist closed in a March 15, 1917 letter to Stieglitz, “I send you the space that is watching the starlight and the empty quiet plains.”

Georgia O’Keeffe, Photographer at the Museum of Fine...