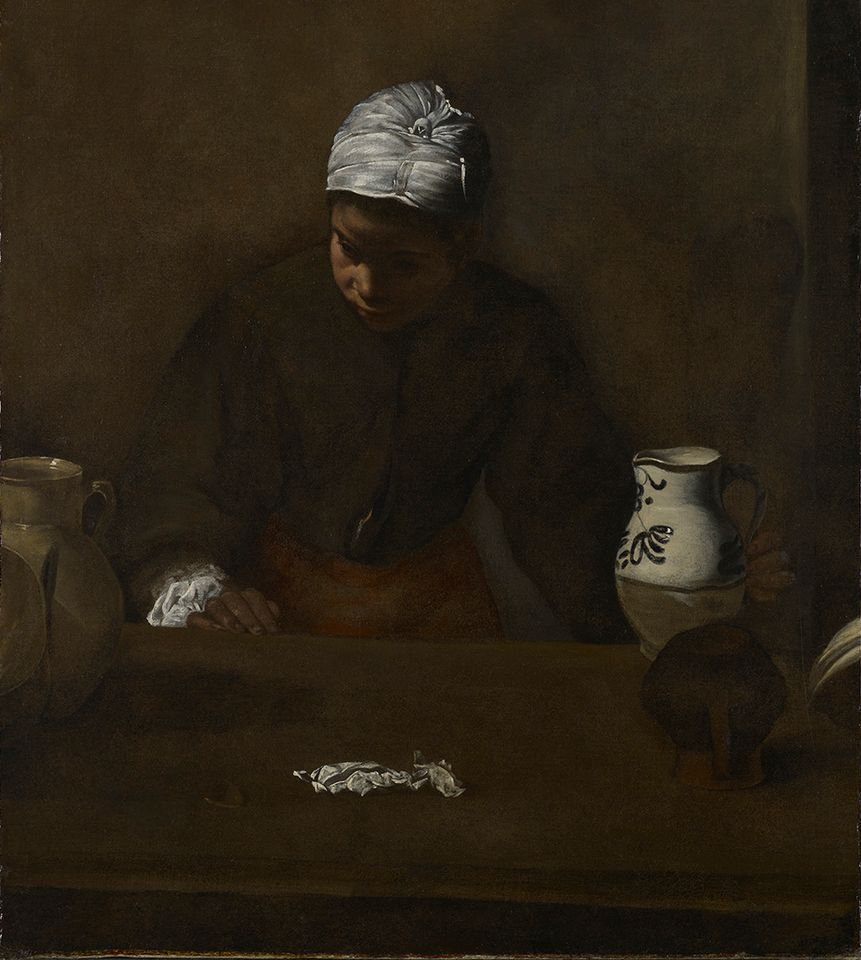 For years, Kitchen Maid (around 1620)—labelled “in the style of Diego Velázquez”—hung behind a door at Rienzi, the European decorative arts house museum at the Museum of Fine Arts, Houston (MFAH). That is, until chief paintings conservator, Zahira Bomford, a Velázquez specialist, joined the staff and became intrigued by the painting, reports The Art Newspaper.

Bomford thought that the painting might actually be by the artist. When she removed layers of wax, resin and repainting that marred the painting and completed various technical studies, she and others at the museum became convinced that her hunch was true. If she was right, the MFAH would join just a handful of U.S. museums that own a Velázquez.

Through about 300 hours at her easel, Bomford undid as much of that as she could and retouched Kitchen Maid with her own tiny brushes, dot by dot, writes Molly Glentzer of the Houston Chronicle. “It was a balancing act in terms of making the damaged bits seem less important so that the well-preserved bits could come through,” she said. She finished the restoration in the spring of 2017.

Recently, Kitchen Maid finally was hung in the main museum’s European galleries alongside treasures by other Spanish masters, with a label that reads, “attributed to Diego Rodráguez de Silva y Velazquez.” Glentzer adds, “Velázquez paintings are always prized but not easily acquired because museums don’t let go of them.”

The Chroniclealso recounts the reaction of a Spanish painting fan who travelled to Houston to attend the opening. “He didn’t know Kitchen Maid had just been attributed, but he recognized the style immediately. ‘You look at it one second, and it doesn’t take much to figure out it’s Velázquez,’” he said.