Rob Weiner’s Future with the Chinati Foundation is in Question 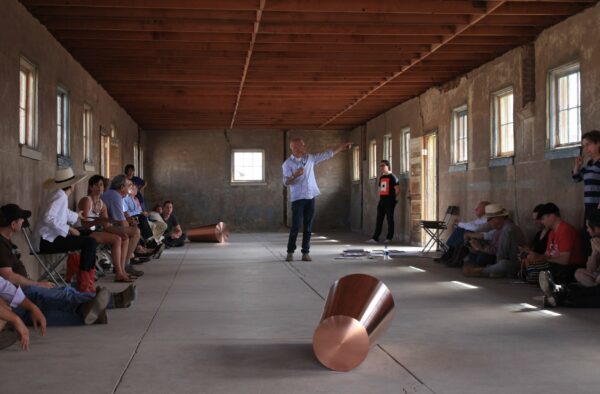 Glasstire has learned through letters written to the Big Bend Sentinel, a newspaper serving Presidio Country (which encompasses Marfa), that Rob Weiner, longtime Chinati Foundation Associate Director, and more recently its Senior Advisor, has allegedly had his current contract with Chinati terminated. Weiner has been in a leadership position with Chinati for more than three decades, and originally accompanied Chinati’s founder, the late Donald Judd, to Marfa as his assistant.

The most prominent of the letters sent into the Sentinel was signed by more than a hundred artists, curators, and Marfa residents — including Larry Bell, Roni Horn, Mark Flood, Jeff Elrod, Jennifer Lane, Zoe Leonard, Wallace Shawn, Amy Sillman, Christopher Wool, and Marianne Stockebrand (Director Emeritus of Chinati) — all of whom have worked with Weiner in some capacity at Chinati.

A passage from that primary protest letter reads:

“Rob came to Marfa as Donald Judd’s assistant 32 years ago and stayed on after Judd’s death in 1994, to preserve Judd’s vision, even while the institution was teetering on the brink of bankruptcy and was unable to pay his salary.”

“During his tenure, Rob has embodied Judd’s concept for Chinati and his tireless work on behalf of the museum helped establish an international community of artists and art lovers around it. To terminate Rob after decades of devoted service is unconscionable. But dismissing him does far more than disrespect his enormous contributions; it reveals a lack of foresight for the institution itself and betrays a failure to comprehend that Rob’s knowledge and experience are an irreplaceable and valuable resource.”

The Sentinel’s pages also included a letter from Chinati’s Board of Trustees, which reads:

“The Board of Trustees recognizes the importance and value of Rob Weiner’s central role in the history and development of The Chinati Foundation. In recognition of and appreciation for his passion and engagement over more than 30 years, we as a board took the extraordinary step of not accepting his resignation four years ago. We worked with him instead to design a structure that we hoped would be mutually beneficial, allowing us to work together toward our shared goal of continuing our stewardship of what Donald Judd created in Chinati with respect for Rob’s unique experience, creativity and intelligence. Despite our best efforts, we were not able to find a path that worked for Rob and Chinati. And so the board made the difficult but unanimous decision to advise Rob that we intend to end our consulting arrangement. Rob will always be part of Chinati’s history, and we remain hopeful that we can find a more effective way to work together in the future for the benefit of Chinati and in support of current leadership and staff.”

Glasstire reached out to Weiner, who confirmed that the Chinati Foundation has decided not to renew his contract. Weiner also confirmed that four years ago he had handed in a letter of resignation to the board, which they did not accept.

Glasstire also spoke to Chinati’s Board Chair, Mack Fowler, who confirmed that four years ago the board intervened in Weiner’s resignation as Associate Director, with a desire to retain Weiner’s capabilities for the benefit of Chinati.

More recently, according to the board, approximately a year ago the board and Weiner went through another renegotiation and reached an agreement that Chinati would retain Weiner as an independent Senior Advisor. In this new role, which was removed from the organization’s chain of command, Weiner would work with the mission advisory committee of Chinati’s board. According to the board, this agreement would be reviewed and renewed annually. 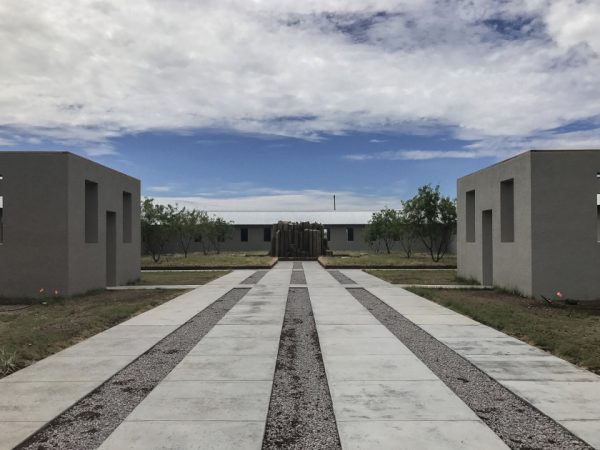 According to the board, after a March 2021 review, Weiner and the board agreed that his advisory agreement wasn’t working, and it is from this position that the board asserts the following: The Chinati Foundation has not given Weiner a notice of termination, but intends to terminate their current agreement and take the contract’s notice and severance period to figure out a way to continue Weiner’s involvement in Chinati. Fowler emphasized the board’s intention to “make sure Chinati is fulfilling Judd’s vision,” and said that it is the board’s expectation that Weiner and others who have been longtime employees of Chinati are a part of that.

Fowler also asserts that the board has made genuine efforts to sustain a respectful, continued working relationship with Weiner, and that the board welcomes concrete input from anyone about Chinati’s mission and implementation.

In response to the board’s claims that they are pursuing a way to continue his relationship with Chinati, and in response to a question about his original reason for wanting to leave the organization four years ago, Weiner, in an email to Glasstire, responded: “I did indeed hand in a letter of resignation, which they did not accept 4 [years] ago. The circumstances have not changed.” Weiner wrote that he does not have any other comments on the matter.

Glasstire will continue to follow the story and report any significant developments. To read the letters submitted to the Sentinel, please go here.

International Creatives to Participate in Marfa Residency this...

As is so often the case the extraordinary efforts of the founders and the soul of the creative institutions that mold the spirit of this country are rewarded with dismissal and often erasure as the corporate “personhoods,” thank you Supreme Court, enmesh their inevitable bureaucracies. Reminds me of the Star Trek episode “Annihilate!” where the one celled creatures attach themselves to the backs of humans and invade their spinal column causing immense pain and conformity. The hosts only solution is to drive their ships into the Sun as they find the cleansing of intense light, the usual enemy of bureaucracy. Thank you Mr. Weiner for all you have done for the pat 30 years for Marfa, Chinati, Texas and the world of Fine Arts.