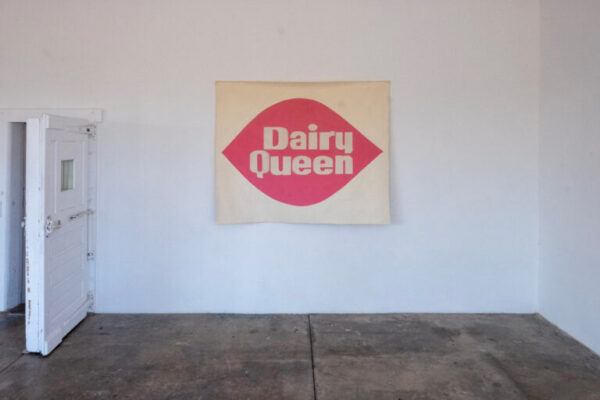 The Chinati Foundation, a contemporary art museum in Marfa that was founded by artist Donald Judd, has announced its artists-in-residence for 2022. Instituted in 1989, the Chinati Artists-in-Residence program houses myriad contemporary artists annually, and is seen as a counterpoint to the museum’s permanent collection. In 2022, Jesus Benavente, Mike Crane, Sarah Crowner, Dionne Lee, and David Watson will all make the trip to West Texas for the residency.

In his bio on Chinati’s website, Jesus Benavente describes West Texas as “a place of shifting borders, stolen lands, lost hearts and found beauty…filled with displaced and replaced Latinx and indigenous people.” He is originally from San Antonio, but now lives in Brooklyn. He has an MFA from the Mason Gross School of Art at Rutgers University and a BFA and BA from the University of Texas at Austin. Prior to Chinati, he was a resident at Smack Mellon, the Bemis Center, ACRE, the NARS Foundation, and the Skowhegan School of Painting and Sculpture. Performative in nature, his work often centers around a persona called BENAVENTE. He once brought a mariachi band to the Whitney Museum of American Art, and he was mentioned on Glasstire as early as 2009, when he allowed attendees to his show at Co-Lab in Austin to hunt for easter eggs in a field adjacent to the gallery space.

Mike Crane’s website offers nothing but an image of a clown-like figure made of green, red, black, and white blocks. He will spend his residency giving shape to a group of graphite drawings, titled History In Hell, which depict different concepts of hell. He often works in time-based media, and according to the Chinati website, he has a consistent “interest in the documentary techniques and revolutionary politics of Third Cinema” in his work. Crane grew up in Bogotá, Colombia during the American War on Drugs. He has an MFA from Hunter College University of New York and a BFA from the Cooper Union School of Art. He teaches at the University of Pennsylvania and lives in New York.

Sarah Crowner is a Brooklyn-based painter with a MFA from Hunter College and a BA from the University of California, Santa Cruz. A large-scale installation of her work adorns the Wright Restaurant at the Solomon R. Guggenheim Museum in New York. That piece, according to a report by Artnet in 2017, features ceramic tiles made by Crowner’s regular collaborator, José Noé Suro, at his studio in Guadalajara, Mexico. Of her residency, the Foundation states, “Crowner anticipates spending time with Donald Judd’s 100 untitled works in mill aluminum in terms of her own focus on immersive forms of abstraction.”

Dionne Lee, meanwhile, “plans to explore the forces of erosion and extraction in order to see what is hidden, revealed, and taken from the land” of the Chihuahuan Desert and of Chinati’s grounds. According to Lee’s website, she “works in photography, collage, and video to explore power, survival, and personal history in relation to the American landscape.” Lee is from Harlem. She has an MFA from California College of the Arts and currently lives in Oakland, California. A recent online artist talk with Lee be found on the Aperture Foundation YouTube channel here.

Rounding out the 2022 residents is David Watson, an American musician and composer who is originally from New Zealand. His primary instrument is the bagpipes, though he was originally known as a guitarist. While in New Zealand he co-founded Braille Records and the Artspace/alt.music festival for experimental music in Aukland. He has worked with noteworthy artists and musicians, including John Zorn, Lee Ranaldo, Christian Marclay, Matthew Barney, and Cindy Bernard. He comes to Marfa inspired by Donald Judd’s interest in pibroch, an elaborate form of Scottish bagpipe composition. “The connections between pibroch and Judd’s work and interests — pattern, space, and variation are well known,” said Watson on Chinati’s page.

The Chinati Foundation recently re-opened for public tours for the first time since March 2020. For more information on the residents and other Chinati programs, please visit the organization’s website.