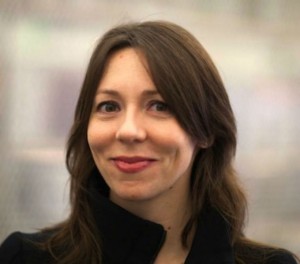 Jenny Moore, associate curator at the New Museum, has been appointed the new executive director of the Chinati Foundation in Marfa, replacing the previous director, Thomas Kellein, who stepped down last year after 15 months on the job.

Moore is currently associate curator at the New Museum in New York, where she has been since 2011 and where she organized, among other shows, solo presentations of the work of Charles Atlas, Ellen Altfest, Erika Vogt, Stanya Kahn and Brian Bress. From 2005 to 2011, she served as project curator for the Andy Warhol Foundation for the Visual Arts in New York.

“I first went to Chinati in 2004, when I worked on the John Chamberlain foam sculpture exhibition, and it’s an experience like none other,” Moore told Art in America in a phone interview today. “To me, it’s always been a model of what a museum can be. Anyone who has visited understands what an extraordinary experience it is.

“We have an ambitious program that we’re looking to expand,” she added, “including some permanent installations that we’ll be able to announce soon.” Moore officially starts her new position on August 1.