The Chinati Foundation today released newly discovered film footage of the construction of Donald Judd’s 15 Untitled Works in Concrete. The existence of the footage, filmed during the construction of Judd’s widely recognizable works in Marfa, Texas, which were among the first artworks constructed at Chinati, was first revealed in the Foundation’s newsletter, Volume 24, last October.

The release of film footage was accompanied by notes about the works from 1986, which includes the following: 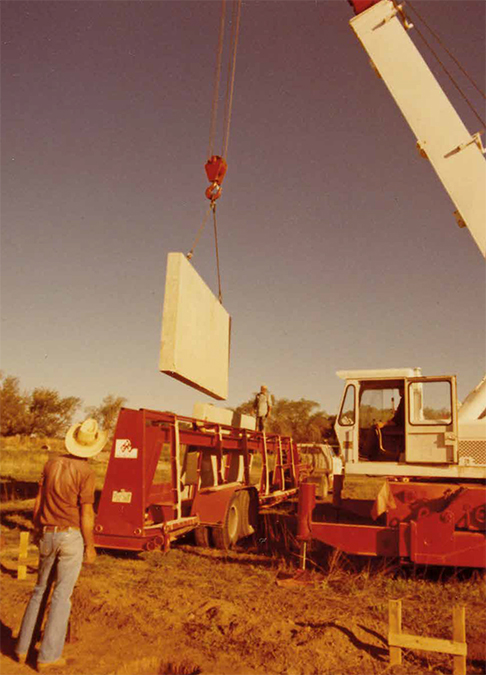 Installation of “15 Untitled Works in Concrete.”-via The Chinati Foundation.

You can view the footage by clicking the arrow on the image embedded at the top of this page, or by going here.
As with many other closures in the Texas art world, the Chinati Foundation is currently closed until further notice due to the COVID-19 pandemic. For more information on the Chinati Foundation, please visit its website here.
****
The Chinati Foundation/La Fundación Chinati is a contemporary art museum based upon the ideas of its founder, Donald Judd. The specific intention of Chinati is to preserve and present to the public permanent large-scale installations by a select group of artists. The emphasis is on works in which art and the surrounding landscape are inextricably linked.
0 comment