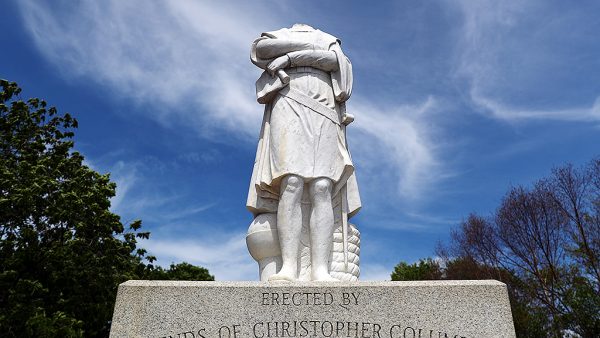 Head removed from a Christopher Columbus statue in Boston

As reported in The Washington Post on June 10, statues of Christopher Columbus were either removed or otherwise destroyed in the weeks that followed the killing of George Floyd on May 25 of this year. Just yesterday, in Portland, statues of Theodore Roosevelt and Abraham Lincoln were pulled down in protest of the annual Columbus Day federal holiday. 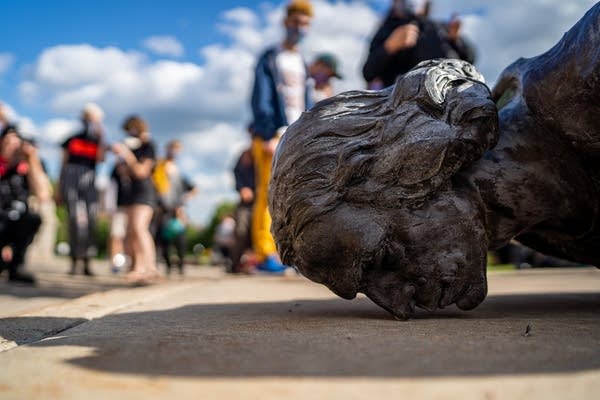 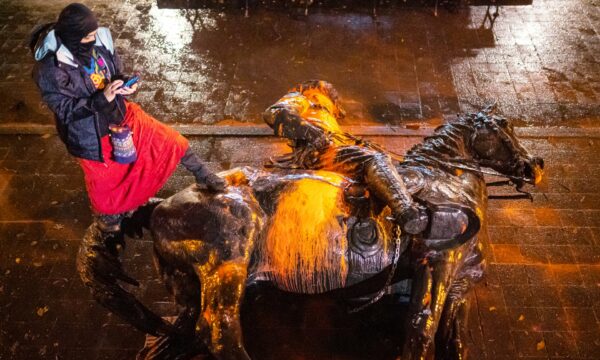 A protester stands over a toppled statue of Theodore Rosevelt during a protest Sunday in Portland, Oregon. Photograph: Nathan Howard/Getty Images

As we roll into the fall, and the first observance of Columbus Day since our summer of racial awakening, several Texas cities, including Austin, Dallas, San Antonio, Fort Worth, and just 10 days ago, Houston, have passed proclamations declaring today, the second Monday in October, Indigenous Peoples’ Day. In Fort Worth, it is Indigenous Peoples’ Week.

Here in Houston, the unofficial holiday will be celebrated alongside Columbus Day, whereas in cities like Austin, Columbus Day has been replaced with Indigenous Peoples’ Day.

According to Smithsonian Magazine, these Texas cities are among some 130 others that have made today, October 12 an observance of Native peoples of the Americas. Fourteen states, including Alabama, Alaska, Hawai’i, Idaho, Maine, Michigan, Minnesota, New Mexico, North Carolina, Oklahoma, Oregon, South Dakota, Vermont, Wisconsin, and the District of Columbia have as well. 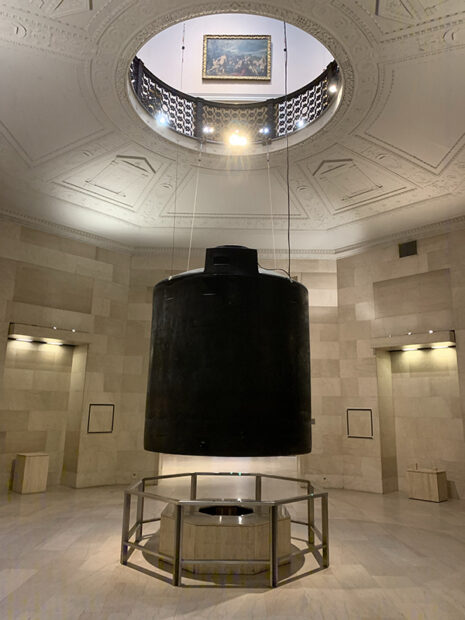 In honor of First Nations, Native American, and Indigenous people who are also artists, we present some of the works these artists are making. While some, like Postcommodity and Sky Hopkina are working outside of Texas, we recognize them (go here for an article on Postcommodity by Glasstire’s Christina Rees), along with Texas-based artist Joe Harjo, who was recently awarded a Blue Star Contemporary Berlin Residency (in March). We have profiled Harjo and reviewed his work in recent years. The award-winning artist has also been featured in our Top Five series of videos. 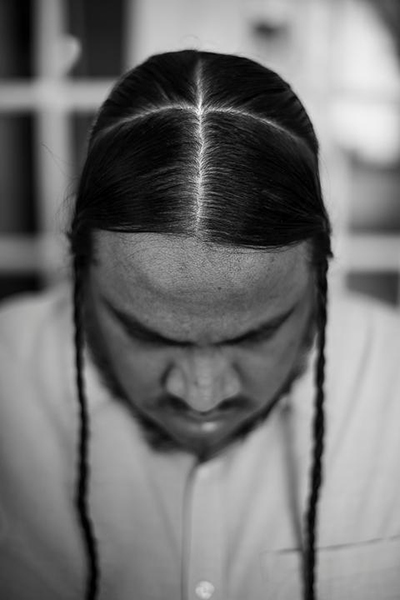 Below are images from Harjo’s series Indian Performance Prints, about which he writes are “…Prints recording a contemporary Indian, myself, carrying out many of the same routines and rituals as the majority of Americans in the 21st century (taking a shower, watching porn…etc.) and commenting on aspects of the universality of contemporary social identity in the United States.” 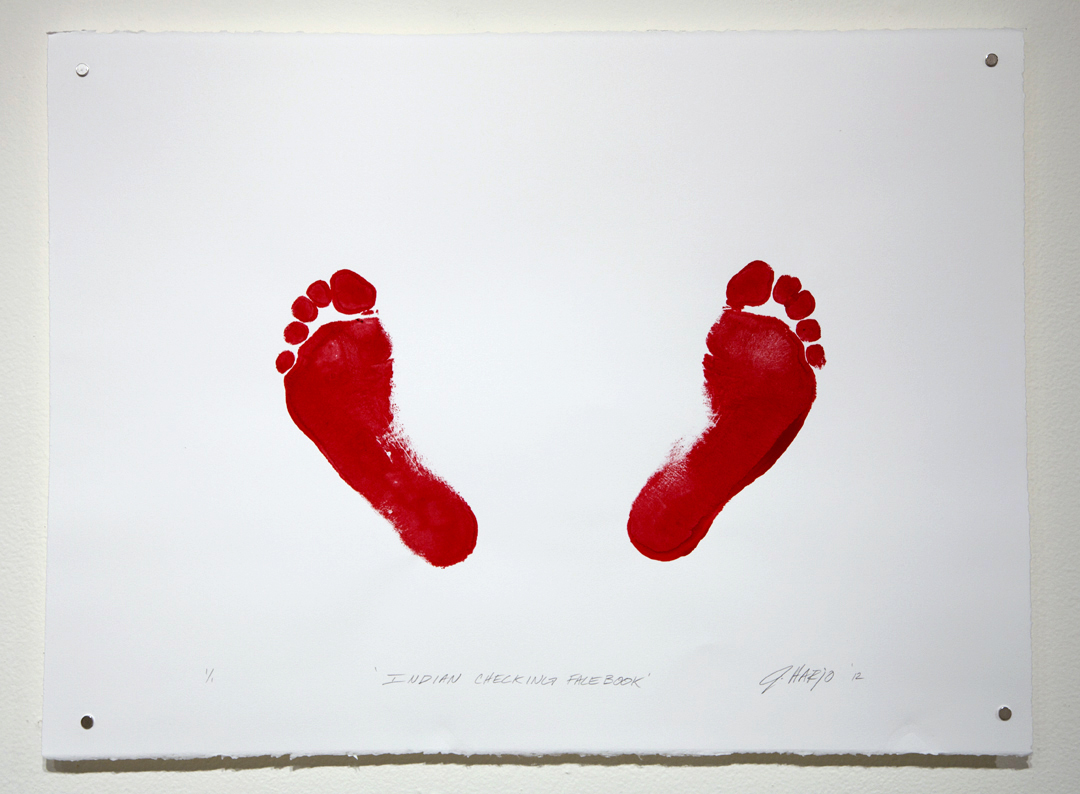 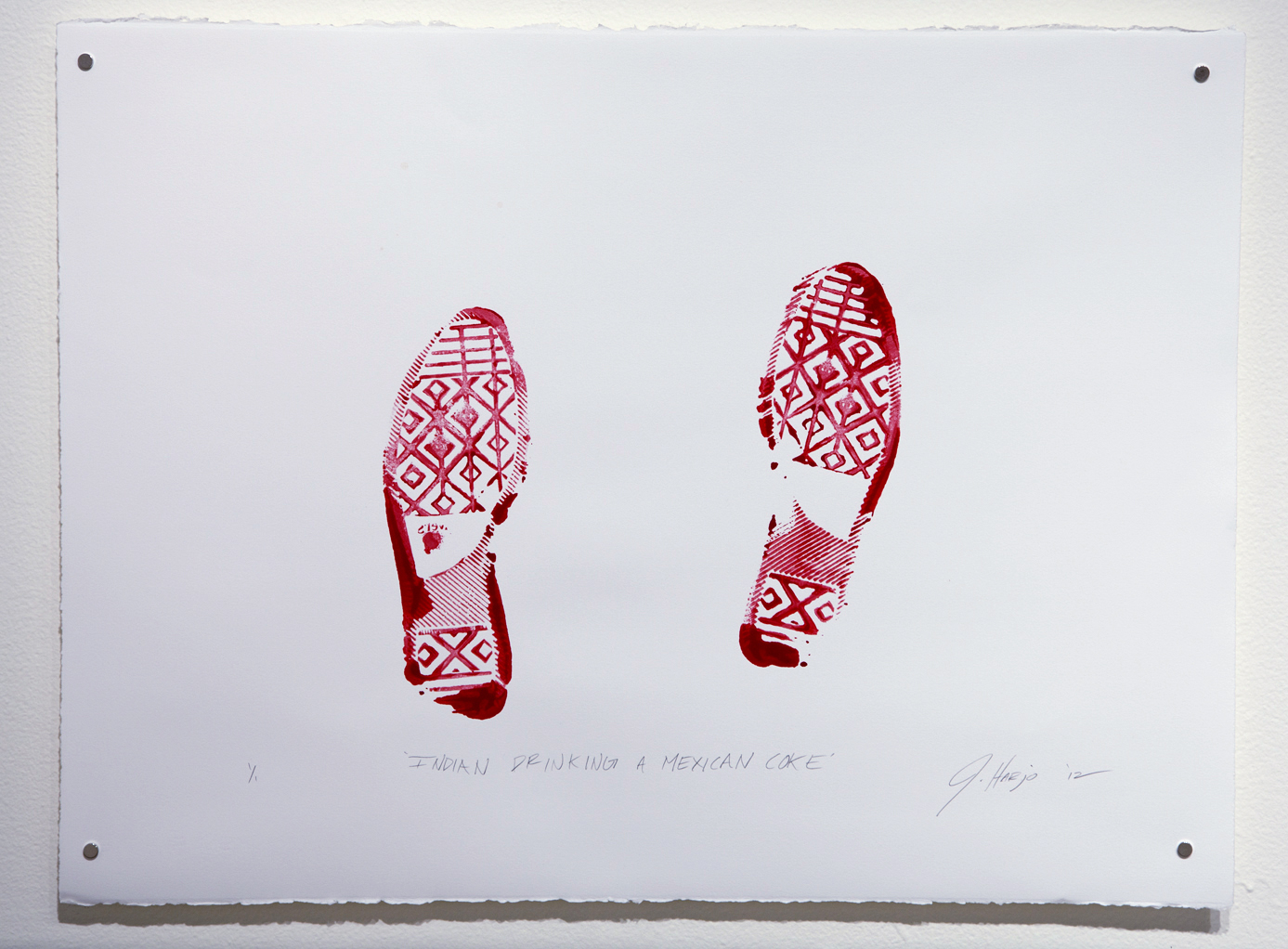 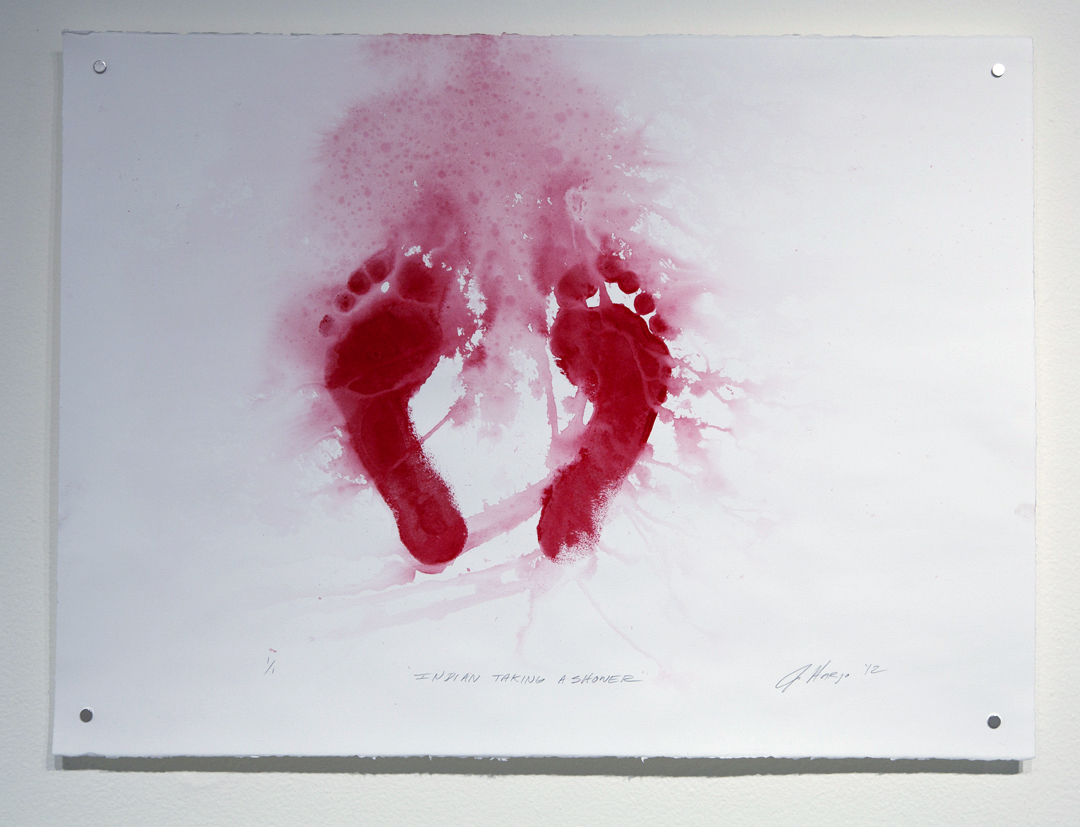 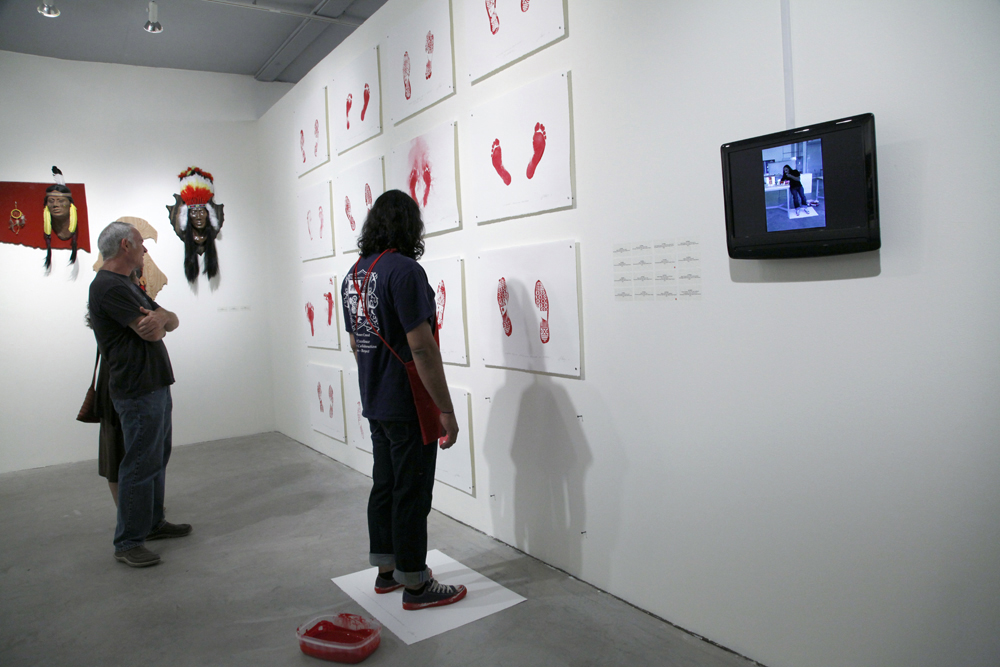 Harjo is a board member of the Muscogee Arts Association, a nonprofit organization that advocates for living Muscogee artists. He is a 2020-2021 Harpo Foundation Native American Residency Fellow and a recipient of the 2020-2021 Blue Star Contemporary Berlin Residency hosted by Künstlerhaus Bethanien in Germany. He is the Chair of Photography at the Southwest School of Art in San Antonio, TX.

Swimming with Sharks: Postcommodity and Wafaa Bilal in...