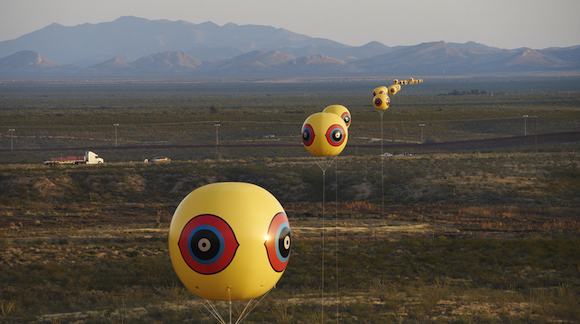 Austin filmmaker Sam Wainwright Douglas’ new documentary, Through the Repellent Fence: A Land Art Film, is one of 32 selected from filmmakers around the world to be screened at the New York’s Museum of Modern Art’s Doc Fortnight 2017. The world premiere of Repellent Fence will take place on February 18 and 19.

What began as a documentary on the “land art” movement in the U.S. soon evolved to focus on Repellent Fence—a temporary, two-mile-long art installation that intersected the US/Mexico border in October 2015, spearheaded by Postcommodity, an activist/art collective consisting of three Native American artists. The artists “put land art in a tribal context” in “a metaphorical suture stitching together cultures that have inhabited these lands long before borders were drawn.” The story is intercut with scenes from major land art works like Robert Smithson’s Spiral Jetty and Nancy Holt’s The Sun Tunnels.

And maybe a bit of Takashi Murakami? 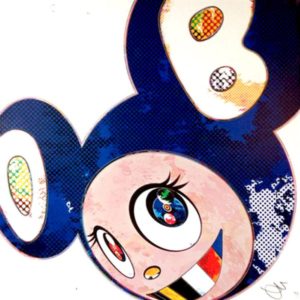 Takashi Murakami, And then x6 (Marine Blue: The Superflat Method), 2013

Swimming with Sharks: Postcommodity and Wafaa Bilal in...