On Video: Ways Of Seeing / The Medium Is The Massage 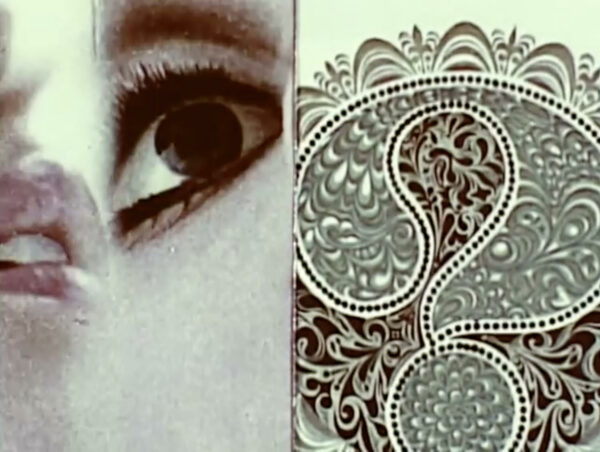 This week’s column plucks a couple of television programs from the video bargain bins. Both of these dusty freebies, available on YouTube, were experiments in thought and media in their time — one airing on NBC in 1967 and the other on BBC in 1972. One of them interrogates the past, the other, the future. Of course, we now live in a far distant future, but in some ways we’ve not gotten much better at grappling with the nature and societal implications of our visual culture.

Old TV documentaries, especially desperately ambitious ones from the 1960s and ’70s, can be seen as interesting precursors to current, 21st-century situations, as though they’re time-capsule reportage from the messy beginnings of larger shifts. The conceptual framing and execution can be clunky. But the best of them can surprise you with interesting observations and articulations so simply put as to create allegorical springboards. I enjoy going down a quaint old trail and then suddenly finding a bit of poignant cultural prediction, or an unexpected, experimental montage sequence. And my favorites of these media artifacts aren’t just “a little outdated,” but definitely and very specifically dated.

The figures at the center of this week’s two spotlights — John Berger and Marshall McLuhan — are well known, at least in art circles, though these programs don’t seem to be. The two of them are very different, but both pushed at assumptions and were seen as a bit controversial by the official gatekeepers in their time. I’ve read a fair amount by both Berger and McLuhan, and have appreciated their nudges. But probably more than being directly influenced by them, I’ve been influenced by others who were influenced by them. Offering more instigations than conclusions, their work invites optimistic skepticism and personal interpretation (though Berger does so intentionally, and McLuhan, not so much). 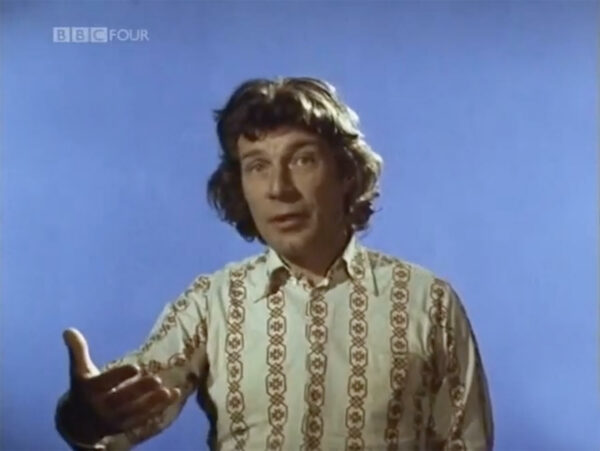 English painter, novelist, poet, and critic John Berger is best known for his 1972 art criticism essay book Ways of Seeing, which was adapted from this slightly lesser-known, four-part TV program of the same name that he and producer Mike Dibb created in late 1971. With wide eyes and an early-’70s long-collar shirt, Berger addresses the camera and outlines the intentions for this experiment in televised cultural criticism: “I’m going to try to relate the experience of art directly to other experiences, and to use the means of reproduction as though they offer a language, as though pictures were like words rather than holy relics.” He also promptly reminds viewers that this experience is being controlled by him, adding, “I hope you will consider what I arrange. But be skeptical.” 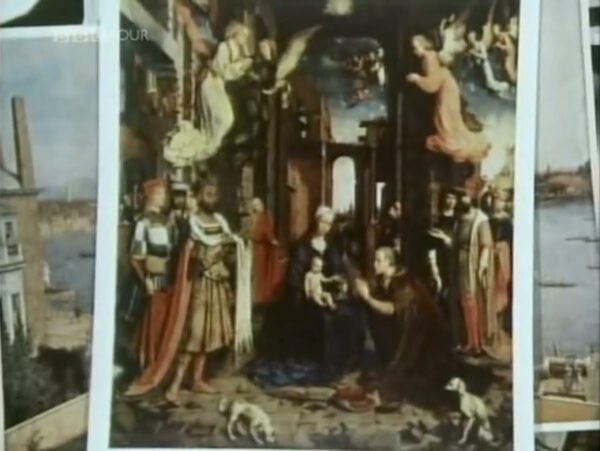 Over its two hours, Ways of Seeing unpacks the history of European painting as celebration of wealth, material ownership, and male objectification of women, while connecting this to a modern world of reproductions and advertising. The show illustrates contextual changes through clever media devices, and also includes some nice bits of BBC Radiophonic Workshop sound and music. The four 30-minute episodes can be seen for free on YouTube and are gathered here in one playlist. (Note: The links provided are the best versions of the show’s episodes. Beware of varying visual quality and some versions without color on YouTube and other free sites.) Here are brief episode listings with individual links:

Drawing on ideas from Walter Benjamin’s The Work of Art in the Age of Mechanical Reproduction, this introductory episode points to the changing contexts and malleability of art and image in the modern era.

The second part discusses depictions of women in the European oil painting tradition as subjects of male idealization and desire, and the impact of this on modern psychology.

The third episode illustrates the history of paintings as status symbols of their commissioners and collectors, celebrating wealth by glorified depictions of merchandise as well as the paintings themselves becoming treasured objects.

The fourth and final part of the series focuses on commercial art’s manufacturing of envy through glamour as it flips wealth status into aspirational promises of transformation through possessions. 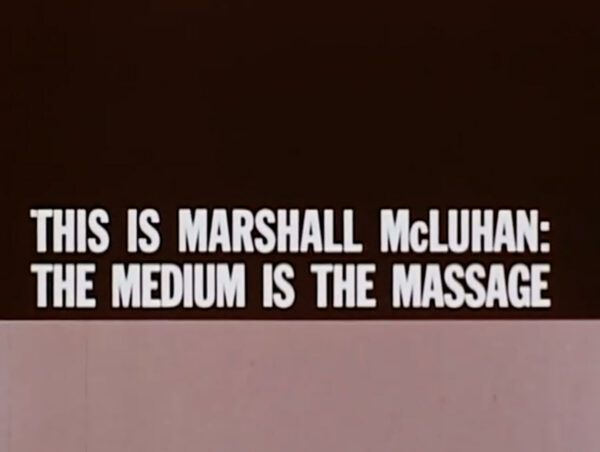 This pick delves further into the shifting media culture of the period. Many are familiar with the 1967 book, The Medium Is the Massage: An Inventory of Effects, co-created by Canadian media theorist Marshall McLuhan and graphic designer Quentin Fiore. Fewer are aware of the hour-long film This is Marshall McLuhan: The Medium is the Massage that was made the same year, shown on NBC TV in March of 1967, and distributed on 16mm to a number of universities in the U.S. and Canada.

McLuhan’s books had a huge influence on the media arts and pop culture — and later, on me as a student. So it’s funny for me to realize and admit here that he’s kind of a whiny old square. McLuhan pretty early on clarifies that his insight comes from being removed from the action in the “19th Century” country of Canada, and that much of his drive for investigating the changing media landscape comes from being annoyed by the changes. Regardless, his observations of the emerging electronic world of immersive involvement and multiple perspectives in which old categories are erased, art and information become environment, new forms of association and action arise, all information is recorded in the corporate memory, and people are so up in each others’ business that society will become “an Ann Landers column writ large,” are pretty good for 40 years prior to the rise of social media. 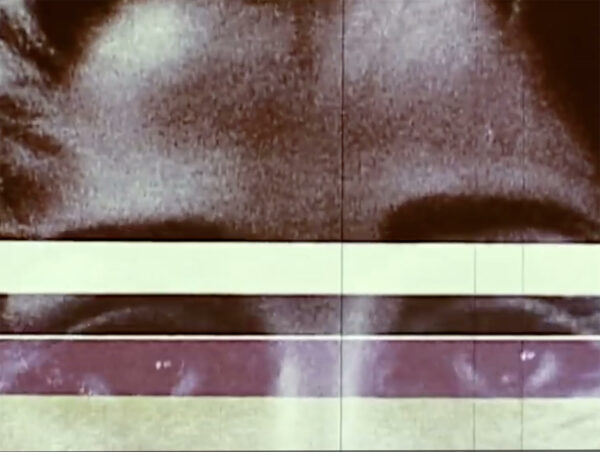 With its op-art backgrounds, ever-changing lights, odd croppings, and media montage sequences, the production by Ernest Pintoff and Guy Fraumeni hovers somewhere between experimental cinema and pop schlock — which is perhaps the perfect, confusing space for exploring McLuhan’s ideas. It’s appropriately muddy and self-distracting, landing occasionally on a few solid bits of commentary, narration, and visual montage. YouTube is absolutely the proper venue for this interesting bit of media prophecy.

For last week’s series installment, on the early 1970s episodes of the African American variety television show Soul! and a new documentary about its creator and host Ellis Haizlip, please go here.