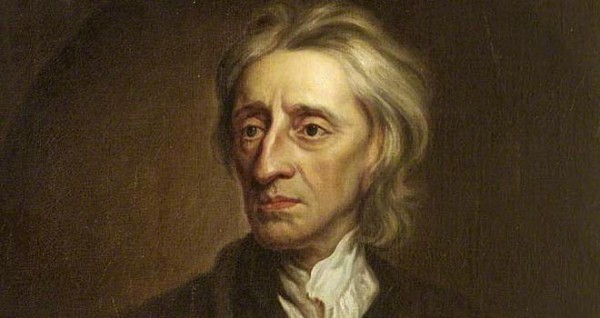 I was lucky in my education to have a few old-timer working artists lay out the bleak prospects of embarking on the path of an artist at the end of the twentieth century. There’s no money or glory in it if you understand it as part of the social contract and not a quest for celebrity or financial security. The common thread that runs through strong literature, good science, powerful art and real journalism is the desire to get close to the elemental truths of human life and to pursue in their varied ways a course of inclusion and justice.

After its decisive disconnection from religious allegory, art in all its varied manifestations has had a tough time justifying its existence. Journalism, on the other hand has a historically specific, if aggressively contested purpose. Its function is to inform the public of the activities of authority and power because neither can be trusted. Its reward has been a consistent history of suppression and oppression.

In a talk at Berkeley in 2011, David Simon—a former journalist whose profession has been so eviscerated by financial politics that he has resorted to delivering real news in the form of the fictional television shows The Wire, Treme and Generation Kill—paints a grim picture of what the pursuit of truth and justice in American journalism has become in the last forty years. His only real suggestion to Berkeley’s journalism students was to yell on their way down the cliff of civilizational decline.

What does art do? If we think about the profession of the artist in light of the profession of the journalist it seems reasonably clear that we can understand art in all its confusing disarray as a parallel discipline pursuing truth that is common to both but manifested in different languages. Noam Chomsky says art is the last stop after science for people to gain understanding of their world. He says art is the most profound but least specific pursuit of human truth. As a practicing artist, this definition rings true to me.

But what is artistic truth? Not that it seems to matter to many people anymore, but truth in journalism can be checked against a factual record. Science, if it doesn’t overstate its capabilities, offers tangible physical results that impact health and environment. At its most elemental, art is what remains when questions outlast reliable answers or workable theories. Its effects are much less quantifiable.

The job of the professional artist is to draw from all truth disciplines and make works that act as small lighthouses, drawing the people near them out of the fog or warning them off the rocks with stories and parables built out of the raw data of human life.

Like the migrant, art has no home. Its domain is the non-space outside every other circumscribed discipline. It exists in an ever-more absurd intellectual wilderness that mirrors the rootless world of the 21st century refugee who has fled his city but remains barred from entry into any other. Art, like the man and woman without a country, home or job is left to continually justify its necessity in the absence of its usefulness.

What does it mean to be simultaneously unnecessary and exploited? The mass migrations of political and economic refugees, seeking asylum behind European city walls know the feeling. The Mexican laborers in the parking lot at Home Depot know what’s up. Artists who believe in the art profession—and hold it to the same level of rigor that George Orwell or David Simon do for journalism—find themselves completely dismayed by huge swaths of their profession.

The state of museums and their mercenary corporate boards, most visibly exemplified by the museum wars in Los Angeles, has made it impossible to deny that museums, mega-galleries and auction houses are not much more than client institutions for banks trading money in the form of reified, abused Modern art and amusing design produced by the debt-laden MFA industry. The money shutting down newspapers is the same money infiltrating art.

Despite the fact that art operates in a less clearly defined space than journalism, we shouldn’t over-spiritualize the practice. Art has been a profession for a few hundred years. Like journalism, it is the systemized pursuit of truth through a specialized language. When journalism stops pursuing the truth, it becomes propaganda and misinformation, and science becomes pseudo-science while art loses its empathic humanity and becomes mere decoration and empty rhetoric. This radical emptiness makes it a fine financial instrument.

In an era of massive poverty, millions upon millions of stateless people, and immense concentrations of wealth, the professions of art and journalism—in their simultaneous redundancy and exploitation—find themselves penned in with the inmates and refugees in what novelist and broadcaster John Berger defines simply as a world of “prisoners and jailers.” This hopeless wilderness puts us in the perfect vantage point to turn our lights on and help lead the way out of the fog and past the rocks. It’s our job.

Art Dirt: On Speculation, Art Flipping, and the...

The Progressive Hammers Are Out, Looking For Nails

Thank you so much for putting into words what I have been thinking and feeling for quite a while. I think your analogies and metaphors are so right on…and yes, we definitely have a job to do! A changing time…a renewed strengthening of focus.

“At its most elemental, art is what remains when questions outlast reliable answers or workable theories. ”
As good a definition of art as I’ve ever seen.

Michael, thanks for an enlightened artist point of view. I especially liked “the systemized pursuit of truth
through a specialized language.”