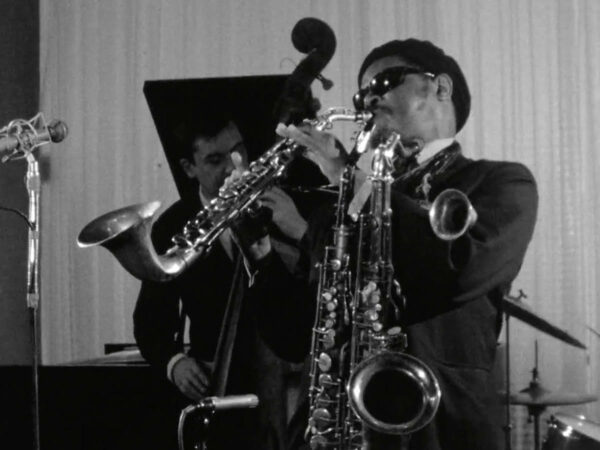 For this week’s installment of On Video, I’m highlighting some music performance films. Everything I talk about here is, of course, better on bigger screens whenever possible. But this week’s picks especially benefit from better sound than your laptop speakers.

I’ve found a nice online collection of Jazz performances filmed for European television in the 1960s — some great ones that I’d seen before and quite a few I had not. A large batch of archival performances from Belgian’s RTBF (Radio-Télévision Belge de la Communauté française) is available on Qwest TV — a streaming platform for all kinds of music docs started about five years ago by Quincy Jones and French media programmer Reza Ackbaraly. It’s largely focused on Jazz, but also includes a variety of international music, Rock, Blues, and Hip Hop. Qwest requires a subscription, but it’s pretty cheap to join ($4.99/month) and their apps for AppleTV, Roku, and Amazon make for easy, large-screen viewing. You may consider hopping on a subscription for just a month or so. Four to eight weeks of home concerts for less than ten bucks ain’t too bad. 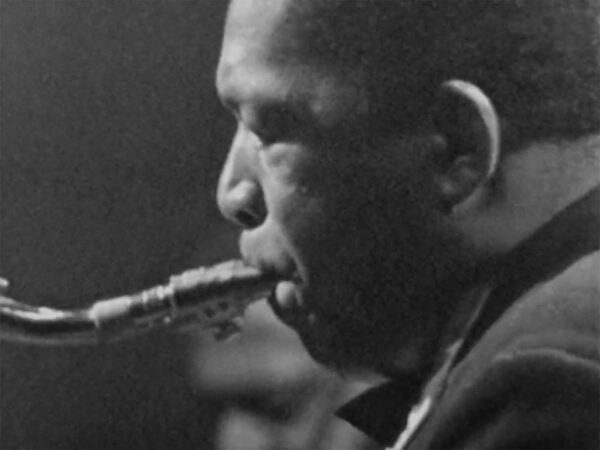 The platform’s RTBF archival stuff dates from the 1950s to the ’80s and includes some non-Jazz artists. But here are just some of the ’60s Jazz performances from that collection that have been lunchtime concerts in my home over the past couple of months. (Direct links are next to each of the titles below. For full RTBF archive offerings visit this page, and to explore all of Qwest’s collections go here.) 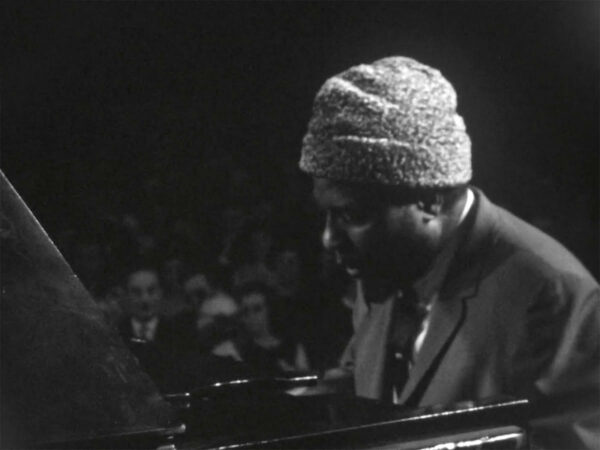 A two-part concert of MJQ, under the direction of John Lewis and featuring Lewis, Milt Jackson, Percy Heath, and Connie Kay.

The last footage of John Coltrane’s “classic quartet” with McCoy Tyner, Jimmy Garrison, and Elvin Jones, performing in a small Belgian town south of Liège in the summer of ’65. To put it in context, in the previous year they’d recorded the albums Crescent and A Love Supreme. 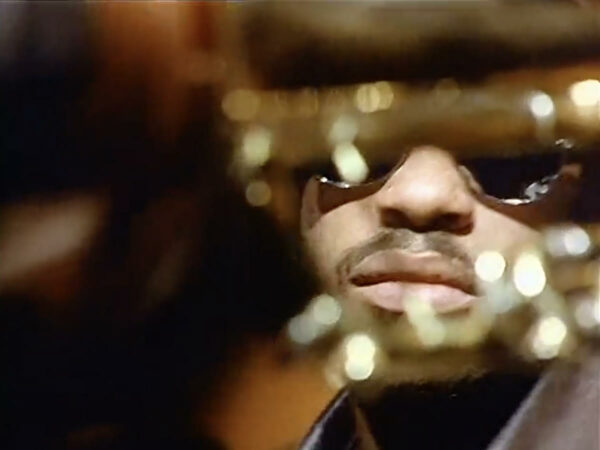 The compilation album Stolen Moments: Red Hot + Cool garnered high praise when it was released in late 1994, including being named Album of the Year by Time Magazine. The album was produced as a benefit for HIV/AIDS non-profit the Red Hot Organization, and along with Guru’s first Jazzmatazz album the previous year, it was one of the first recording projects to feature the collaboration of Hip Hop artists and older Jazz and Funk legends who’d been so important to the form via sampling. Despite its acclaim at the time, the album has sort of disappeared (unavailable on Spotify or Apple Music), and few seem to ever have known about the accompanying hour-long film, which aired once on PBS and had a limited VHS release before drifting into obscurity.

The Stolen Moments film includes music performances by Guru with Donald Byrd and Ronny Jordan; The Pharcyde with Groove Collective; MC Solaar with Ron Carter; Meshell Ndegeocello with Joshua Redman; Digable Planets with Lester Bowie, Joe Sample, and “Wah Wah” Watson; The Last Poets with Pharoah Sanders, and bits of the concert’s finale by Pharoah Sanders with everyone. These performances are captured in sharp color, while interspersed sequences shot on grainy black and white 16mm film feature participating rappers and musicians, figures such as Cornell West and Louis Jones, and unnamed folks providing candid social commentary on the state of Black America and struggles related to HIV/AIDS. 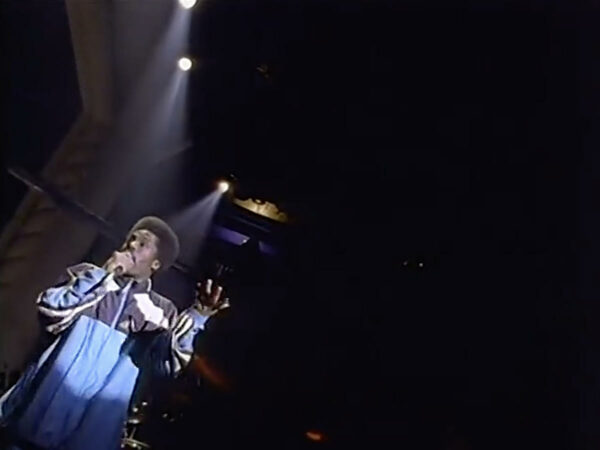 I should back up here to both brag and admit my total bias: I was in attendance at the 1994 concert at New York’s Supper Club that this film documents. It was beyond good. I’m not sure how my friend scored us a pass, but the event was not publicized and the audience was made up of music legends, young and old, and people involved in Red Hot and AIDS advocacy. I’d heard nothing about this project or the planned album before I saw the rather plain printed pass admitting us to a secret show organized by Red Hot and Giant Step/Groove Academy (who’d been organizing great Hip Hop shows in the city) and featuring an unfathomable line-up.

The show seemed to me, as I think it did to everyone involved, like a completely unique and important occasion of cross-generational, cross-genre collaboration. A ridiculously ambitious one-night event that somehow came together. Six months later, I bought the album (which included some tracks recorded at that show) and a copy of the film. Some years later, I was able to present a museum screening and host a conversation with its director Earle Sebastian, who is now best known for his work with Alicia Keys and creative directing projects such as the Black Ball charity concert. I’m always surprised to find people who would love the film but have never heard of it, and I’m glad to see it offered for free viewing on Red Hot’s Vimeo page. 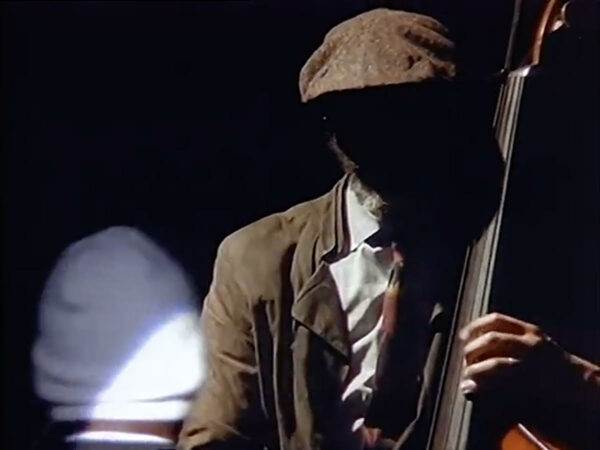 I want to mention something about one musical moment in the film, during the performance of French rapper MC Solaar and legendary Jazz bassist Ron Carter. When the groove breaks down to horn loops and Carter begins improvising, he lets a single, low note resonate for an impossibly long time and then moves his hand slowly up the bridge of the bass and then back down. You can hear the crowd cheering in the background at that moment — an immediate involuntary reaction from feeling throughout our entire bodies the booming amplification of acoustic bass during an unexpected, slow-motion sub-rumble. This, played by a solo elder on a wooden instrument, was incredibly powerful in person, and I hope it comes across in the film. 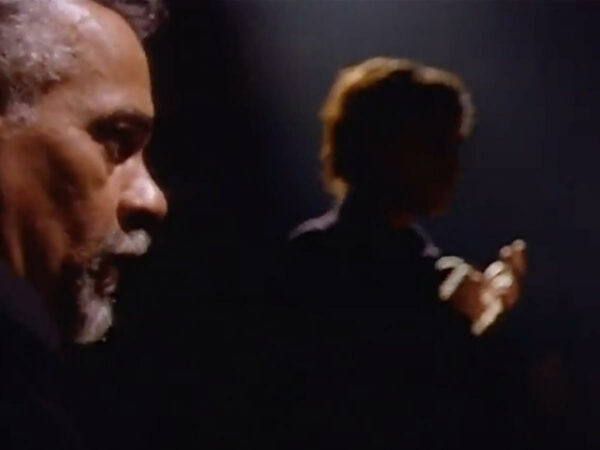 Houston’s own Joe Sample (The Crusaders) with Ladybug (Digable Planets)