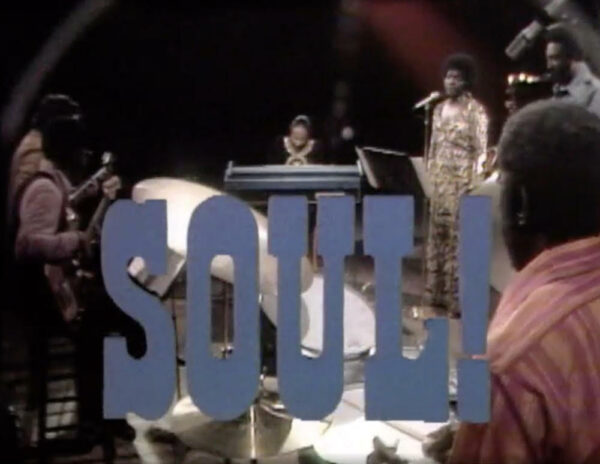 On Video is a new, regular column in which film curator and arts organizer Peter Lucas points to a range of off-the-beaten-path videos that can be streamed online but might not otherwise get noticed. This week’s shelf: Early-1970s episodes of the socially conscious African American variety television show Soul! and a new documentary about that show and its creator and host Ellis Haizlip.

There are a whole lot of narrative movies, documentaries, television shows, experimental films, and media miscellany available online — more than ever before. But, as you may have discovered while at home during the pandemic, there’s also a lot of great stuff that is either difficult to find or missing altogether. Further, the process of exploring the internet media landscape is often cumbersome and confusing, especially if you’re trying to look beyond top hits. This regular column will point to some off-the-beaten-path alternatives to the usual Netflix fare — videos that can be streamed online through different platforms’ collections or virtual screenings but that you might not otherwise notice. “On Video” will focus on the fringes and will also be informed by my own eclectic interests. So, not everything here is going to be your cup of tea. But I do hope you’ll at least enjoy reading these, and at most, take a few chances.

For this first installment, I want to bring your attention to the often overlooked, late-’60s/early-’70s TV show, Soul!. I’d encountered bootlegs of Soul! over the years, and these amazing media artifacts always struck me as evidence of something completely unique. But, knowing that the archival practices of local TV stations back then were little to none, I never thought I’d see a legitimate release of full episodes. Recently, I was very happy to find that there are a number of complete episodes of the show available to stream online! Over the past month, I’ve been watching this collection of available episodes, which comprises about 25% of the episodes that were made and about 80% of the episodes that are known to have survived. There is perhaps no better time for re-discovery of this long-buried treasure of Black independent media. 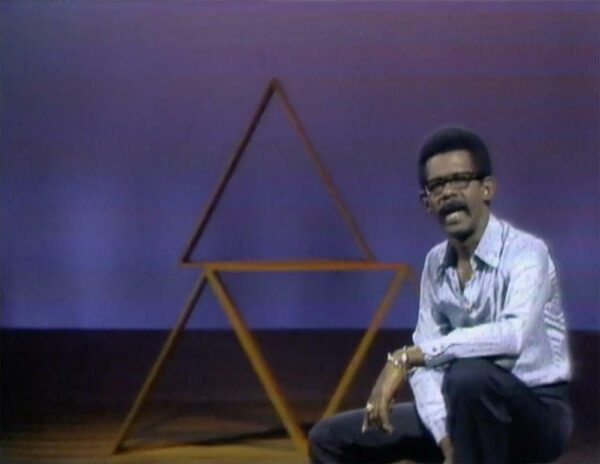 Soul! was a groundbreaking variety television program created in the late-1960s by Ellis Haizlip as an unfiltered, eclectic, non-commercial vehicle for African American arts, culture, community, and social justice. It was videotaped live in a New York studio and aired weekly between 1968 and 1973 on public television stations in cities around the country. At a time when few positive representations of Black culture were seen on TV, Soul! was a revolutionary flower grown through a crack in the mainstream television landscape — a crack opened by the non-profit NET and the dawn of PBS. The show was immensely popular with African American audiences where it aired, seen as a much-needed inspiration for Black pride and future-imagining during a particularly tumultuous time. 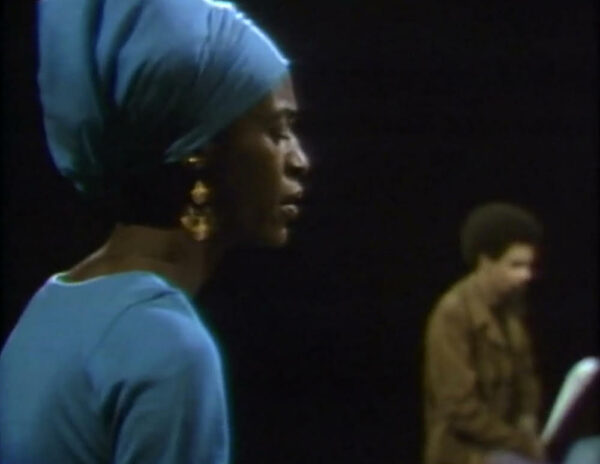 Soul! dispensed with categorical distinctions between so-called high and low art forms and genres to instead present a varied mix of musical performance, poetry readings, interviews, and occasional interludes of dance, theater, and photo montage. Being non-commercial, Soul! had the freedom of uncensored discussion and flexibility of format. One needs to see full episodes to appreciate the show’s organic flow, the frankness of its discussions, the intimacy of its space, and the allowance of its pace. Seen today, a half-century later, these transmissions serve as a striking reminder of what socially engaged interdisciplinary arts presentation can be, and a great resource for important and often overlooked African American works of all kinds. 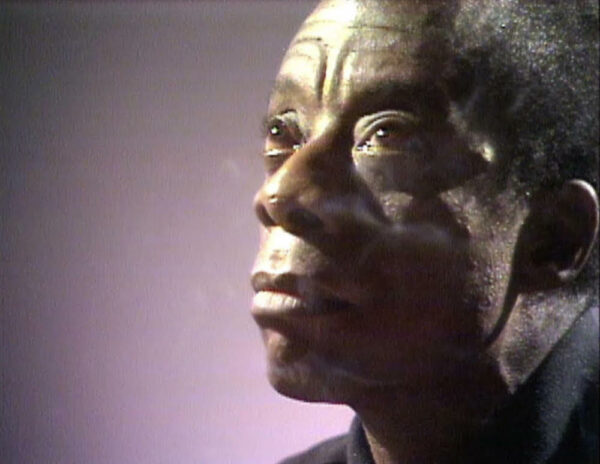 There are 24 episodes of Soul! available to stream on Amazon Prime (free for Prime members or a buck per episode otherwise) and also on the smaller platform ShoutFactoryTV (free, but a little less user-friendly). On both streaming platforms, these are listed as sequential episodes of “Season 1,” but my research has shown that they’re actually various episodes from across its final three years, 1970-73, and that all of the listed air dates are wrong. If you’re interested, I’ve included an episode list at the bottom of this article for which I’ve corrected the dates and added a little additional content information (I’ve kept the episode numbers and titles consistent with their online listings for easy navigation). These may seem like small details, but I think specific context is important here. 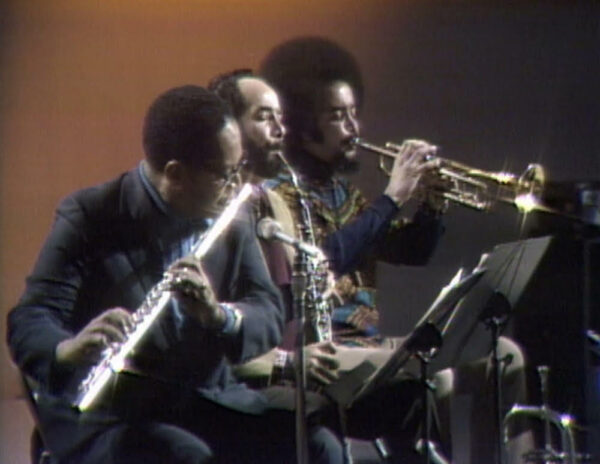 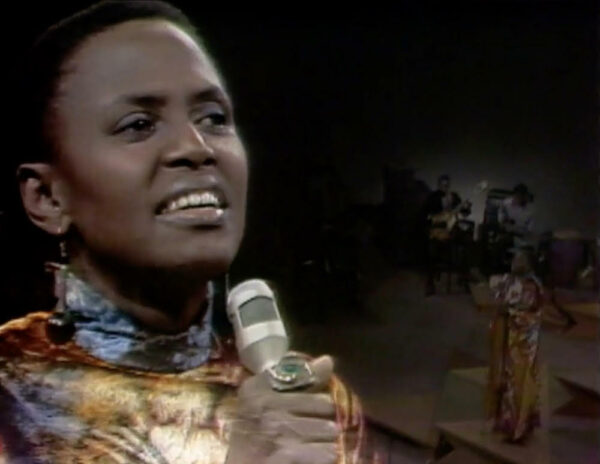 The format ranges from interesting combinations (for instance, singer Bill Withers, jazz pianist McCoy Tyner, and poet Mae Jackson trade the stage in a 1971 episode) to focused shows (such as the full-episode tribute to the poetry of Bob Kaufman or the two episodes dedicated solely to an intergenerational conversation between James Baldwin and Nikki Giovanni). I’d originally intended to suggest just a few favorite episodes here, but since they’re all good and each unique, I’ll instead just urge you to either peruse the list below and choose something of interest, or just start watching and see where it takes you. 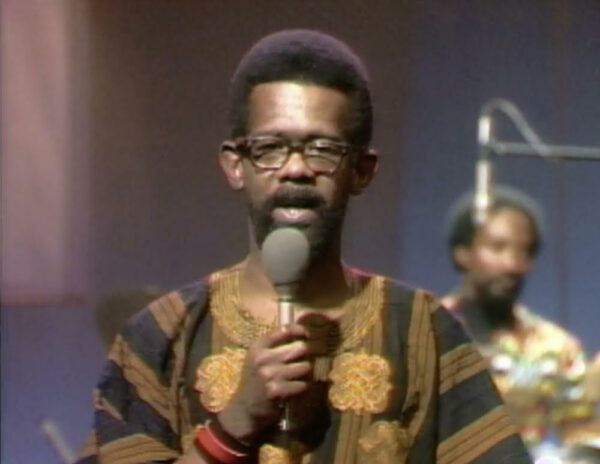 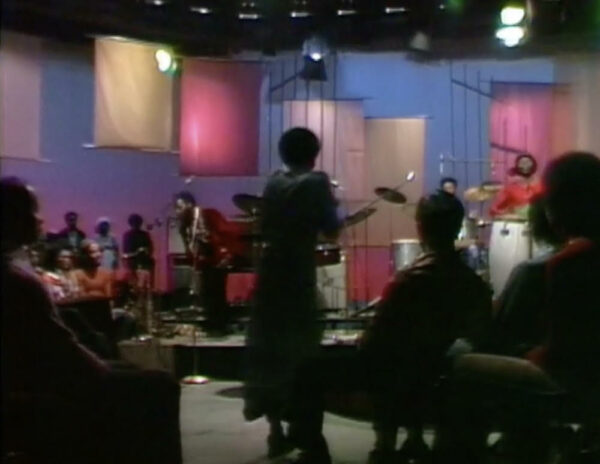 Some weeks into my watching this collection, I got news that the Museum of Fine Arts, Houston would be presenting the new feature-length documentary Mr. Soul! in its virtual cinema series. Now streaming through the end of September ($12), Mr. Soul! profiles the show’s creator, producer, and frequent host Ellis Haizlip — an openly gay man who was closely associated with the Black Arts Movement — and outlines the show’s story, contributors, impact, and historical significance. Co-directed by Ellis’ niece Melissa Haizlip and Sam Pollard, the film is great and includes a lot of short clips, including a handful from episodes that are not available to stream. You might choose to watch this first as an introduction, or, like me, check out some original episodes of the show first so that you’ve got a personal sense of the thing before digging into its backstory. The trailer below gives you a good, quick glimpse of both the show and the doc.

Amazon Prime Video (Free rental for Prime members, or purchase for .99 per episode/19.99 for all 24)

ShoutFactoryTV (Free, but the platform is not quite as functional as Prime)

Available episodes of Soul! (with corrected airdates and some additional content information):

“The Roots of Black Protest,” Frederick Douglass’ orations, performed by actor Arthur Burghardt, with performances by drummer Max Roach and his jazz ensemble and the 22 voices of the J.C. White Singers.

The first of a two-part conversation between author James Baldwin and poet Nikki Giovanni, taped in London.

Guest host Nikki Giovanni opens the show with her “Kidnap Poem” and presents performances by South African-born singer Miriam Makeba (then married to Stokely Carmichael) and singing group the Delfonics, and an interview with heavyweight boxing champion Muhammad Ali.

Author Chester Himes (in a rare U.S. appearance since moving to France in the 1950s) is interviewed, actor Al Freeman Jr. reads from Himes’ autobiography The Quality of Hurt, and singing group The Dells performs five songs.

Actors Sidney Poitier and Harry Belafonte discuss their new film Buck and the Preacher (with film clips) and a range of other topics, Broadway star Novella Nelson performs.

In a show dedicated to the poet Bob Kaufman, actors Ruby Dee and Ossie Davis read Kaufman’s poetry accompanied by live music by composer/saxophonist Lucky Thompson and an eight-piece jazz ensemble. Host Ellis Haizlip interviews Davis and Dee about their own work.

Musical performances by Tito Puente and Willie Colon with their orchestras. Guest host, poet Felipe Luciano (one of the Original Last Poets) opens the show with poetry over percussion, relates a history of Afro-Latin music, and interviews the bandleaders. Clips from the Fania film Our Latin Thing.

Musical performances by the Spinners and the Jimmy Castor Bunch.

Musical performances by Harold Melvin & the Blue Notes and singer Esther Marrow, and an interview with Ida Lewis, editor of Encore magazine.

For the final episode of the show, Ellis Haizlip and the Soul! staff read poetry, share letters from viewers, and show previous performance clips including LaBelle and King Curtis (the show’s original musical director, who passed away during its run).

Very glad to learn about this. I look forward to watching.

Enjoying and appreciating these. Nice piece.