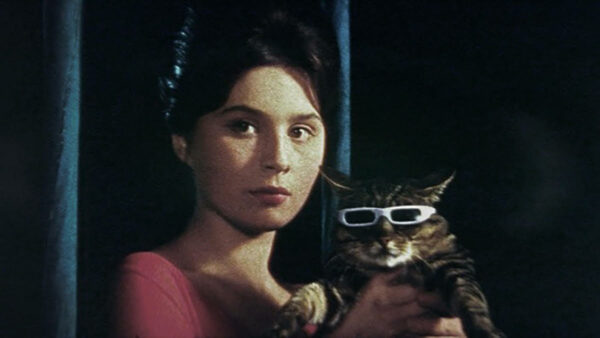 Let me tell you about a continuous flow of cinema obscurities that has been a little part of my media landscape during this long, weird shutdown. Programmed anonymously by some passionate folks with deep media collections, Cinephobe.TV is perhaps the weirdest wildcard source that I’ve been tuned into over the past however-many-months, and I’m grateful that these film nerds decided to step up to fill the void of repertory movie-going during the pandemic.

Run by a self-proclaimed “small group of film enthusiasts with a sense of humor and a low tolerance for stupidity,” the snarky Instagram account @TheCinephobe has been meme-mocking New York’s arthouse movie scene for a few years now. But as Covid-19 hit and all movie theaters shut down, the trolls got goals. The group started a pirate internet movie channel in late March and began livestreaming classic, rare, and experimental films online, nonstop, 24-7. Cinephobe.TV focuses on rare and obscure films that can’t be seen anywhere else, and posts a schedule for the next few days’ film programming with brief descriptions.

I don’t normally plan too much with Cinephobe.TV. Rather, it’s something I might check every once in a while, catch 15 minutes of whatever they’re showing, and glance at the schedule for what may be coming up later that day. For me, the site has basically been a strange, alternate-reality TCM. I don’t watch it all the time, but I’m comforted knowing it’s there, always going, and with at least a few viewers from around the world watching along. Sure, it’s a little weird to catch half a Bergman film at 3 a.m., or an Italian horror film in the afternoon between Zoom meetings. But these are weird times, and social media scrolls get old. I’m up for some surprises.

I honestly didn’t appreciate how much I’d come to rely on its presence until they went on hiatus recently. For the first time in six months, the Cinephobe folks took a well-deserved few weeks off and I worried that it might not return. But they said it would be back, and it is!

This Saturday, the day this column is published, is its first day back “on the air” after the break. In celebration of its return, I thought I’d try a little something different here. The week’s schedule has only been posted for a few days, so I haven’t had a lot of time to think about this. I’m going to go through the schedule quickly and point to some things on the coming week’s roster that catch my eye — mostly films I know a little something about but have never seen. This Cinephobe “TV Guide” grab bag may be useless. Or, maybe you’ll see something you’re interested in, and at least it’ll give you an idea of the kind of deep cuts that are flowing there non-stop — every day, all day. Okay, starting with today, here goes… . 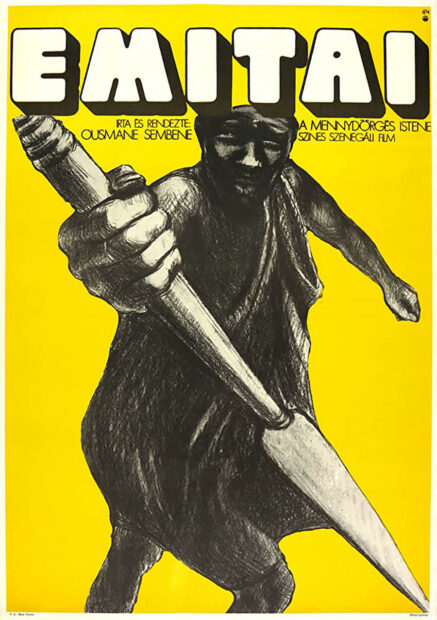 Senegalese writer and film director Ousmane Sembène (Black Girl, Ceddo, Faat Kiné) is considered the father of Black African film. In this early feature set during WWII, a conflict arises between the Diola of Senegal and the French colonial government. I’ve seen a number of Sembène films, but not this one!

Robert Duvall made his feature directorial debut with this drama about New York Romani people, centered around a 12-year-old boy and featuring mostly non-actors playing versions of themselves. People seem to like the naturalness of the performances.

I know nothing about this early-’70s heist comedy, and it might be dumb. But I’m interested because it’s by Armenian-American film director and editor Aram Avakian, who co-directed the concert film Jazz on a Summer’s Day, directed the influential 1970 indie film End of the Road, and edited a lot of films. 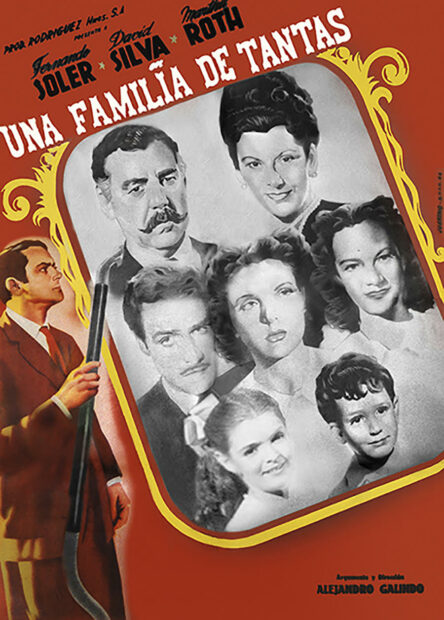 A FAMILY LIKE MANY OTHERS (Director Alejandro Galindo, Mexico, 1949)

MFAH Films presented this in their great Mexican film series a couple of years ago, but I missed this screening. It’s one of the most beloved films of the golden age of Mexican cinema in the 1940s and ’50s — a family melodrama that “reflects the morals of the urban middle class and questions the authoritarian logic of family structure.”

Directed by Vernon Zimmerman (Unholy Rollers, Fade to Black) and written by Terrence Malick (who would write and direct Badlands the following year), Deadhead Miles stars Alan Arkin on an absurd road trip in a stolen 18-wheeler. The studio gave them a small budget and complete artistic freedom, and then considered it way too weird to release. I don’t really have a read on this, but I’m curious. 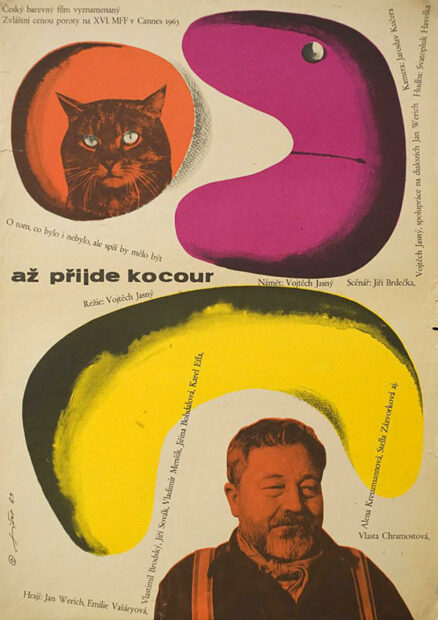 The award-winning first film of director and actress Larisa Shepitko (The Ascent), made when she was 22. An idealistic, recent high-school graduate goes to work on an isolated communal farm on the Kazakh steppe, only to clash with its authoritarian leader.

A mysterious traveling circus arrives in a village, accompanied by a sunglasses-wearing cat named Mokol. When the cat’s glasses are removed, people appear bathed in different colors that reflect their true feelings. I’m sold! Even if it hadn’t won awards at the Cannes Film Festival. 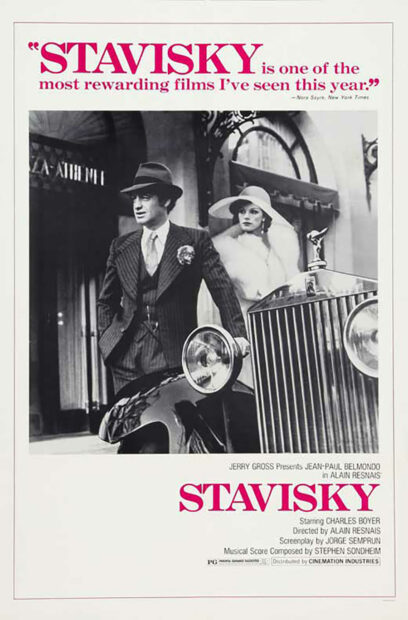 AKA It Won’t Rub Off, Baby. Based on the novel Night Song and loosely inspired by the life of jazz musician Charlie Parker, it stars comedian/activist Dick Gregory (in a serious role) and features a score by pianist Mal Waldron. (Ok, I do know this one well, and in fact have been in touch with the director’s daughter about a possible Houston screening in the future.)

Based on a real-life crook and showbiz impresario, Jean-Paul Belmondo stars as a romantic 1930s swindler in this mid-career film by French filmmaker Alain Resnais (Night and Fog, Hiroshima Mon Amour, Last Year at Marienbad). Score by Stephen Sondheim. 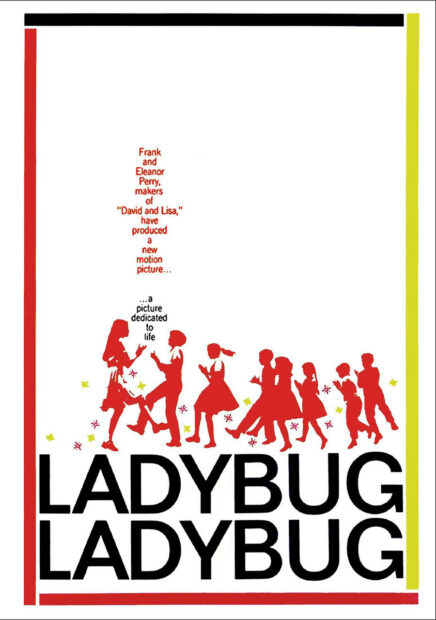 Writer Eleanor Perry and her then-husband director Frank Perry made a number of films together, including David And Lisa the previous year and The Swimmer a few years later. In this commentary on the psychological effects of the Cold War, teachers and students at a rural school react to a warning of imminent nuclear attack, not knowing whether it is real or a drill. 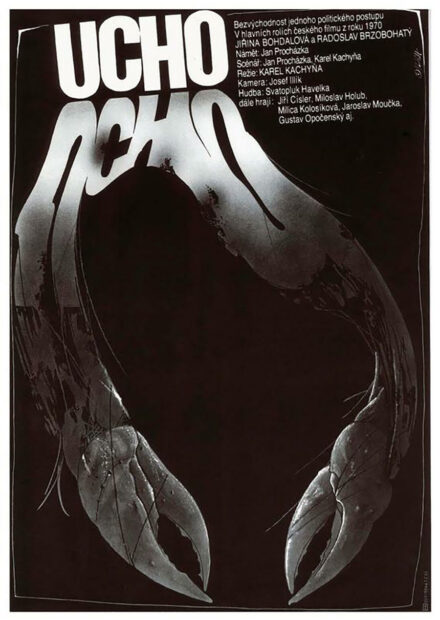 Portraying a controlling Swiss society and foreshadowing the Zurich protests of 1980, this “fictional documentary” centers on a young couple facing a mysterious epidemic that the government wants to cover up. Cahiers du Cinéma called the film “a hyperrealist parable” and an “ethnological piece of science fiction about what’s going on in Switzerland today.” Maybe a bit much for 7 a.m., but sounds interesting.

Banned by Czechoslovakia ‘s ruling Communist party, this film went unseen until the fall of the Communist regime nearly 20 years later. The film is about a bitter married couple who begin to believe they’re under surveillance by the government. A Lincoln Center blurb calls it “something like Cassavetes’ Faces meets The Conversation.” 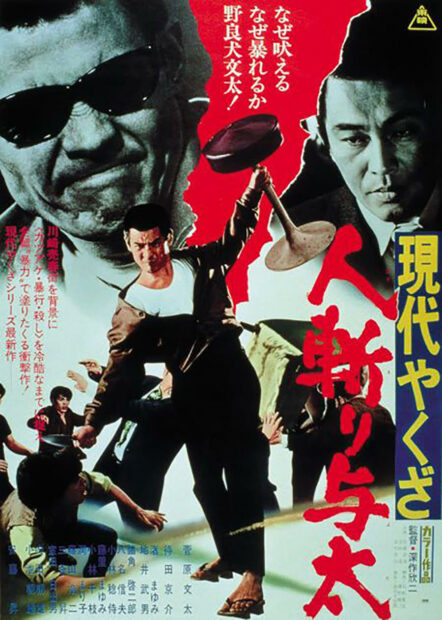 Directed by Kinji Fukasaku (The Green Slime, Battle Royale), Street Mobster is fast-paced and brutally relentless — one of the most violent gangster films of all time. After getting out of prison, a psychotic street thug forms his own gang and goes to battle against the yakuza.

Young poet Max hires a marketing company to turn his suicide into a mass-media spectacle, but soon finds his subversive intentions diluted. This plot is the surface of the film’s deeper critique and audiovisual experiment. After only a handful of screenings, Don Levy’s only feature film and his only intensely personal statement went unseen for 40 years. 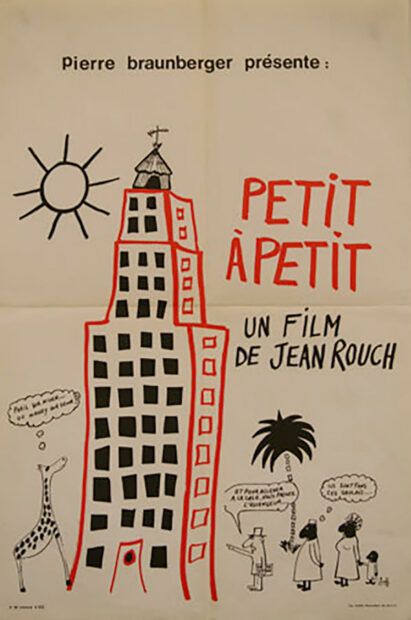 Jean Rouch had spent decades documenting West Africa as an ethnographer before making this satire in which his Nigerian collaborators Damoure Zika and Lam Ibrahim travel to Paris to learn about the construction of tall buildings, but end up investigating the oddities of French culture via methods that begin to resemble those of imperialist European anthropology.

For last week’s series installment, on some rare Jazz performance films you can stream now — some filmed for European television in the 1960s, and one from NYC in 1994 — please go here.