On Video: The Spook Who Sat By The Door / Nothing But A Man

While he’s best remembered for his role in the ‘60s TV comedy Hogan’s Heroes, African-American actor and director Ivan Dixon should be best remembered for his involvement in two unique landmarks of independent cinema. Though both of these films are highly regarded and are in the Library of Congress’ National Film Registry, neither has been widely enough seen, and neither is available on streaming services. This installment of On Video focuses on these two very different films: the 1964 realist drama Nothing But A Man, in which Dixon stars opposite Abbey Lincoln (a passable-quality full-length version is on Vimeo), and the 1973 political thriller The Spook Who Sat By The Door, directed by Dixon (a very good restored version is available as a free virtual film festival screening). 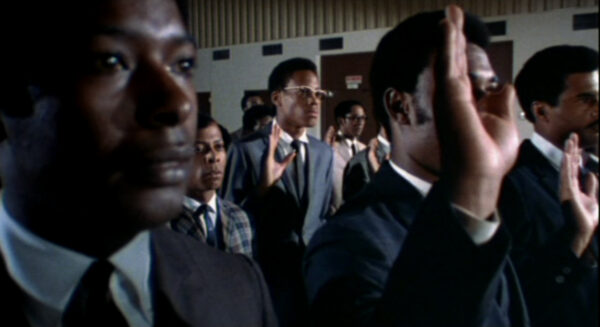 The 1973 independent movie The Spook Who Sat By The Door isn’t a discarded flop. It’s a buried fire. Based on the novel of the same name by Sam Greenlee and produced independently by Greenlee and Dixon, it’s a provocative social satire and political polemic guised as thriller. It was immensely popular upon its opening, but the premise of Black nationalists turning the government’s tactics of violence and deception against it delivered a little too much heat for the establishment to handle. The movie’s theatrical release was cut short when all of the film prints vanished mysteriously — some say due to pressure from the F.B.I. — and it wasn’t shown in theaters or released on home video for decades. Bootlegs surfaced here and there, though. That’s how I originally saw it, and that’s how the film’s influence trickled out despite its obscurity.

Courtesy of the 58th annual New York Film Festival, The Spook Who Sat By The Door is available to stream here for free for a very limited time — now through Wednesday, Sept. 23 (though tickets are limited, so I’d suggest acting quickly to secure your access). It’s a rare opportunity, as this is the very first time a good, restored version of this underground classic has ever been presented online. It was selected for the festival by filmmaker Ephraim Asili, whose own experimental feature The Inheritance, based on his years in a West Philadelphia Black radical collective, is streaming as part of the festival’s “Currents” section (available for $12 here). The streaming of Spook includes a short video introduction by Asili and Dennis Lim, director of programming at Film at Lincoln Center. 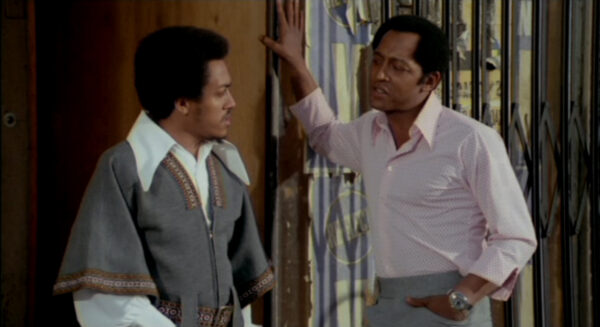 “The Negroes are the trouble spot,” a Senator’s secretary reports at the opening of the film. “The computers indicate a sharp decline after your ‘Law and Order’ speech last year.” Needing the Black vote for his re-election, he decides to publicly criticize the C.I.A. for having no Black agents. Dan Freeman (Lawrence Cook) becomes the agency’s first token Black member, but eventually leaves the job to take his C.I.A. training back to the streets of Chicago and lead his old gang in a revolutionary new direction. “What we’ve got now is a colony. But what we want to create is a new nation.” 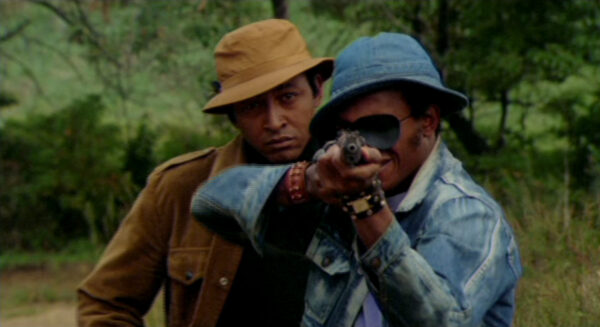 Spook is surprising in its turns, from satirical to deadly serious, broad to sharply focused, controlled to chaotic. Its simple, tightly composed visual style breaks for an unforgettable scene of handheld vérité shooting. The film’s nervous system is its musical score — a raw and relentless electric pulse of funky grooves and disjointed synth sound textures by Herbie Hancock, the legendary Jazz pianist who was aggressively experimenting with musical forms and new electronic instruments at the time. Early in the film, an extended interlude of backward-and-forward drums establishes a tense tone of collaged contradictions. 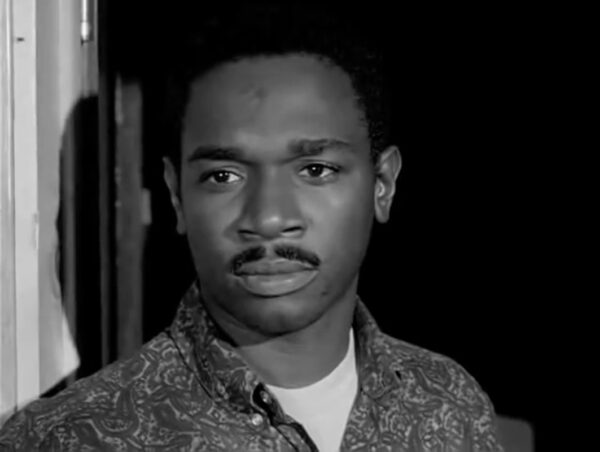 This festival presentation of The Spook Who Sat By The Door made me want to revisit the independent film Nothing But A Man by Michael Roemer and Robert M. Young, made a decade prior to that film and featuring Ivan Dixon in his first (and his favorite) starring role as actor. Though it isn’t currently available on streaming platforms, I was able to find a decent full version on Vimeo here. (This is not as good as the film can look, but is slightly better quality than its posts on YouTube, and not segmented or interrupted by ads like it is there.) 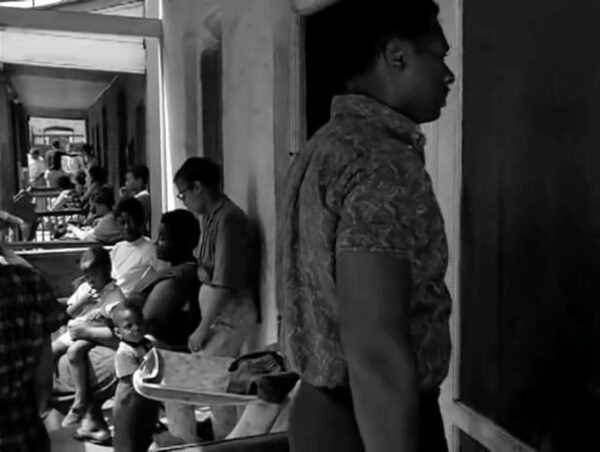 Known for its subtle realism and moving performances, this 1964 film stars Dixon as a railroad hand who’s working near Birmingham, Alabama and falls for a preacher’s daughter and school teacher, played by Jazz singer Abbey Lincoln. While continually confronting racism, he struggles to settle down and to accept and to extend love in his life.

The film features a number of great performances, including Julius Harris as Dixon’s flawed father and Gloria Foster (later known for her role as The Oracle in The Matrix movies) as his father’s long-suffering girlfriend. Nothing But a Man‘s black-and-white photography and its interweaving of documentary and narrative sequences give it a naturalness uncommon in movies of the era, as does its refusal to soften or simplify struggles of African Americans in the South. The film won awards at the Venice Film Festival and was well-received at its U.S. premiere at the 1964 New York Film Festival, but it failed to cross over to wider audiences and fell into obscurity.

For last week’s series installment on John Berger’s Ways of Seeing and Marshall McLuhan’s The Medium is the Massage, please go here.