The newly opened Ruby City in San Antonio has acquired San Antonio-based artist Katie Pell’s sculpture, Bitchen Stove (2006). Purchased from Pell’s Bitchen series, in which the artist customizes kitchen and other home appliances such as a vacuum cleaners, toasters, washing machines and stoves, the work “inverts the feminine, functional spaces of the home into the indulgent, male realm of custom car culture.”

Bitchen Stove was created during Pell’s 2006 residency at Artpace in San Antonio; the Bitchen series features repurposed appliances with performative elements, all painted with racing stripes and other nods to car culture. Writes Pell, in a press release from Ruby City: “I looked… the different sub-genres within that culture. I made things as if I was pretending to be someone who was really into each of those genres, for example Malibu style, glittery lowrider, etc.” 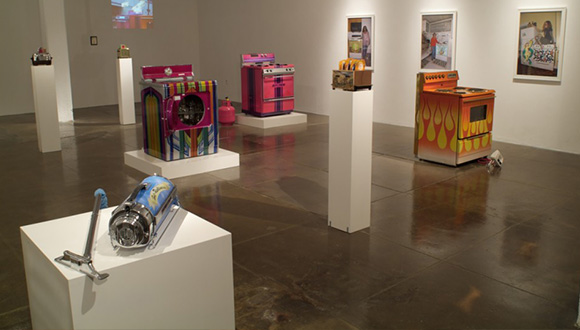 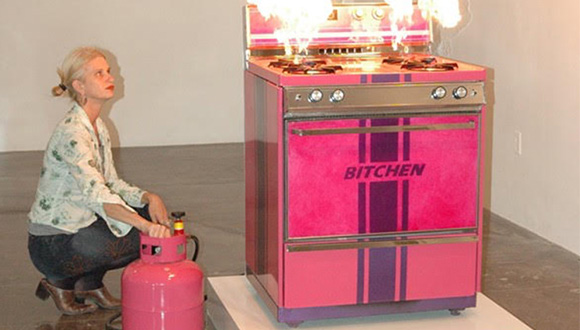 Pell was born and raised in Wilmington, DE., received a BFA in painting from Rhode Island School of Design. Later in life, Pell received an MFA from University of Texas at San Antonio. She has lived and worked in San Antonio since 1995.
Her artwork is in the permanent collections of the New Museum, San Antonio Museum of Art, and Linda Pace Foundation. Pell has held residencies at Anderson Ranch, Artpace and Pilchuck Glass School, as well as public art commissions throughout San Antonio.  In 2018, she exhibited her work at Columbia Museum of Art, SC in an exhibition titled, “Something’s Happening; The Big Art of Katie Pell.”

For more on Ruby City and the Linda Pace Foundation, please go here.

Katie is one of the most brilliant artists I’ve ever had the pleasure of working with. True Badass; kudos for such an acquisition.