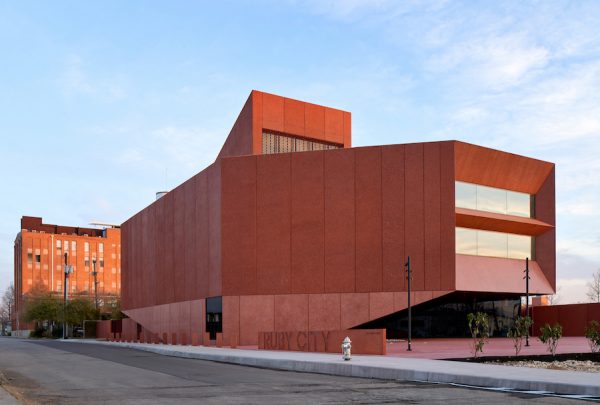 Few people have had more of an impact on art in San Antonio than Linda Pace. The legendary philanthropist, collector, artist, and curator founded Artpace in 1993 (it opened in 1995), which has provided hundreds of residencies and exhibitions for regional, national, and international artists, and continues to do so. Pace died in 2007, leaving the legacy of Artpace and the more recent Linda Pace Foundation (LPF), founded in 2003.

Over the past dozen years the LPF has slowly built an impressive compound on Camp Street in South San Antonio that includes a studio/gallery and a tranquil park named after Pace’s late son Chris. But the pièce de résistance is Ruby City, a culmination of Pace’s dreams and passions slated to open this October.

The color red has seemed to play a mythic role in Linda Pace’s life. There is the red salsa of Pace Picante that built her fortune, and her own artwork, which often used shocking electric reds as a central motif. The headquarters of Artpace is red, and the coffee-table book from 2014 chronicling Artpace’s history is called Dreaming Red. Pace claimed that the vision of Ruby City came to her in a very detailed dream, one that she sketched out the morning after. It’s a true gift if you’re struck by a cosmic thunderbolt in the form of a dream, and even better if you’re able to actualize it. Enter David Adjaye. He’s one of today’s most legendary and influential architects, who’s designed such iconic buildings as the Smithsonian’s Museum of African American History and Culture, the Oslo Peace Centre, the Museum of Modern Art in Denver, and many others.

Pace was always a keen judge of talent (if not genius), and formed a relationship relatively early on in the esteemed architect’s career. In a recent talk in San Antonio, Adjaye spoke about Pace’s dream drawing:

“When I got the sketch I sort of felt like… this is like a sort of puzzle. I immediately seemed to understand it, it seemed to kind of unlock itself for me. I thought it was a kind of dense poem, a sort of dense mediation on all that she wanted to happen. And in a way, I took from it literally, and I took from it also… in terms of history, the past and the possible future. She called it Ruby City. It was somehow a kind of a podium with this sort of beautiful city temple — almost a kind of image of a shining city on a mound.”

The finished structure indeed has the gravitas of a temple, and is as much a work of art as the collection it houses. The concrete was precast in Mexico City and imbued with red, so that it glows and flickers like ruby glass. The base of the building is smooth and the upper portion is rough and flecked like a geode. The building carries many associations and references that connect in a fluid sequence akin to a dream — the genesis and spiritual core of the building. There are nods to pre-Colombian architecture and San Antonio’s legendary missions.

But the references are subtle and intuitive. As Adjaye said:

“There’s a huge effort to reduce most of the articulations you see on most traditional architecture so that it makes a relationship to vernacular forms — but really, it’s a complete abstraction, it’s a complete reverse. There is no detail. There are no grottos, there is no change in roof and skin. The only change is in the textural tone and its relationship to light.”

Pace was an intuitive collector who had a rare sympathy with artists. (As Adjaye points out: “I always felt that Linda was able to get magic whenever she visited artists.”) Pace’s collection reflects that. It is a deeply personal and eclectic one, less a museum than the record of a life lived in the thrall of creativity. Many of the artists in the collection were personal friends of Pace, including Isaac Julien, who facilitated Pace’s first meeting with Adjaye. 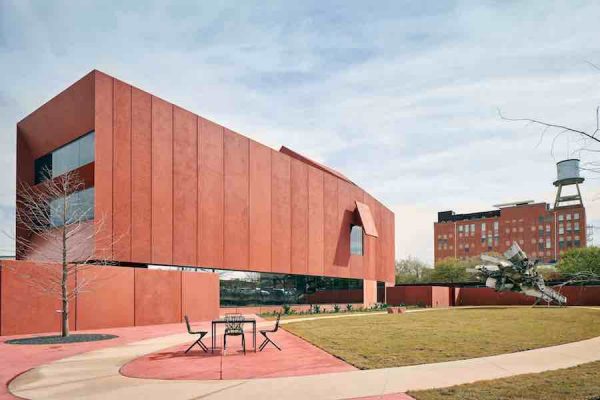 The green space adjacent to Ruby City holds a piece by sculptor (and Texas native) Nancy Rubins. The large-scale sculpture of Rubin’s signature airplane parts and metal — like a machine in the midst of a shedding its chrysalis — is a striking contrast to the rich serenity of Ruby City’s glowing walls, and the relationship creates a coiled harmony of tension and release. This space, like all of Ruby City, will be free and open to the public and will regularly host film screenings and other community events. 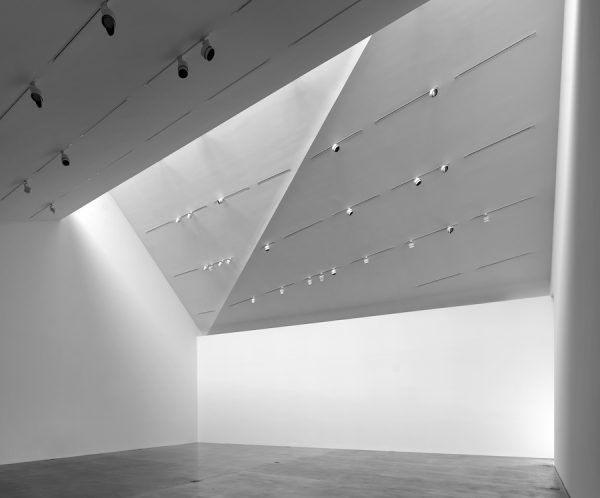 When I visited Ruby City recently, the art collection was still being installed, and there were paper titles standing in for where work would go. It’s a tantalizing sight. One title read “Christian Marclay,” another “Trenton Doyle Hancock,” and so on. 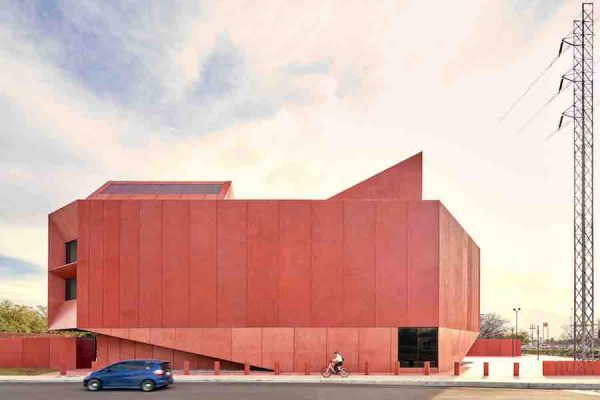 Ruby City will officially open on October 13th, with a trio of exhibitions. Waking Dreams is a an imaginative, wide-ranging exhibition including Do Ho Suh, Marina Abramovic, Maya Lin, and several San Antonio-based artists including Ana Fernandez, Chuck Ramirez, Ethel Shipton, Cruz Ortiz, and work by Linda Pace herself. Isaac Julien’s Playtime is an immersive video installation that will run until August 2020 and features James Franco, Maggie Cheung, and Mercedes Cabral. Pace was one of the great supporters of Julien, and collected more than 50 of his works during her life. Jewels in Concrete in the LFP Studio across the street from Ruby City will include another Julien piece, Stones Against Diamonds, and Pace’s piece Mirror Mirror — a mirrored igloo assembled from thousands of pieces of cut mirrors fitted together like a jigsaw puzzle. It is fitting that this was one of the first jobs Kelly O’Connor worked on as an assistant to Pace — painstakingly cutting mirrors and assembling the piece. O’Connor is now the Head of Communications and Collections at LFP. Pace seemed to have the effortless ability to change lives. And Ruby City, as her living memory, will soon open and change the life of the city and the region she called home.

While not ment as any kind of negative observation, this structure is amazingly similar to the sand crawler from the original Star Wars movie, in both form and color. Am I the only one to see that?