A Coin to a Cat: An Itinerant Drawing Project in Central Japan 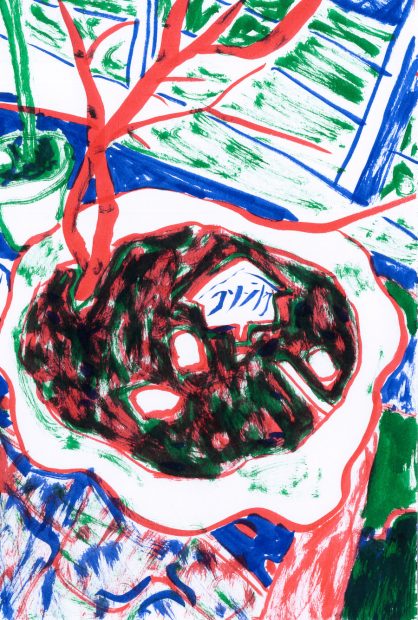 All drawings by Lauren Moya Ford, 2019

In my three weeks travelling in Japan, I saw forests, coasts, mountains, towns, and cities. As I travelled I took visual notes of things I saw in a series of drawings that I made, mostly on trains, with Japanese brush pens. ‘A coin to a cat’ is a Japanese expression that means something similar to ‘pearls before swine.’ I knew that everything in Japan would be new to me, so I’d see things differently. But I wasn’t sure what I’d be paying the most attention to. I might draw coins, a cat, or anything in between. But I soon realized that I was drawn to three main subjects: ceramics, plants, and signs. 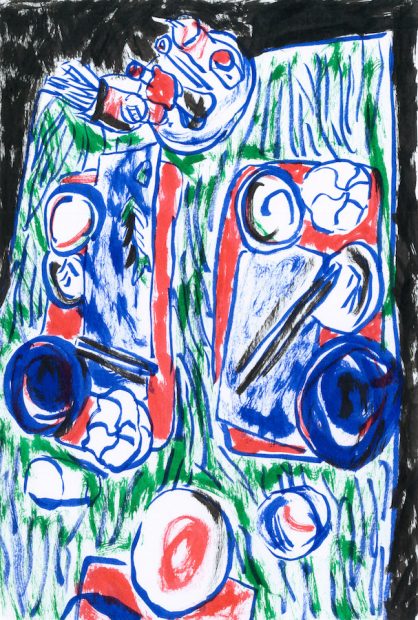 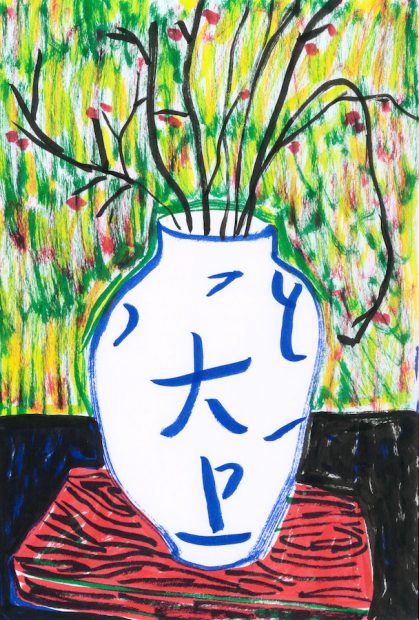 I noticed ceramic vessels in shop windows, museums, and even in the rooms where I stayed. They were often displayed on their own, on special trays and platforms that made their function seem less important than their aesthetic qualities. I learned about the centuries-old tradition of the Japanese tea ceremony, in which the host selects vessels with certain colors, glazes, and patterns to reflect the season and the guest’s tastes. The purpose is to heighten a shared ephemeral moment while taking tea together — something I connected with since I too was having an ephemeral experience while travelling through a new country for the first time. 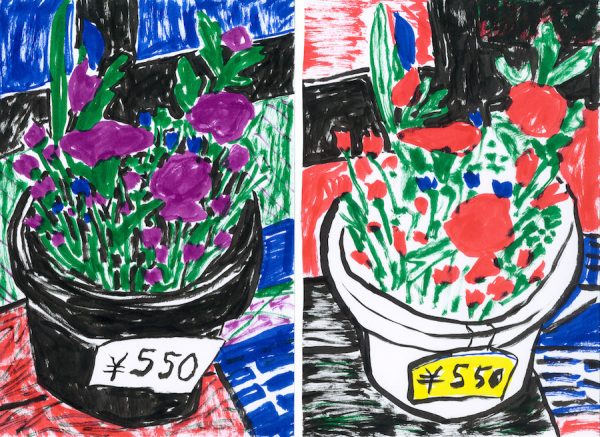 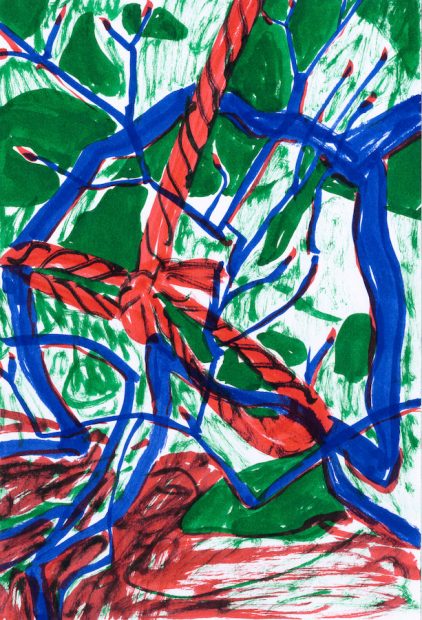 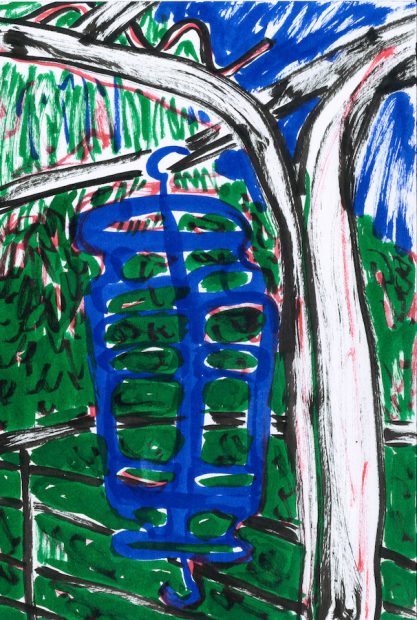 I drew from nature — both in cut flowers I’d see outside of florist shops and from carefully manicured historical gardens. At the famous Kenrokuen Garden in Kanazawa, I was fascinated by the beautiful, geometric rope and bamboo scaffoldings that train the branches of trees to grow in stylized, concerted ways. Because some trees have been trained this way over hundreds of years, they manifest otherworldly growing patterns, hovering just over the surface of a lake, or making perfect arabesques around a twisted trunk. It produces a magical effect, but it’s also a dedicated, long-term commitment that people have to the plants around them to share a kind of growth across generations. 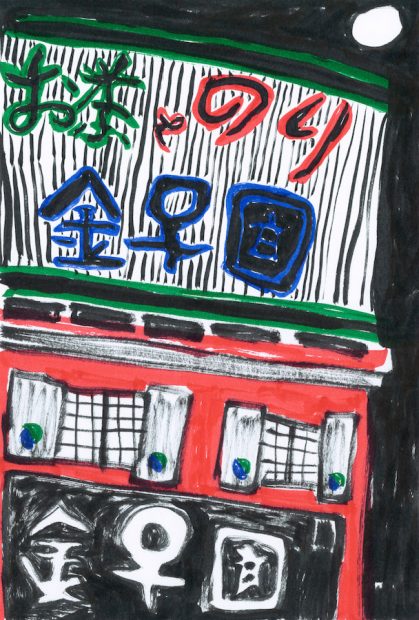 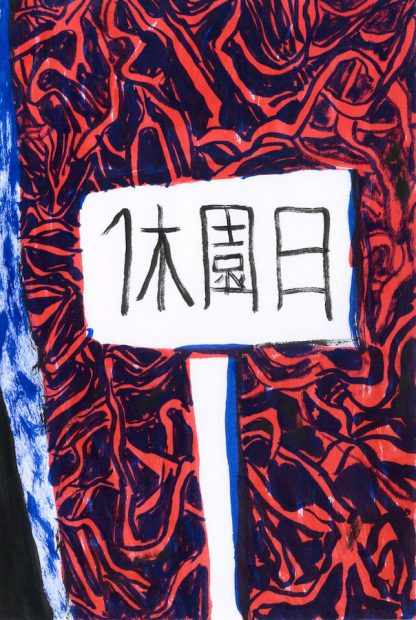 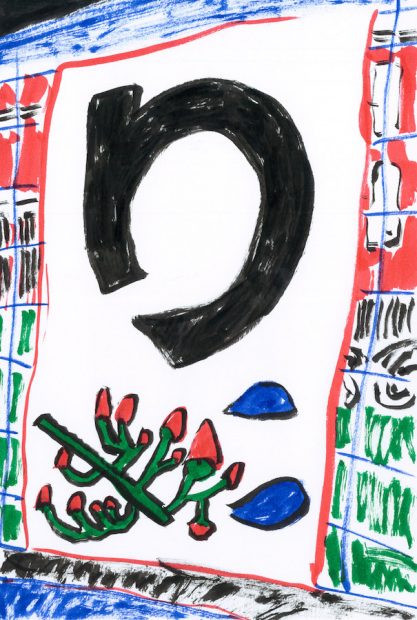 I was also interested in signs that I saw in urban environments. Signs are a visual representation of people’s commands or wishes to other people, so they gave me important cultural information even if I couldn’t literally read them. I drew placards, signs, and tags that I found in parks, storefronts, and metro platforms. I have no experience with Japanese, so my inevitable mistakes convey my foreignness. But I like the idea of ‘drawing’ writing, and the Japanese brush pens that I drew with are usually used for calligraphy. I liked how they could be unpredictable or precise depending on how they were used, like language itself. 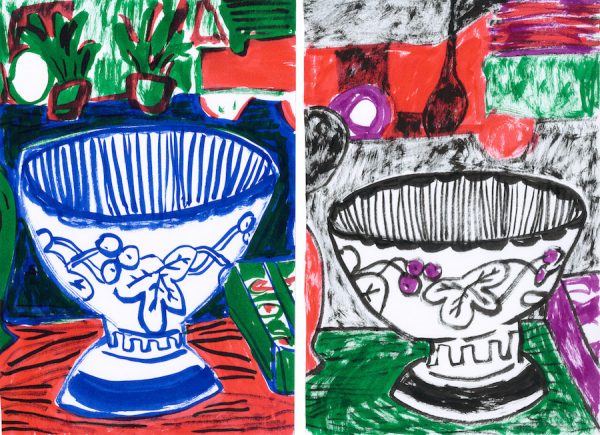 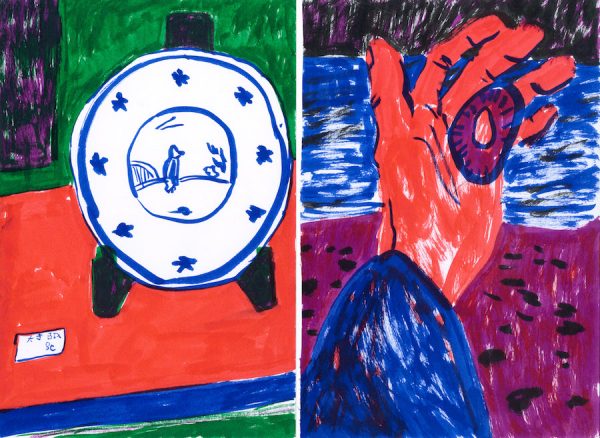 Each picture is a moment from the trip revisited through the act of drawing. I would take a photo in the moment and then later make a drawing using that image, playing with how abstract or true to the original that I would make it. There was a drawing on every page of my sketchbook, and it was the first time that I’ve filled a sketchbook with drawings since I was a girl; usually they’re filled with writing. So the drawings told a sort of story or progression of what I saw. From Tokyo, Nikko, Kanazawa, Kyoto, Nara, Koyasan, Kawazu, and back to Tokyo again, the thoughts and stories played in my mind as I’d draw. The final pieces are captures of those moments. 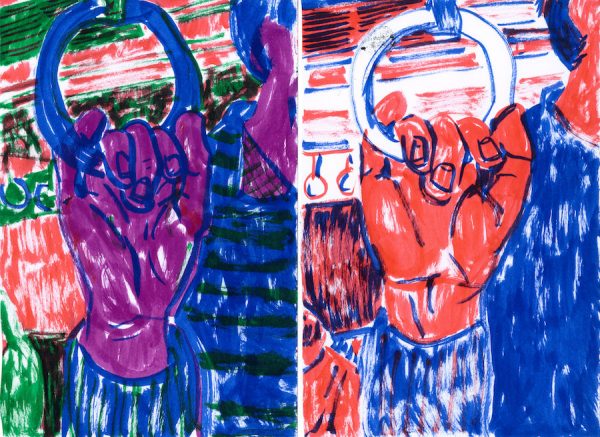 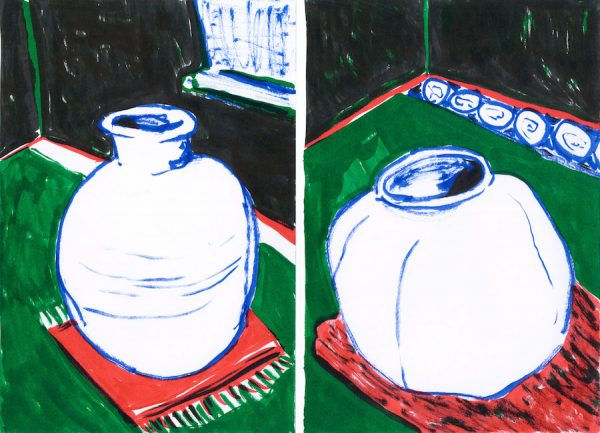 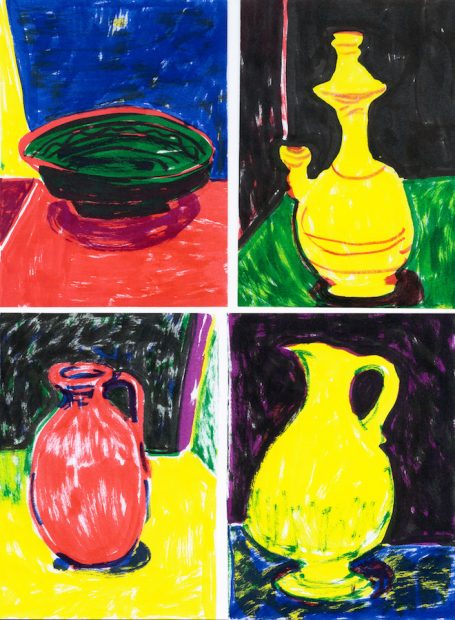 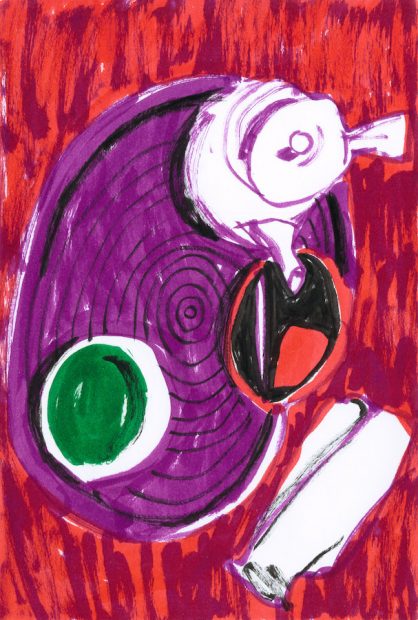 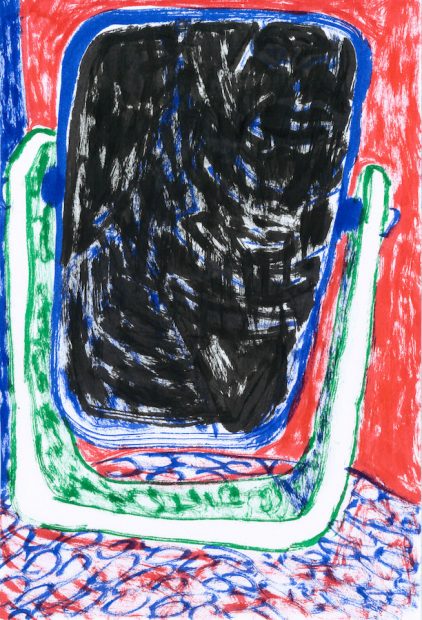 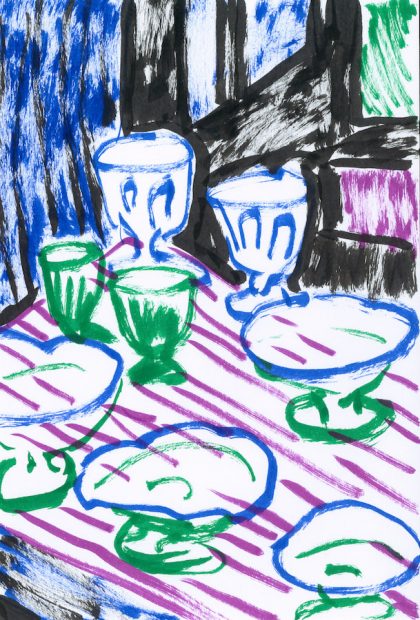 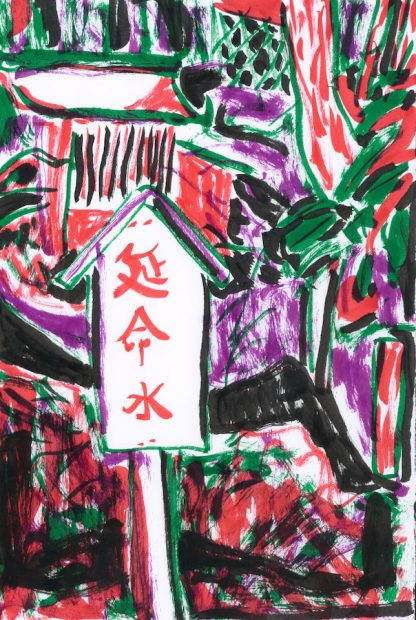 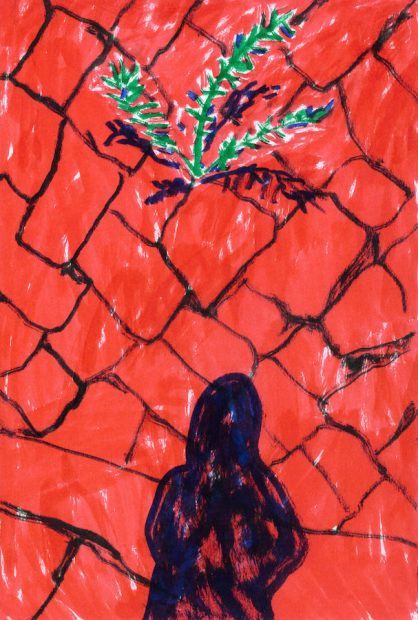 These are really amazing drawings!