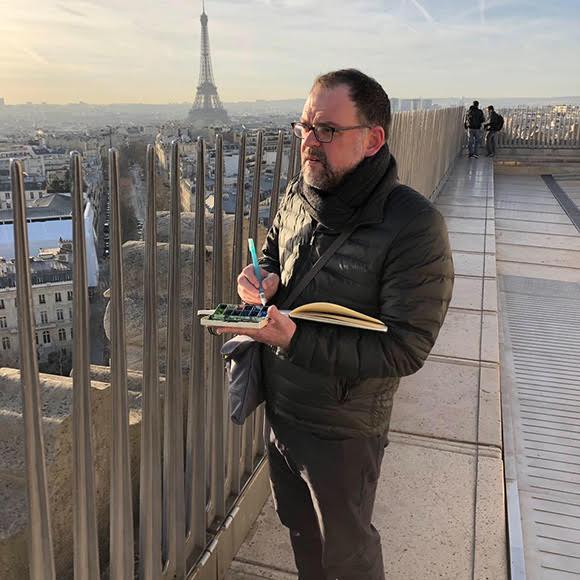 Current Sid Richardson Museum director Mary Burke has announced that the Sid Richardson Foundation board has approved Scott Winterrowd as the next director of the Fort Worth-based museum, upon Burke’s retirement at the end of August. Winterrowd comes to his new post from Dallas, where he’s worked for nearly twelve years as Curator of Education and then Director of Education at the Meadows Museum at Southern Methodist University.

Winterrowd begins his post at Sid Richardson on July 1. Burke writes that Winterrowd “brings with him a strong commitment to education,” and adds: “Scott is a colleague of mine from graduate school days, and I share the board’s enthusiasm for his appointment!” Burke will assist with the leadership transition.

The Sid Richardson Museum, founded in 1982, is located on Main Street in Fort Worth’s Sundance Square. It features permanent and special exhibitions by Western artists Charles M. Russell and Frederic Remington. Sid Richardson, the late oilman and philanthropist who lent his name to the museum, acquired the collected works from 1942 until his death in 1959.

SMU’s Meadows Museum press office in Dallas writes of Winterrowd: “He’s a gifted leader and we can’t thank him enough for all the time and energy he’s devoted to the Meadows. We heartily congratulate him on this new opportunity and wish him all the best.”

Winterrowd is both a gifted artist and an arts administrator. He’s a native of Fort Worth. In 2001, he earned his Masters in Art Education and Certificate in Art Museum Education from the University of North Texas. Along with the Meadows, he has worked at the Amon Carter Museum of American Art, the Dallas Museum of Art, and the J. Paul Getty Museum in Los Angeles.

Checking in With: Scott Winterrowd