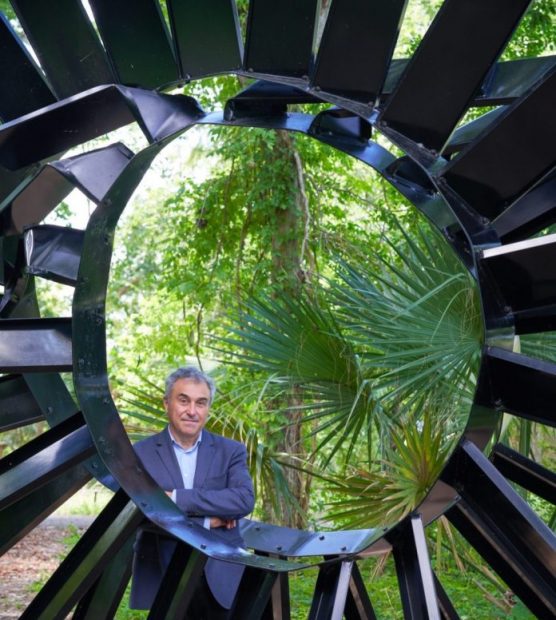 The Contemporary Austin, a non-collecting contemporary art museum in Austin, announced this week that Louis Grachos, who has served as the institution’s Executive Director and CEO since 2013, will be leaving his position this summer to step into the same role at the Palm Springs Art Museum in California. He will officially assume his new position in June.

Mr. Grachos came to The Contemporary prior to its rebranding, when it was still known as AMOA-Arthouse. Before his tenure in Austin, he served as the director of both the Albright-Knox Art Gallery in Buffalo, New York, and SITE Santa Fe.

During his time at The Contemporary, Mr. Grachos oversaw a dynamic re-imagining of the museum’s programming and physical spaces. In addition to securing a $9 million grant to help turn Laguna Gloria, the museum’s sculpture park location, into a site for outdoor public art, under Mr. Grachos’ leadership the institution completed the first phase of Laguna Gloria’s master plan, which included creating more accessible spaces for visitors to the park, and removing invasive plants from its grounds.

He also managed the museum’s 2016 overhaul of its downtown space, helped launch one of the largest monetary art prizes in the world, began the process of deaccessioning pieces from the institution’s old collection, and oversaw offsite projects that brought public art to some of Austin’s city parks.

Kathleen Loughlin, the museum’s Board of Trustees President, commented on Mr. Grachos’ tenure at the museum:

“Louis’ eye for exciting contemporary art, along with his passion and curiosity about the artists of our time, is unrivaled. Thanks to his vision and leadership, The Contemporary Austin has become a strong institution with ambitious programming. His impact on Austin and how the City experiences and views contemporary art will be remembered for years to come.”