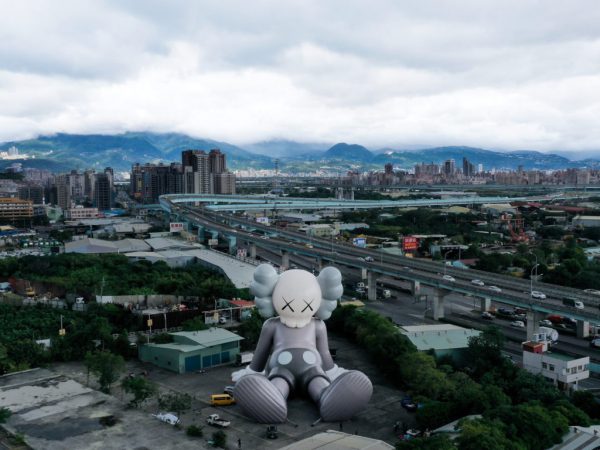 Last week, artnet News reported that the artist KAWS would unveil an 11-story inflatable sculpture on January 19, 2019 outside Chiang Kai-Shek Memorial Hall in Taipei, the capital of Taiwan. The installation, which is the artist’s largest sculpture to date, was collaboratively brought to the city by Hong Kong-based creative studio AllRightsReserved, and Singaporean musician JJ Lin. 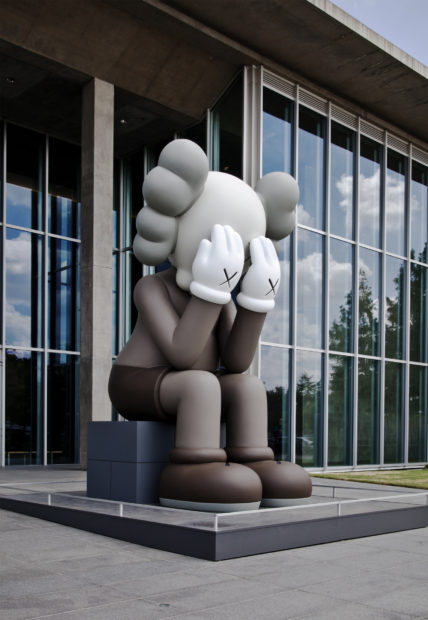 KAWS, Companion Passing Through on view at the Modern Art Museum of Fort Worth

In recent years, KAWS has become somewhat of an art-market darling. His works have been sold at auction for millions of dollars, and he has been featured in crowd-drawing museum exhibitions across the world, including one recently at the Modern Art Museum of Fort Worth. Even so, KAWS has his critics, like Glasstire writer Arie Bouman, who said of the artist’s show at The Modern:

“Although KAWS’ works give the appearance of being a continuation of Pop Art, the artist merely repeats what’s already there without going beyond the parameters set by the source material … His work also lacks the dimension of political engagement, like Keith Haring’s deliberate clashing of high and low culture. Surprisingly, considering his origins as a graffiti artist, KAWS has repudiated the notion that there is any critical dimension to his use of icons of consumer culture.” 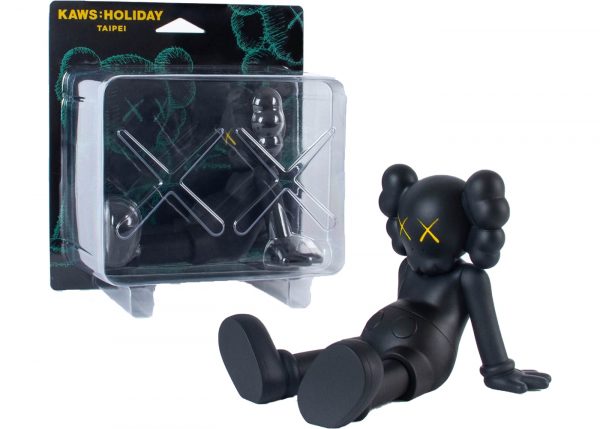 One reason KAWS’ work is so visible is because the artist regularly produces toys, shirts, and other ephemera that’s widely disseminated and collected. In conjunction with his 11-story inflatable sculpture in Taipei, the artist also released three vinyl figurines, a set of four limited-edition ceramic plates, and limited-edition T-shirts and tote bags, all of which are now sold out.

Big sculptures have been in the news of the Texas’ art scene over the past few months: the San Antonio Zoo is bringing the “largest rhino sculpture in the world” to its facility in spring of 2019; the Blanton Museum of Art recently loaned a large-scale sculpture by Paul Villinski to UT’s Dell Medical School; and the Modern Art Museum of Fort Worth recently acquired a 21-foot bronze sculpture by KAWS. But the only recently proposed Texas-sized artwork that would be able to compete in scale with KAWS’ 11-story inflatable is an unrealized project by The Art Guys that would transform an 18-story building in Houston into a kinetic sculpture.