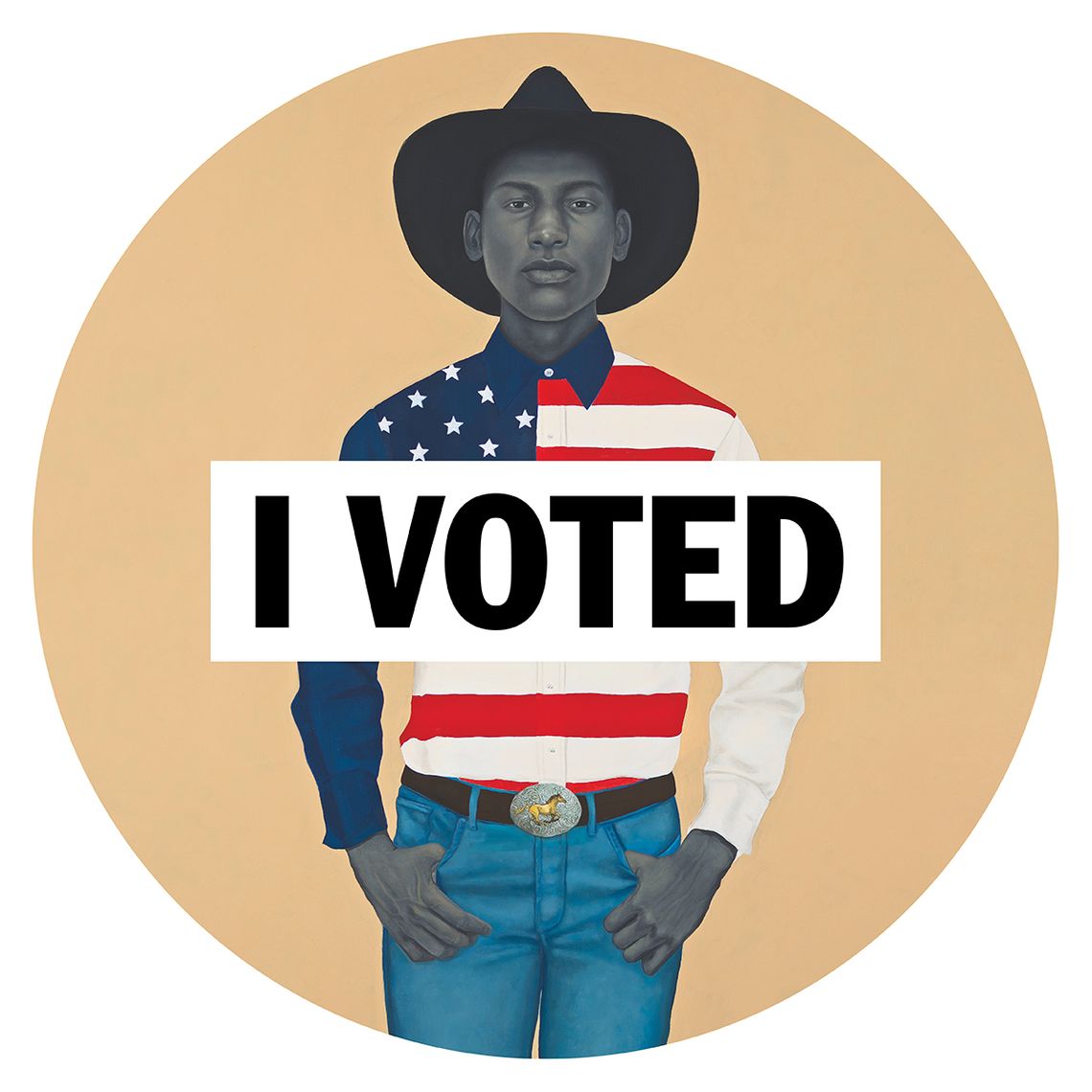 The final week before the 2020 U.S. elections is upon us, and a new initiative from New York  Magazine, in collaboration with the nonpartisan organization I Am a Voter, has debuted 48 ‘I Voted’ stickers commissioned by the magazine. The 48 artists include Shepard Fairey, KAWS, Barbara Kruger, David Hammons, Amy Sherald, Marilyn Minter, and others. The sticker designs were released yesterday.

In the magazine’s article on the initiative, Sherald states: “In my lifetime I’ve experienced my share of prejudice and racism. My mother named me Amy with the hope that I would avoid the inescapable and unavoidable fact of race in this country.” She continues, “This painting is about that reclamation. My American flag represents a ‘whole’ country. A flag that conjures hope, empathy, resilience, unity, freedom, and justice.”

The October 26 issue, which includes images of the stickers on the front, presents four different covers, with 12 peel-able stickers in each version of the issue. 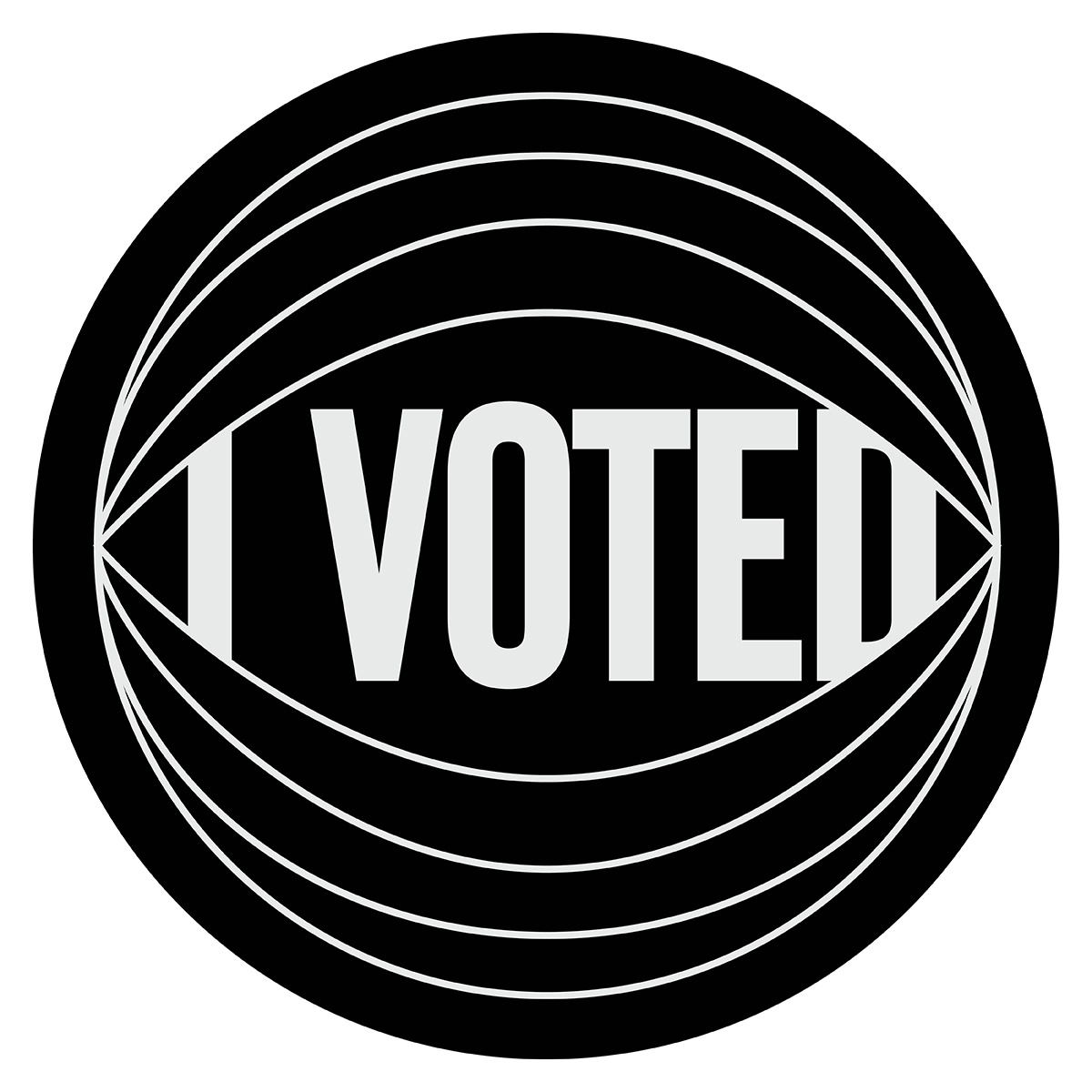 The complete list of artists and the issues in which their stickers appear are as follows: 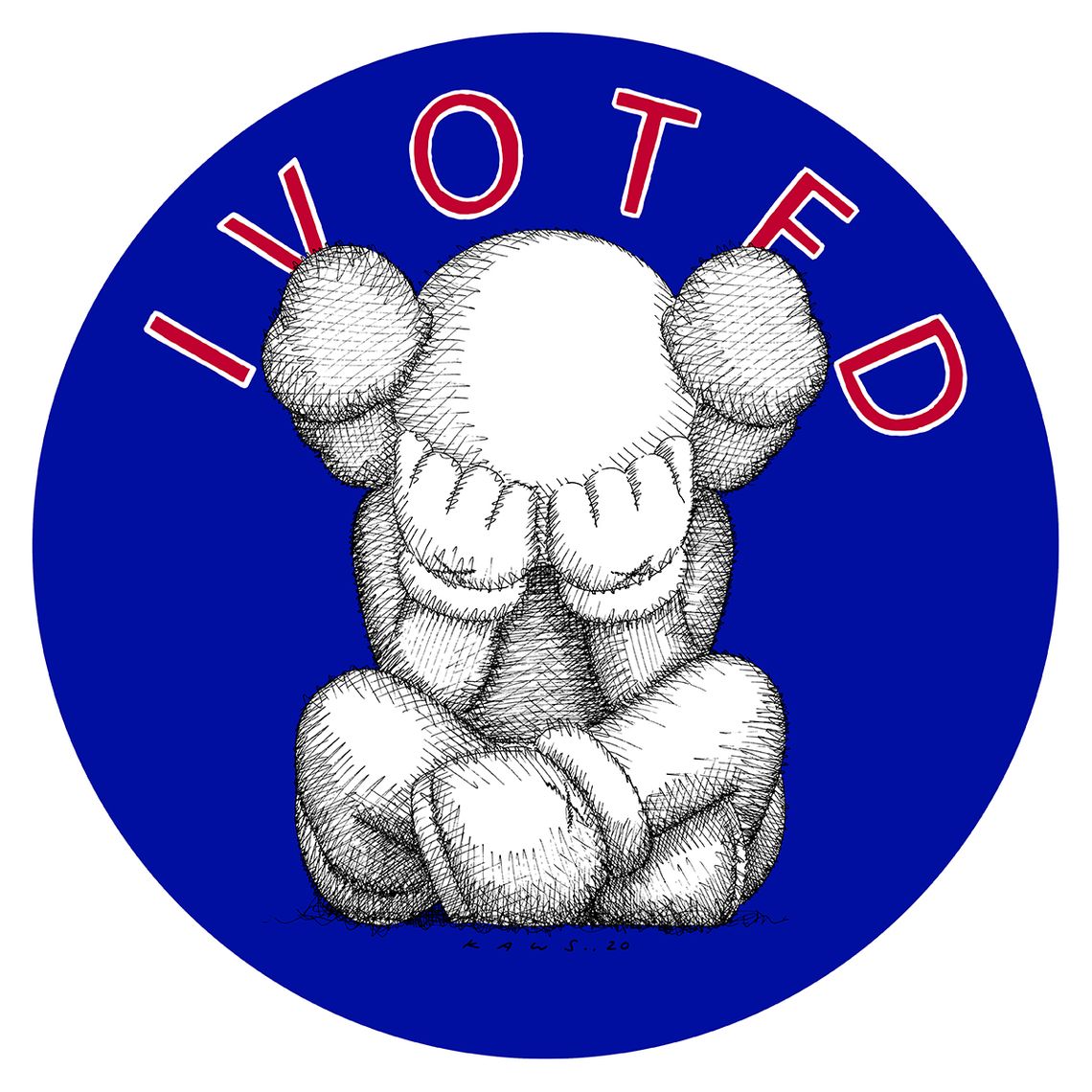 To order each or any of the four issues ($10 each), please visit New York Magazine’s website here. Another option: Hyperallergic reports that “500,000 stickers will be distributed for free at various retail locations, book stores, nonprofit organizations, and museums across the country.” NYMag states that polling sites, including the Brooklyn Museum, the Hammer Museum in Los Angeles, and the Museum of Contemporary Art Detroit (MOCAD), will also carry free stickers.

For Freedoms’ 50-State Initiative Comes to Texas this...