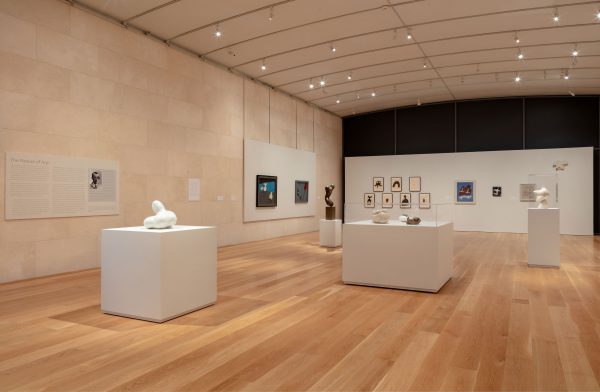 Jean Arp is a quintessential modern artist, and we know this for several reasons: Throughout his 50-plus year career, he was a founder of Dada; he acted as a major player in in the Surrealist movement in the 1920s; his work was the subject of a 1958 retrospective at the Museum of Modern Art in New York; and he is remembered in his death with not one, but three foundations across Europe dedicated to preserving his art and legacy. Another perhaps more obvious reason that Arp is a quintessential modern artist is because his work looks like modern art. As Jeremy Strick, the director of Dallas’ Nasher Sculpture Center noted in a walkthrough of the institution’s current exhibition, The Nature of Arp, Arp’s curvilinear, supple sculptures are straight out of a New Yorker cartoon. Taking this idea further, I think Arp’s works are intimidatingly simple. They look so much like Modern Art, generally, that a viewer may take them almost as cliché, and not stop to consider what’s going on within the works. But just by looking, it is possible to understand what Arp is trying to get across. 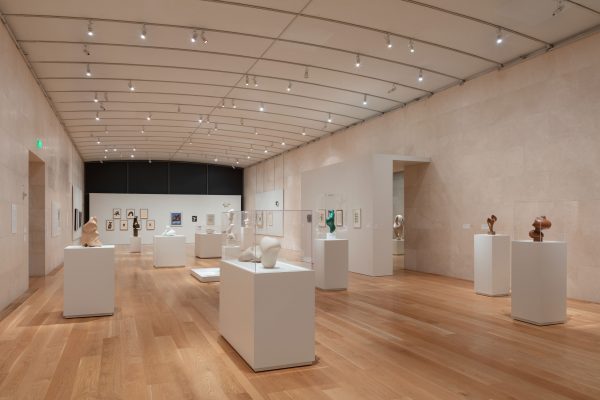 On my first viewing of the show I was floored at how contemporary Arp’s works feel — particularly his sculptures made before World War II. Inspired by nature and the human form, these works are an abstracted view of the complex subject of how we see ourselves and the world around us. Arp found a fundamental way to make the work timeless: by capitalizing on our tendency to see ourselves reflected in what we’re looking at. One piece evokes a shapely figure lying on a couch; another a lovers’ embrace. 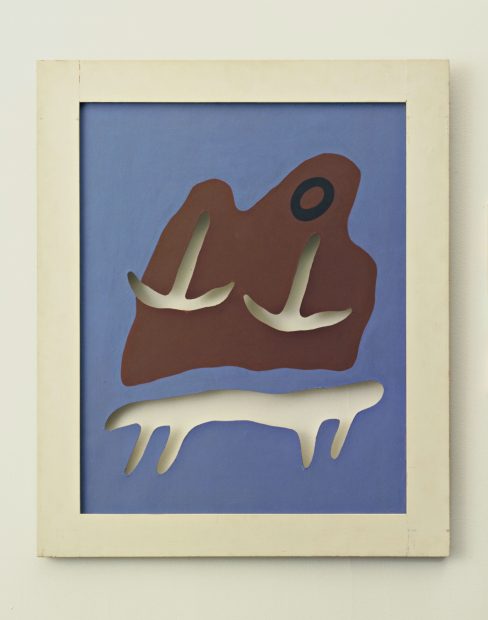 And Arp was conscious of these associations during his lifetime. Several defined shapes are repeated in the works, including that of a navel, which is itself a summation of Arp’s aesthetic and philosophical interests — it is all at once a knob, a naturally occurring button, and a portal of life. Read as a wound, it is also a symbol of violence. Another repeat comes in the form of a mustache, which reads as a critique of early-1900s masculinity. A fair majority of Arp’s work, in fact, shows a softer touch than that of his contemporaries. In their abstraction, his works have an androgynous allure that’s incongruous with machismo. The Nature of Arp’s curator, Catherine Craft, said as much when talking about organizing the show: “I’ve never worked on a male artist less macho than Arp. I think he was sort of proudly un-macho.”

So the work is seductive. Arp continues to engage audiences with this enigmatic sensuality, and a sense of discovery when encountering each new piece. His sculptures take on different personalities when they’re viewed from different angles. The elements that give them character — protuberances and holes — can be cloaked depending on your view, so seeing these pieces in the round is a precondition to understanding them. Arp certainly understood that sculpture can makes us work, make us move, and make us aware of our own physicality. 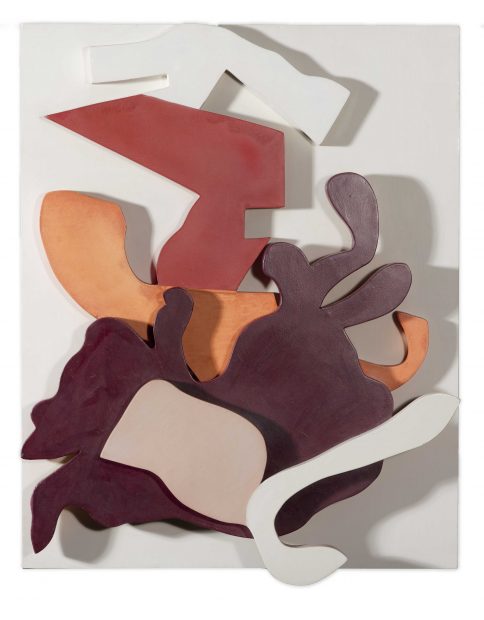 My favorite sculptures in the show, the painted wooden wall reliefs, are also some of Arp’s earliest. A quick note: The first time I saw one of these early Arp sculptures was in 2015 in a permanent collection gallery at MoMA. The piece, his 1920 work Birds in an Aquarium, is not in the Nasher show. But that earlier encounter caused me to have a near-indescribable art epiphany — it was as if I had been waiting for years to see this sculpture, even though I had never known of its existence until that moment. The Nasher show boasts a number of the wooden reliefs, and they hit on all sides — they occupy the worlds of both sculpture and painting while also managing to avoid either category. In them we see subtle tendencies that would eventually become Arp’s trademarks: His concern with proportion, dimension, and perception. The reliefs are nascent-stage Arp, with ideas that are ready to bud once Arp transitions to more fully three-dimensional objects.

Many of Arp’s works appear unfinished, retaining the plaster, copper, or wood surface of their materials. But in these earlier wooden reliefs, Arp employs an array of truly off-the-hook colors, and they provide the exhibition with a levity and play that delightfully contrasts Arp’s more serious works that focus pointedly on form. 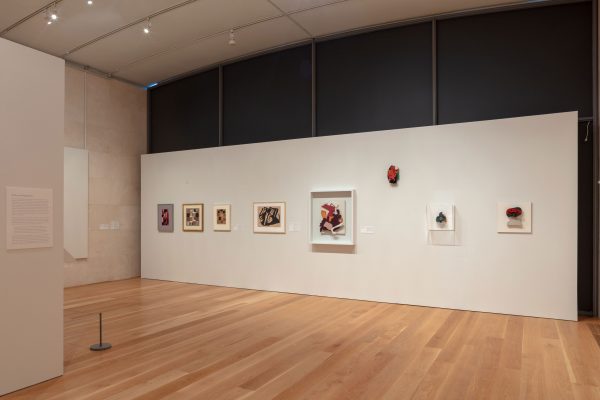 Arp’s career and output is deep and multi-faceted, and it’s impossible to touch on everything he produced. Even so, The Nature of Arp does the artist justice by including Dada publications, drawings, prints, collages, and artistic collaborations, particularly those Arp executed with his wife, Sophie Taeuber-Arp. A respected artist in her own right, Taeuber-Arp was a major influence on Jean during his life, and is noted as such in the show and its catalog. 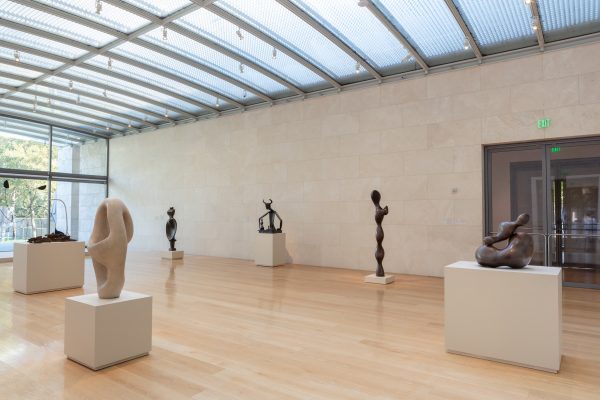 This exhibition is a perfect fit for the Nasher. Bringing works by Arp — a quintessential modern artist — into a venue that is so dedicated to a history that he helped create simply feels right. To help convey this influence, the museum has organized its permanent collection room with artworks that reflect the resonance of Arp’s ideas. Best of all, The Nature of Arp feels effortlessly put together — not an easy feat for a show that was years in the making. Catherine Craft didn’t let the exhibition’s research take over the art; instead, she allows it to inform what you see when you step into the gallery space. This, I think, is in line with what Arp would have wanted. He gave us objects to look at, and this show lets us see them.

‘The Nature of Arp’ is on view at the Nasher Sculpture Center in Dallas through January 6, 2019.

That was a wonderful essay. Thank you.