by Christopher Blay May 7, 2020
FacebookTwitterEmail 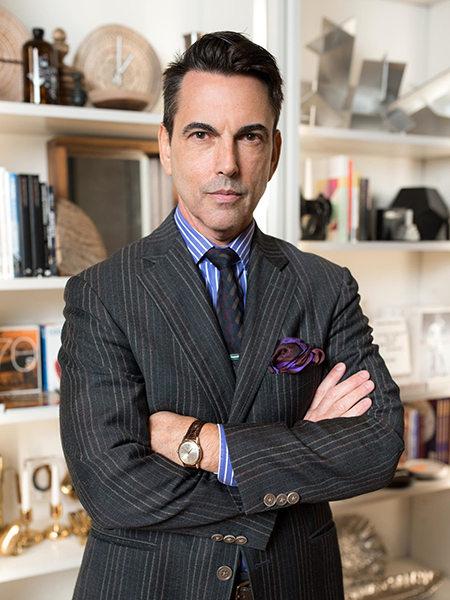 Editor’s Note: This Obituary has been corrected to reflect a change in Fowler’s biographical information. The original article stated he was born in 1962. He was born in 1961.

“It is with deep sadness that we report the passing of Donald Fowler, our beloved Nasher Sculpture Center Director of Retail,” an email from the Nasher’s Lucia Simek to Glasstire states. “While jogging on Sunday, Donald was struck and killed by a DART streetcar.”

“Fowler Charismatic and full of warmth, Donald joined the Nasher team in 2016, revitalizing the Nasher Store with his expert eye for objects and his gifted approach to customer service, bringing joy, energy, and tenderness to every interaction, both with visitors to the museum and to his colleagues. As many of you know, Donald was also an accomplished actor and playwright, and he held a deep commitment to his craft as an artist and extended that conviction in his support of other makers in the Nasher Store. He had a rare and bright presence among us, and he will be greatly missed.”

Fowler’s work as a playwright and actor included productions with Dallas’ Uptown Players, and WaterTower Theatre, among others. His play Creep debuted in 2015.

Lauren Smart, who had previously reviewed Creep, one of Fowler’s most notable works, based on Jack the Ripper, posted a remembrance of Fowler on Facebook: “Don’t stop hugging the people you love. I hadn’t hugged Donald Fowler in a long time. He was someone who adopted me into his family when I moved back after grad school and we hadn’t been close for a minute but goodness he was so wonderful and so talented and he had so much more to give.”

A quote from Craig Lynch, co-artistic director of Uptown Players, is published in Culture Map Dallas: “It goes without saying Dallas lost a talented artist. Donald Fowler was instrumental in the growth of not only Uptown Players but continuing his brilliance to help enrich the Dallas art scene. His kind soul, friendship, and keen eye for artistic excellence will be missed by many. It will take a long time for the Dallas arts community to recover from this loss. We all lost a loving and dear friend.”

Donald, born on November 13, 1961, is survived by his step-father, Roger Horn of Los Angeles, brother Chris Fowler and sister-in-law Nancy, of Kansas City, his niece Ali, age 23, and nephew Zachary, age 15, and his large family of friends.

Funeral arrangements or memorials for Fowler have yet to be announced.