Lawndale Art Center in Houston recently named the three artists selected as its 2018-2019 Artist Studio Program participants: Robert Hodge, Julia Barbosa Landois, and John Pluecker. Now in its 13th year, the program is designed to give artists space to work and funds to develop their creative process. All residents receive “a $3,000 honorarium, up to $4,000 support for project development, and 24-hour access to a private studio,” along with studio visits from curators and other artists, and a springtime exhibition to show works produced during the nine-month residency period. 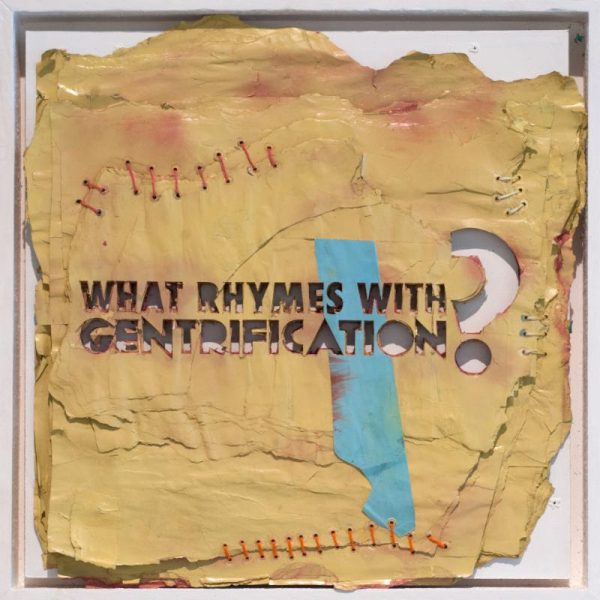 Robert Hodge, What Rhymes with Gentrification?, 2016

All three of the selected artists have been quite active in the Texas art scene over the past couple years. Robert Hodge was a 2017 resident at Artpace in San Antonio (read a review of that show here), where he developed his collage process and created works combining his signature salvaged paper with neon. He recently curated an exhibition at The Union, one of Houston’s newest exhibition spaces, and was also a recipient of the city’s newly launched Support for Artists and Creative Individuals grant. In 2017, Hodge also shot a Top Five video with Glasstire for his and Tierney Malone’s show, Two & 1/2 Years: A Visual Celebration to the Spirit of Juneteenth, at the Galveston Arts Center. 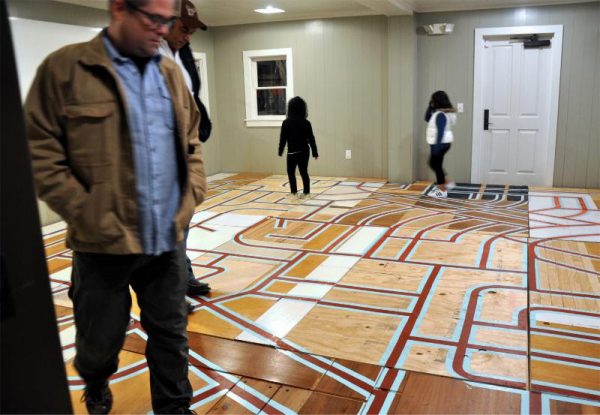 Artist Julia Barbosa Landois is currently included in the exhibition Right Here, Right Now: San Antonio at the Contemporary Arts Museum Houston. The show features her silkscreen prints and her performance Serious Work, a piece was commissioned by Blue Star Contemporary in San Antonio. She recently showed alongside Jamal Cyrus in an exhibition at MASS Gallery in Austin, and was selected for Blue Star Contemporary’s 2015-2016 Berlin Residency Program. Barbosa Landois has also received grants from Artpace and the Artist Foundation of San Antonio. 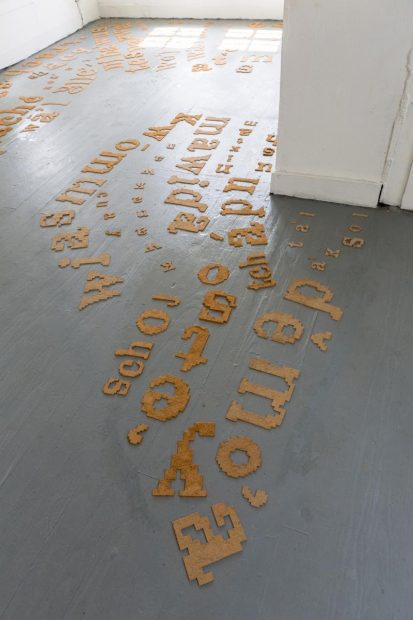 In 2010, John Pluecker and Jen Hofer co-founded the language justice and language experimentation collaborative Antena, which took up residence at the Blaffer Art Museum in Houston in the spring of 2014. Pluecker was also a recipient of Houston’s Support for Artists and Creative Individuals grant, and has participated in exhibitions and hosted numerous workshops and other events across Houston. His writing, translation, interpretation, organizing, and art-making practices are informed by, per Lawndale’s press release, “…experimental poetics, language justice, radical aesthetics/politics, and cross-border/cross-language cultural production.”

The organization’s 2018-2019 Artist Studio Program Participants will begin their residency in September.