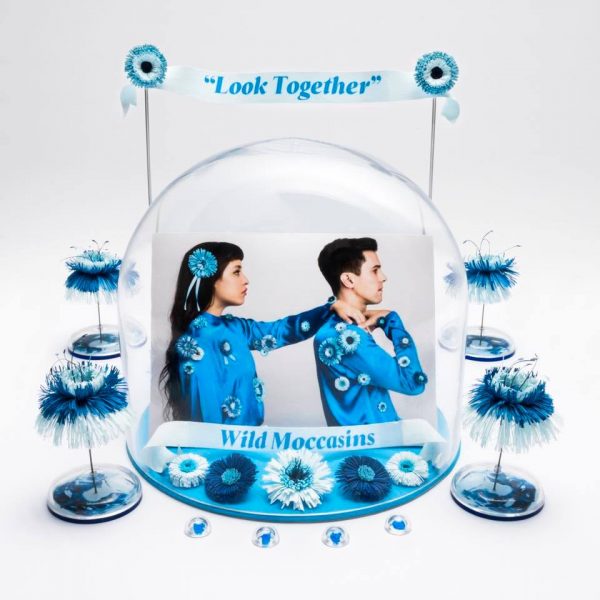 The front cover for Look Together by the Wild Moccasins. Created by artist Dario Robleto.

This week, the Houston-based indie band Wild Moccasins released a new album, Look Together. The band has been a part of the state’s music scene since its founding in 2007, and over the years has recorded and released albums, toured around the US, and performed at various festivals, including Free Press Summer Fest and Day for Night.

For its new album, the band, comprised of Zahira Gutierrez, Cody Swann, Nicholas Cody, and Avery Davis, approached Houston artist Dario Robleto to create its cover image and reverse song list. Known for his research-based practice that often yields detailed assemblages, Robleto composed a sculpture to be photographed for the cover. Executed in his unique style, the work draws on the color blue, which is acting as somewhat of a brand for Look Together. 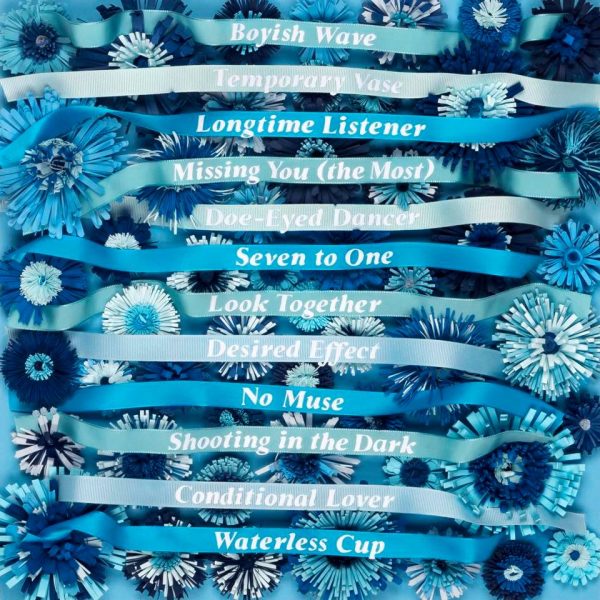 The back cover for Look Together by the Wild Moccasins. Created by artist Dario Robleto.

Robleto told Glasstire about the impetus behind the cover:

“The challenge was to find a balance between the band’s natural cool and style—which can be mistaken for distance—and the vulnerability, hurt, and hope to start anew, which is what actually drives the album’s emotional core.

The blue aesthetic we chose evokes coolness and iciness but also wedding traditions and celebrations. Always important in my approach is that the labor, or “handmadeness” of the object, be evident and that it exist as a marker of the effort to be precise, but that it also exists alongside the messiness and mistakes that will inevitably appear. This is something I feel exists in the band’s own production of the record and in Zahira’s lyrical approach.”

The Wild Moccasins also spoke to Glasstire about working with Robleto on the cover:

“Working with Dario was such a pleasure for us. We had been fans of his work for a few years, so when he agreed to do it, we were thrilled. The process was very collaborative. There were many conversations and he was very open to the ideas we already had. We wanted to stay true to Dario’s work while maintaining the theme of the record.” 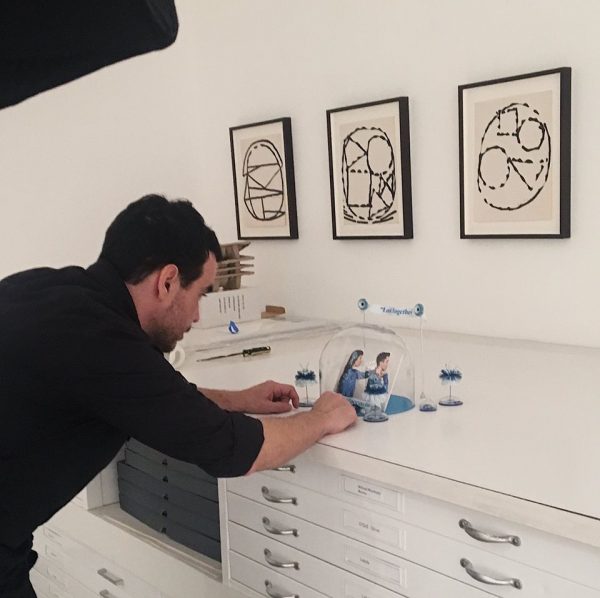 Robleto with his artwork at Inman Gallery, Houston. Photo via Facebook

If you’d like to learn more about how the Wild Moccasins worked with Robleto to translate the narrative behind Look Together into a visual artwork, you can catch the artist in conversation with band members Gutierrez and Swann at Inman Gallery on Saturday June 30, 2018 from 5PM to 6PM. A listening party will for the album follow from 6PM to 7PM.

Look Together is out now. Watch a music video for one of the album’s singles, “Longtime Listener,” below. You can see more of Robleto’s art in the exhibition Dario Robleto: Ancient Beacons Long for Notice, on view at the McNay Art Museum in San Antonio through September 23, 2018.

The process and concept is very reminiscent of Robert Brownjohn’s cover for the Rolling Stones ‘Let It Bleed’ album – a classic record and cover!