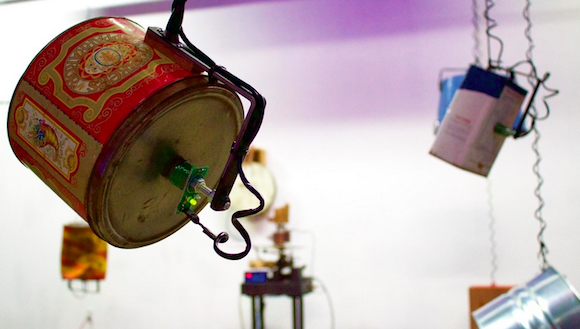 ArtPrize, the international art competition held annually in Grand Rapids, Michigan, announced its jurors’ shortlist last night. The twenty finalists will be in the running to win their respective $12,500 category (2D, 3D, installation, and time-based) awards and ultimately the $200,000 Juried Grand Prize. Two Texans made the shortlist: Dario Robleto of Houston and Matthew Steinke of Austin.

Online public voting has already started. Voters must register while at ArtPrize in Grand Rapids, but you can follow the live vote count here. Award winners will be announced on October 7.

Congratulations to Dario and Matthew!