The outside crowd that gathers at the barriers of the morning newsy talk shows Good Morning America and Today is what you may expect: mostly white audience members sometimes dressed in matching and outrageous costumes holding up signs that look like a Hobby Lobby exploded. Many are from places where a morning talk show (and being featured in its background) is riveting. 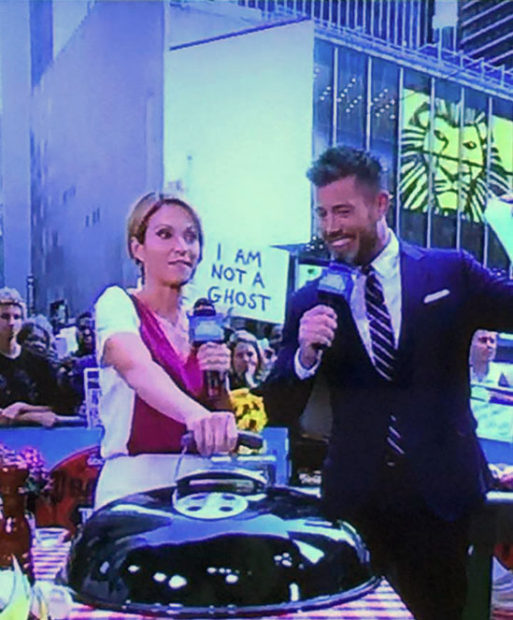 On select days, if you look closely enough into the morning shows’ crowds, you may spot someone who doesn’t fit in with these smiling, enthusiastic fans. This person will be alone, won’t wave or cheer, and will do everything in her power to get her sign as much airtime as possible. The sign itself will be distinctive, a weird and unexpected collection of words painted in stark black on a white ground. If you’re looking for this figure, you’ll notice her immediately, but if you’re watching instead to glean backyard barbecue tips or holiday decoration ideas, you may well miss her. 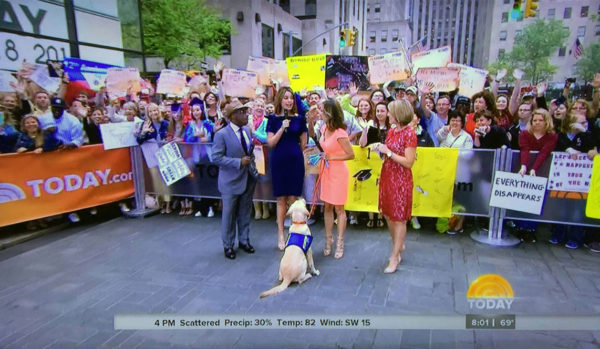 Since 2014, San Antonio-based artist Christie Blizard has been this figure interrupting the over-the-top normalcy we expect in the crowds of the Today show and Good Morning America. The project started off as a way for Blizard to show her art to as large an audience as possible; the morning shows reach millions of people every month, meaning that, unintentionally, these television viewers are consumers of Blizard’s works. (For reference, the most visited museum in 2016 was The National Museum of China in Beijing which had nearly 7.6 million visitors.) 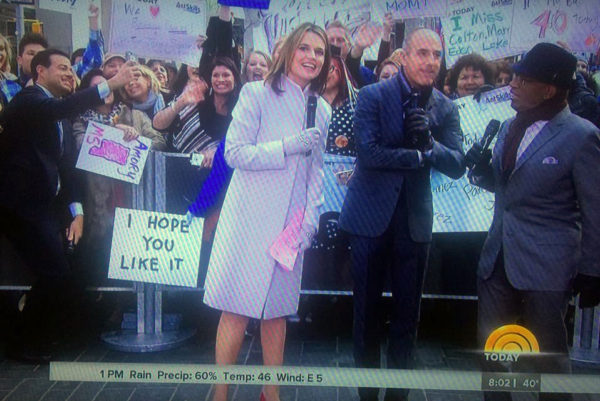 I believe in the performative power of audiences and think that Blizard’s injections into the morning shows are performances in their own right, so I find it interesting that the artist downplays these ideas within her series. In a 2015 interview, Blizard described the action of holding up her signs as a “non-performance” and said that she sees herself as a painter foremost. I’d argue that while the artist may view herself as a painter, performances are nonetheless second nature for her, so it’s just part of the package. Al Roker may be a weatherman, but that doesn’t mean he isn’t also a personality. 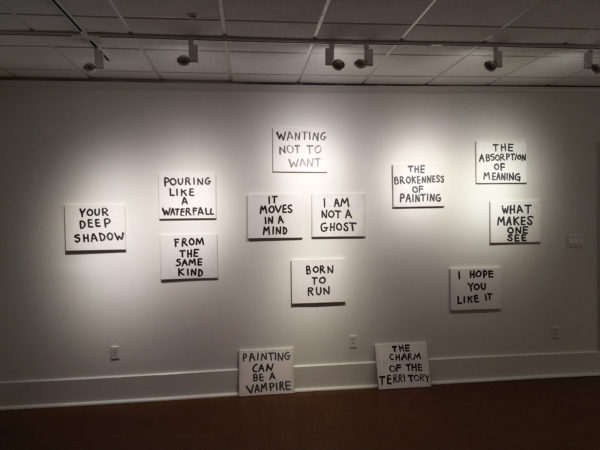 The artist’s current exhibition, Wanting to not want, on view at the Galveston Arts Center, blends Blizard’s practices of painting and performance: two walls of the rectangular gallery are hung with the painted morning-show canvases in a display that impersonates a traditional art show. One wall holds a single line of works, while the other is installed salon-style with some of the pieces casually leaning up against the wall. For the rest of the show, however, performance takes center stage. Blizard’s opening night performance drew on images associated with the Today show to criticize the cult of personality. Donning an oversized Matt Lauer mask, a black shirt, and nebula-patterned leggings, Blizard writhed around on and in front of the image of a supernova — the real host Lauer has his rising sun on the Today show, and Blizard’s character has its own blistering star. Never breaking character, save for a short artist talk, Blizard slunk around with an inaccessibility we’d expect from a too-famous celebrity. 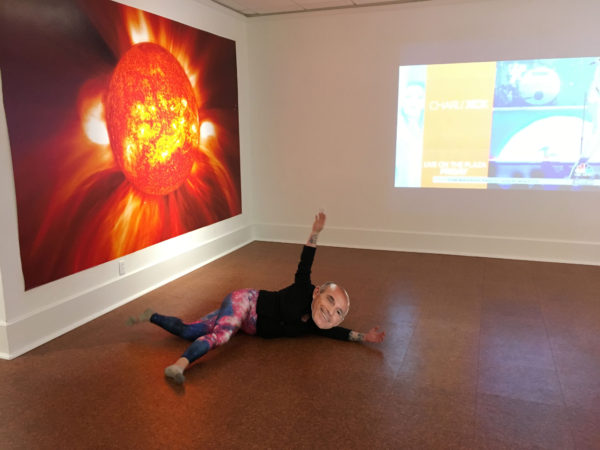 Image from The Explosion of the Sun performance, 2017

Also included in the show is documentation of a 2015 performance in which the artist and her friends invaded Burning Man dressed as the Today show cast. All donning comically large masks paired with traditional festival garb (a tutu, leggings, a loincloth), the quartet looks like exquisite corpse Bitmojis. Because of who they’re pretending to be, the group is immediately recognized by passersby who inevitably make jokes about Kathie Lee and Hoda, the program’s most meme-able characters. Even at a festival lauding self-reliance and de-commodification, the Today show is omnipresent. 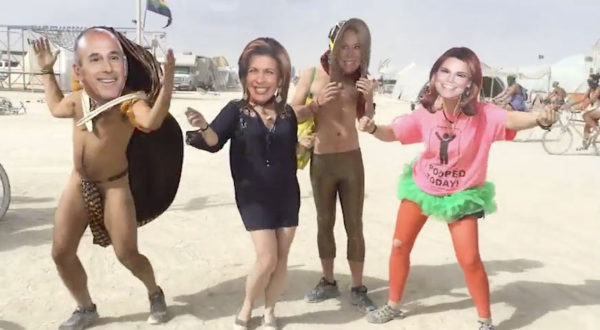 Over the past few years, I’ve seen Blizard’s Today and GMA paintings and videos in group shows and small-scale exhibitions across San Antonio. Because they’re so multidimensional, however, they don’t always fit in; these works are part painting, part performance, part video, and part social sculpture. Just like Joseph Beuys’ 7,000 Oaks, a lot of people may not recognize Blizard’s signs as art, and that’s okay. What’s more important is that they exist as unobtrusive interrupters breaking you out of the daily grind.

Wanting to not want is on view at the Galveston Arts Center through November 19, 2017.

Retooled S.A. Foundation Looking to Give $ to...