by Avi Varma May 29, 2017
FacebookTwitterEmail 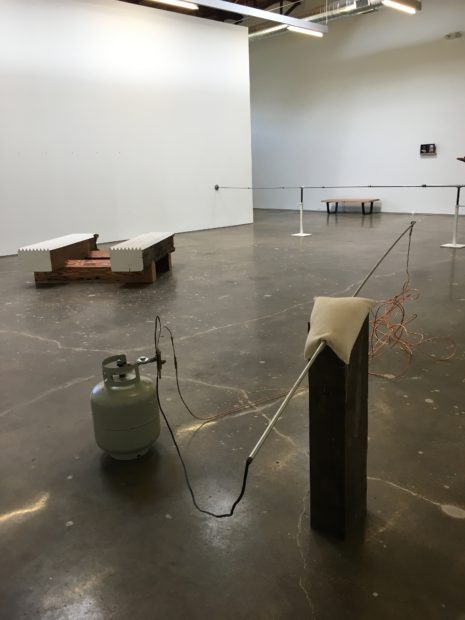 Unexpected at Site 131 in Dallas explores the way three artists transform found materials through surprising and minimal interventions. Cameron Schoepp from Fort Worth, Jaime Tarazona from Columbia, and Nina Katchadourian from New York (who currently has a solo show at the Blanton in Austin), use reclaimed building materials, historical etchings, and iPhone photographs, respectively, as the source and subject of their practice. 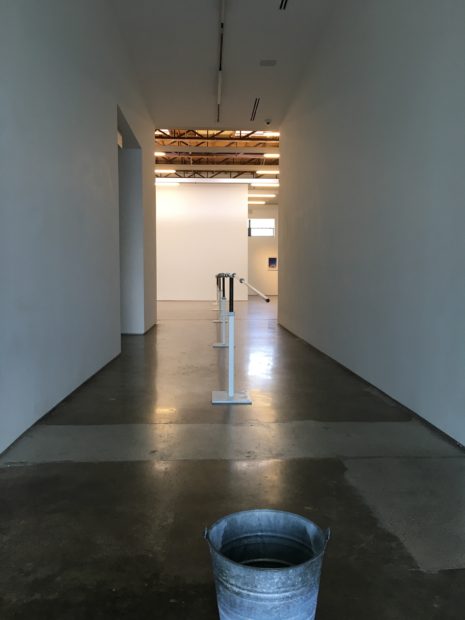 Cameron Schoepp’s Water-line extends lithely into the opening corridor of the space. The work is a functional pipeline fabricated out of now obsolescent plumbing. It’s a steady drip of water from its end into a bucket on the floor. It’s the most prominent intervention in the show and one that subtly sets up viewers’ expectations; the whole space becomes a loop and functional system. One has to choose to enter either to the right or the left of Water-line to navigate the show. These recursive systems are at work in all of Schoepp’s work here. 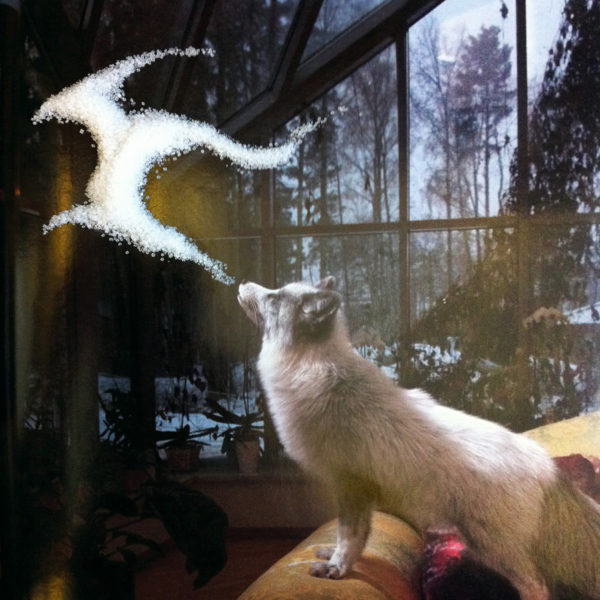 To the right of Water-line is Katchadourian’s acclaimed Seat Assignment series of photographic performances on transatlantic flights. The artist, during flight, uses images from airplane magazines and other plane-centric fodder and employs whatever is at hand to transform them. In one, a Cheeto arcs like a desert rainbow over a stock advertisement of a Marlboro man atop a sand dune. In another, the artist’s thumb pops out of a cat’s mouth. In an airplane bathroom she takes paper towels and poses as if a model in a Vermeer. At best these surprises can have a koan-like magic, and at worst, an intervention of this type can feel like a punchline.

Cameron Schoepp’s sculptures fill the center of the space, demand the most attention, and animate the gallery’s architecture. The aforementioned Water-line runs through the show like a wall. Schoepp’s work basks in the sheer pleasure of its own materiality—a playfulness and joy in the absurd that expresses itself through skewed symmetries, lines of tangled wires, and multiplying patterns. Unlike the minimalism they sometimes evoke, the sculptures transcend their own literalness. 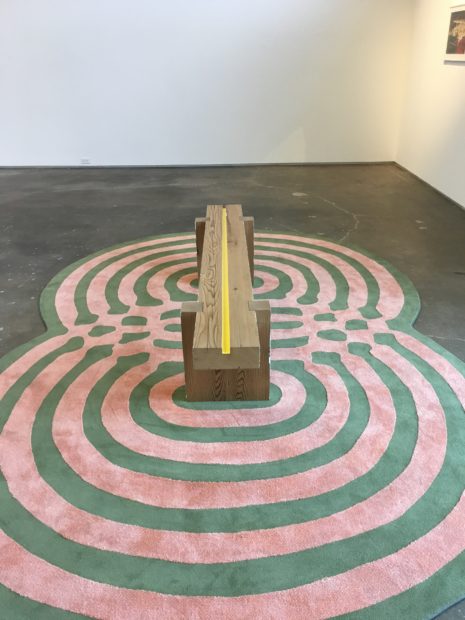 Schoepp approaches his material in Bench/Place and See-Saw through destabilizing the sentimentality of their “woodenness.” Bench/Place, in my very subjective view, is the best work in the show and has a protean quality. The bench is painted to create a lenticular pattern, so one perceives it both as wood and as a specific art object; the viewer’s perception oscillates between the two. The bench’s center painted, colored line references the rug below it, which in turn is patterned after images taken from wave-generating software. As one looks at the whole work, the bench seems to be creating vibrations in a body of water and in the space around it.

Though one might be tempted to see Donald Judd’s influence in a superficial reading of the work, Schoepp’s sculptures owe more of a debt to the metaphoric journeying of Robert Smithson. Bench/Place feels balanced, held together, whole and at the same time playful. The piece’s cascading effect of poetic juxtapositions of material and composition flows in a way that isn’t obliquely interior or dependent on biography. It becomes poetic without succumbing to the clichés of arte povera (which seems endemic among local sculptors).

On the farthest wall and central partition of Site 131, beside Schoepp’s Gas-line and See-Saw, is Jaime Tarazona’s drawings of monoliths on historical etchings. The monoliths, often black, are interpretations of the monolith from 2001: A Space Odyssey, and they descend on the scene like extraterrestrial gods. 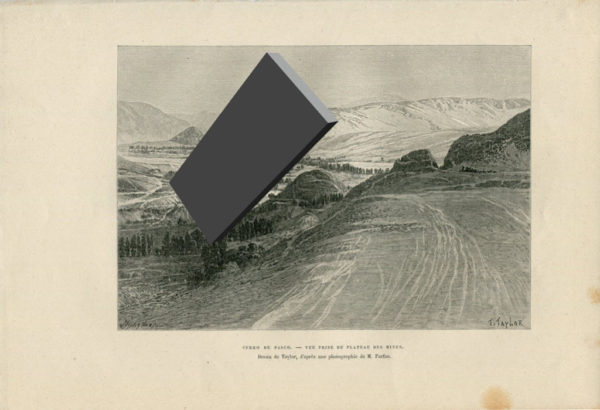 What’s interesting is the way the monoliths can be read as both subtractions—an erasing of the historical, civic, architectural spaces—and as additions, as atemporal objects changing the landscape. These works comment on modernity. Glancing over the storyboarded sequence of drawings, the monoliths move through space over a changing backdrop of historical scenes.

Tarzona claims that ecological collapse is at the center of his practice. Are the monoliths images of global warming, of a retributive god of implacable erasure? This body of work is part of Tarazona’s continued interest in flight, ecology, and history. Having relocated from Bogota to the more rural Bucaramanga, Tarazona also paints birds and airbrushes anonymous landscapes in black and white, further exploring a symbolic and metaphoric graphic language.

As a traditional exhibition, Unexpected works very well. The principled critique I might offer has to do with the various attempts to engage politics. Without directly engaging through narratives and infrastructures of social reproduction, object-based shows such as Unexpected have a tendency to be purely symbolic.

To politicize the big subjects of energy, water, and ecology, do the works need to exit the collector-driven contemporary art system Dallas adores? Or is it fine, as in the work of two of the city’s most recent blue-chip contemporary art shows—Dan Colen at Dallas Contemporary and Alex Israel at the Nasher—to make work that ends up as a centerpiece in a rich patron’s collection? Is it okay to have your work end up as a luxury object and tax shelter for international oligarchs? The show, in a tentative way, begins to probe these questions.

A Music Video about Cats Flying Through the...