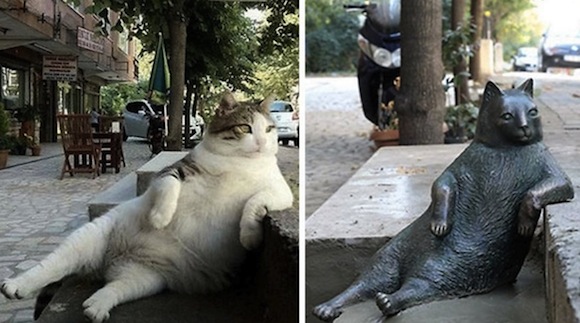 Just as the Dallas Museum of Art opens Divine Felines: Cats of Ancient Egypt (members-only preview dates are October 6-8), Istanbul honored one of its most famed felines with a statue replicating its pose that became an Internet sensation. The statue of Tombili (pictured above) was inaugurated on October 4 on World Animal Day. The sculpture was made possible by a Change.org petition that drew 17,278 supporters.

Last night, Hyperallergic posted an article called “A Tour of Meownuments to the World’s Most Pawesome Cats.” Only an article about cat statues can stand up to that title. Check out the histories of the honored cats and photos of their monuments here.