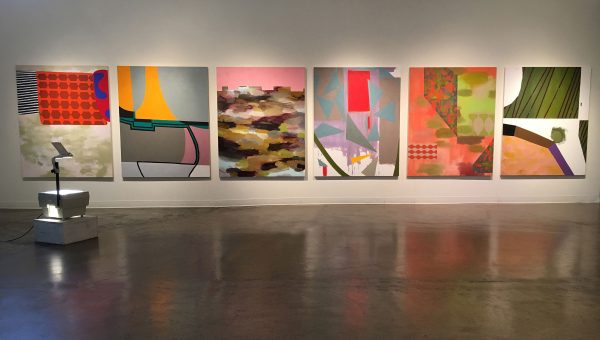 Dallas’ Conduit Gallery and Dallas Museum of Art (DMA) have announced that the DMA has acquired eight paintings by Dallas artist Ludwig Schwarz. The works, which are all large-scale (60 x 48 inch) oil paintings, date from 2015 and 2016 and were first shown in the artist’s 2016 exhibition, DESKTOP, at Conduit Gallery.  All eight paintings will be installed for public viewing in the museum’s concourse from October 2 – November 16, 2018.

Conduit Gallery, which has shown Schwarz since 2012, told Glasstire of the acquisition, saying:

“It is encouraging and commendable that the DMA has reached out to the local Dallas community to include a substantial series of work by a notable Dallas artist. We are proud and pleased for Ludwig Schwarz.”

“The DMA acquisition is exciting, plus the paintings will be exhibited next week and I’m really looking forward to that. There are plenty of people to thank and many thoughts I could share but this space can’t accommodate that, and if it could you would probably lose a lot of your audience.” 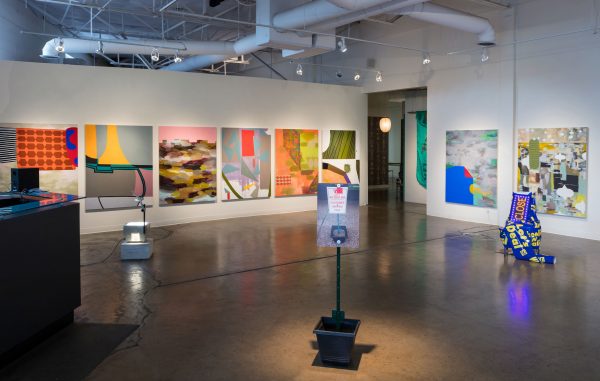 The DMA’s move to acquire works by local artists isn’t without precedent: earlier this year, the museum hosted two exhibitions in its quadrant galleries combining works by internationally-known artists with works by local artists, all of which were from the museum’s collection. Also, Schwarz already has one piece, a painting from 2007, in the museum’s collection that was purchased through the institution’s Charron and Peter Denker Contemporary Texas Art Fund. The decision by the museum to collect an additional eight paintings by Dallas artist Ludwig Schwarz only reaffirms the museum’s commitment to buy not only at the national and international level, but also closer to home in the case of artists who deserve recognition.

Schwarz has exhibited at various galleries, organizations, and art fairs across Texas and the U.S. He received his BFA from Southern Methodist University and his MFA from the  School of Visual Arts in New York. He was named one of the Top Ten Artists in Texas by Glasstire and has regularly received write-ups in the publication, including reviews of: his 2014 show at Conduit Gallery, his 2014 retrospective at Oliver Francis Gallery, and his 2003 and 2001 shows at Angstrom Gallery.

See additional details about Schwarz’s works at the DMA here.